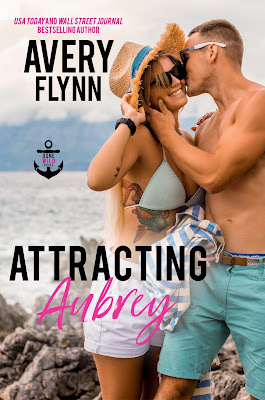 I never dreamed I’d meet my celebrity crush while stealing every single pair of my best friend’s pants.

Trust me, my life is not that wild. In fact, the most excitement I usually get is running my fan-favorite Insta thirst account featuring butt-tastic pics of Hollywood superhero Carter Hayes. So, imagine my shock when, in the middle of the cruise ship hallway, I realize the guy whose shirt I'm stuffing slacks inside of is Carter disguised as a tourist. How I manage not to faint dead away, I've got no clue.

When word leaks that Carter might be on board, he asks me to help him maintain his cover. There’s no way I’m gonna say no to that. I just don't share that I’m the anonymous woman behind the fan account that reported sighting him onboard. No biggie. Right?

However, when things between us go from friendly to hot to OMG-I-can’t-keep-my-clothes-on-around-him, all I can do is hope he never discovers my secret. You see, somewhere along the way, Carter went from an untouchable movie star to the man I’m falling for.

Five friends. One singles cruise. So many sexy shenanigans. Be sure to check out all of the standalone Gone Wild books!

Review:
Aubrey's life hasn't turned out the way she expected, she's back living in her small hometown helping run her grandmother's bakery even though she has zero skills in the kitchen, and her dreams of becoming a writer seem further away than ever. For fun she runs a celebrity fan account posting pictures of her favourite actor on Instagram but never in a million years did she expect to actually meet him.

Carter is a Hollywood heartthrob who plays an extremely popular superhero but he doesn't want to get pigeonholed into one type of role. He's been trying to convince a director to give him a chance at a more serious part but they're worried fans won't see past his superhero character. If he can spend the entire week on this cruise without anyone uncovering his true identity then he might just have a chance at the job of a lifetime, but he didn't count on running straight into a superfan who could easily blow his cover.

Attracting Aubrey is the third book in the Gone Wild series containing books written by Avery Flynn, Katee Robert, Piper J. Drake, Robin Covington and Stacey Kennedy. Each of the books stars a different member of a group of old college friends who are on a cruise trip hoping to reconnect and spend time together. This has been a really fun series that's helped me find a few new (to me) authors to add to my to read mountain.

This was a really fun and light hearted romance, I thought Aubrey and Carter were both great characters and it was hilarious seeing how tongue tied she was when she first met someone that she's spent years lusting after from a distance. Carter was actually really down to earth for someone so famous and it was obvious that he was enjoying being out of the spotlight and not mobbed by fans. I did appreciate that he came clean about his identity to Aubrey very quickly so there was no deception on his part though, it must be hard to trust in that kind of situation but he didn't want to spend time together based on a lie. I did feel like Aubrey could have been upfront more quickly about her fan account but there were several times she tried to broach the subject and he kept changing the subject so it wasn't all her fault. Either way they were a very cute couple and I was happy with how everything worked out in the end.

I'd quite like to read a story about Carter's brother but in the meantime I definitely plan to check out some of the other books that are set in Avery's hometown of Salvation: The Sweet Salvation Brewery Series (Enemies on Tap, Hollywood on Tap & Trouble on Tap) and the standalone titles Betting the Billionaire and Balls Out.