I'm excited to be taking part in the blog tour to celebrate the release of Celia Rees' latest novel This Is Not Forgiveness.  The book is like nothing else I've ever read and is a chilling story with themes of war, terrorism and much more.  I'll be posting my review later today so make sure you come back and read it.

If you haven't already heard of the book here is the book cover and blurb: 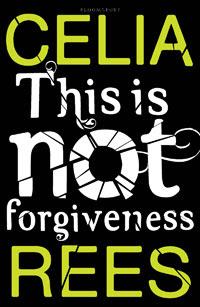 Everyone says that Caro is bad . . . but Jamie can’t help himself. He thinks of her night and day and can’t believe that she wants to be his girlfriend. Gorgeous, impulsive and unconventional, she is totally different to all the other girls he knows. His sister, Martha, hates her. Jamie doesn’t know why, but there’s no way he’s going to take any notice of her warnings to stay away from Caro.

But as Jamie falls deeper and deeper under her spell, he realises there is more to Caro – much more. There are the times when she disappears and doesn’t get in touch, the small scars on her wrists, her talk about revolutions and taking action, not to mention the rumours he hears about the other men in her life.

And then always in the background there is Rob, Jamie’s older brother, back from Afghanistan and traumatised after having his leg smashed to bits there. Jamie wants to help him, but Rob seems to be living in a world of his own and is increasingly difficult to reach.

With Caro, the summer should have been perfect . . . but that isn’t how things work out in real life, and Jamie is going to find out the hard way.

This taut psychological drama is the brilliant new novel from acclaimed Celia Rees.

Let me hand you over to Celia Rees who is going to be talking about some of the best fictional deaths . . . 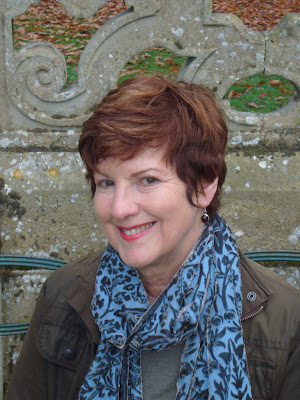 Celia Rees
Best fictional deaths
Lucy Westena in Bram Stoker’s Dracula, because she gets to die twice. I’m strictly old school when it comes to vampires. They have to be scary and they have to mean it, no veggie ‘will try to do better’ vamps for me. Once Dracula picks her out as a victim, there is no escaping; she’s destined for the family vault in Highgate Cemetery, living her vampire half life as the ‘booful lady’ preying on young children, until men with sharp stakes come to put her out of her misery. Perfect! They don’t write them like that any more, more is the pity.

Thelma and Louise in Ridley Scott’s film Thelma and Louise because they have put themselves outside the law and they don’t have any choice, which makes their deaths heroic and romantic, and maybe, just maybe, they didn’t die at all, but their car just flies, or else it lands gently on the other side of the canyon and they quietly drive away.

Anna Karenina in Leon Tolstoy’s Anna Karenina because she dies so needlessly. Throwing herself under a train for a cad and bounder – you feel like giving her a good shaking and telling her to get a grip.

Gustave Flaubert’s Madame Bovary because she dies so badly. Given to romantic fantasy and self delusion, trapped in a suffocatingly boring provincial life, she is living inside her head, embarking on affairs, spending money she hasn’t got. When it all goes hideously wrong, she takes arsenic and lies back waiting to die a nice death. That doesn’t happen. She dies in horrible agony. Anyone who thinks there is anything romantic about suicide should read Madame Bovary.

Sydney Carton in Charles Dickens’ A Tale of Two Cities. Set at the time of the French Revolution, Carton is a dissipated English barrister who tries to redeem himself by going to the guillotine in the place of French aristocrat, Charles Darney, who is the husband of Lucie Manette, Carton’s unrequited love. He steps up to the blade with the words:

I re-read it when I was writing Sovay, and had to wipe a tear way. Deaths in Fiction don’t get much better than that.


******************************
Thanks so much for a fabulous guest post Celia, I have only read (or watched) the first two stories that you mentioned but completely agree with what you said about them.  You got me thinking about the fictional deaths that have had the biggest impact on me and the first one that comes to mind is in Forbidden by Tabatha Suzuma, I can't go into detail without giving a major spoiler so I'll just say that the ending of that book made me sob like a baby.  Another one that really broke my heart was the death of Tessa in Before I Die by Jenny Downham.  You know right from the beginning that her leukemia is going to kill her but the ending had a massive impact on me because it brought back memories of my Nan's death.

Now how would you like the chance to win a SIGNED copy of This Is Not Forgiveness?


Don't forget to check out the other stops on the This Is Not Forgiveness Blog Tour for more fabulous posts from Celia Rees.  See the banner below or click here for full details of all the stops.