You may remember I've already done a book fold inspired by Patricia Briggs' Mercy Thompson series of a wolf howling at the moon to represent the werewolves of the series and Adam in particular but I wanted to make a present for a friend who is also a huge fan of the series and I didn't want to use a design that she's seen before. I also thought that since Mercy is the main character of the series it's only fair that she gets a book fold to represent her.

For anyone unfamiliar with the series Mercy is a coyote shifter and she has a tattoo of a coyote paw print so that seemed like the obvious choice for a pattern and I absolutely love the way it turned out. 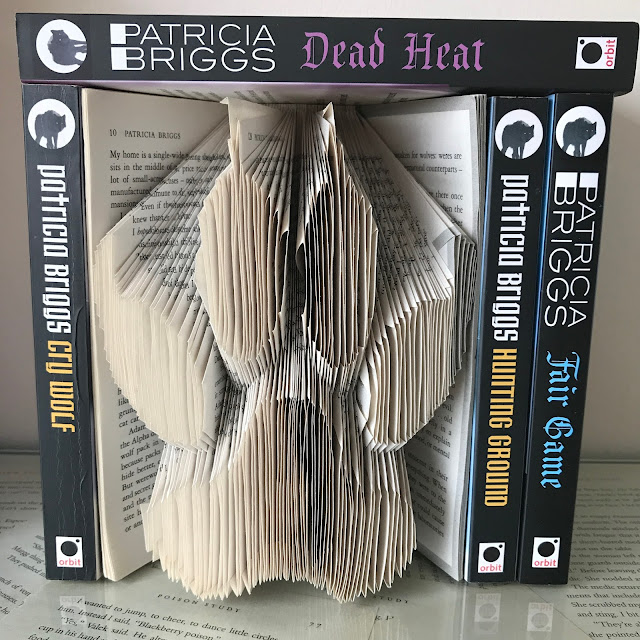 I love them even more when I see the two designs next to each other though! The paw print has been given away now but I'm definitely going to make another one for my own bookcase. 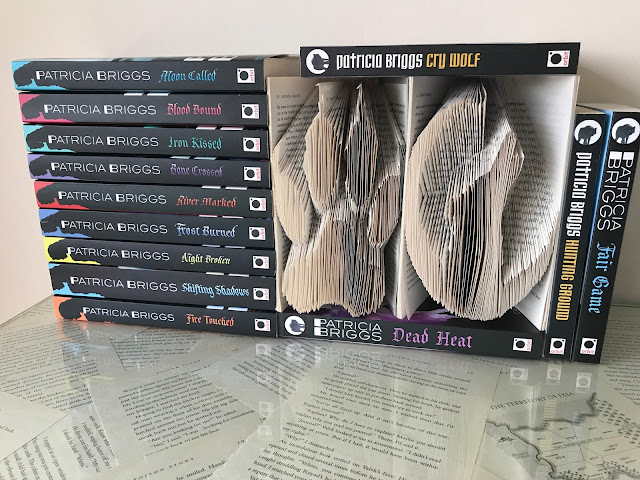 What do you think? Any other Mercy Thompson series fans out there? Any suggestions for what I should make next? I would really LOVE to make a book fold for Ilona Andrews' Kate Daniels series, the obvious choice would be a lion to represent Curran but I can't seem to find a really good lion silhouette thats suitable for making a pattern with. I need something that has fairly simple bold lines and is easily recognisable without having too much detail but so far I'm coming up blank.
at 18:00