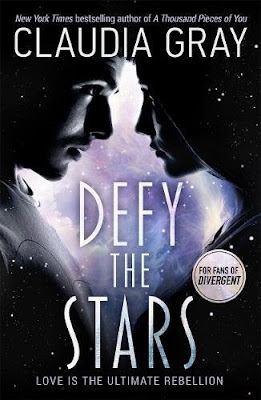 A stunning blend of action-packed science fiction and love against the odds. Perfect for fans of the DIVERGENT series.

Noemi is a young and fearless soldier of Genesis, a colony planet of a dying Earth. But the citizens of Genesis are rising up - they know that Earth's settlers will only destroy this planet the way they destroyed their own. And so a terrible war has begun.

When Noemi meets Abel, one of Earth's robotic mech warriors, she realizes that Abel himself may provide the key to Genesis' salvation. Abel is bound by his programming to obey her - even though her plan could result in his destruction. But Abel is no ordinary mech. He's a unique prototype, one with greater intelligence, skill and strength than any other. More than that, he has begun to develop emotions, a personality and even dreams. Noemi begins to realise that if Abel is less than human, he is more than a machine. If she destroys him, is it murder? And can a cold-blooded murder be redeemed by the protection of a world?

Stranded together in space, they go on a whirlwind adventure through Earth's various colony worlds, alongside the countless Vagabonds who have given up planetary life altogether and sail forever between the stars. Each step brings them closer - both to each other and to the terrible decision Noemi will have to make about her world's fate, and Abel's.

Review:
Noemi was born and raised on the planet Genesis, an Earth colony planet far across the galaxy. Genesis was supposed to be a new home that settlers from Earth could locate to now that their planet is practically inhabitable but the colonists have found their own paradise and they aren't willing to let citizens from Earth ruin everything they've worked so hard to create. If there is one thing humans are good at it's stripping a planet of all it's natural resources and destroying it from the ground up and Genesis are determined to stop that happening on their own planet. Genesis have been at war with Earth for years and they've suffered huge casualties, not helped by the fact that Earth have build mech warriors to do their fighting for them. The colonists stand no chance against an army of robots so their only option is to try and destroy the gateway that allows the enemy ships to reach them.

Noemi is on a practice run with the rest of her squadron when they are caught by a surprise influx of enemy ships. When her closest friend is badly injured Noemi is forced to take refuge on an abandoned Earth ship in search for medical supplies. It's not until she boards the ship that she discovers it wasn't quite empty after all. Abel is a mech who was accidentally left behind when his ship was damaged and he's spent 30 years trapped and waiting for rescue. The last thing he expected was for his rescuer to be one of the enemy but his programming insists he follow the orders of the highest ranking human on the ship and as Noemi is the only human on board that puts her squarely in charge. It doesn't take long for Noemi to realise that Abel might be the key to Genesis winning the war against Earth but the more time she spends with him the more she starts to realise that he isn't just an ordinary mech and perhaps there is a flaw in her plan after all.

I have to admit it took me a little while to get fully sucked into this story but by the time I got a few chapters in I was completely hooked. Noemi and Abel are both great characters in their own way, Noemi is fierce and willing to sacrifice anything to save her people while Abel is so much more than a simple robot. Abel is one of a kind, he was built to experience things the way humans do and he grows and learns just like any other person. As she gets to know him Noemi starts asking herself all sorts of questions about what it means to be human and whether a manmade artificial intelligence can actually have a soul. I loved watching these two grow as they got to know each other better, they started out as enemies but gradually learn to respect each other as they work side by side to achieve a common goal. There are hints of a romance which could have been weird but Abel was so human like in his mannerisms that it was easy to forget that he's actually a robot inside.

Defy the Stars is mostly an adventure story though, Noemi and Abel travel to several different planets as they work together trying to stop the war between Earth and Genesis and they meet lots of interesting characters along the way. The story was fast paced and there was always something new happening to keep me on my toes. I don't want to say much more but there are some great twists and this is the kind of story that will stick with you long after you've finished reading because it will really make you think about some of the issues raised. I absolutely love the main characters and its surprisingly easy to ship a romance between a human girl and a mech boy so I can't wait to see how their story continues in the next book!