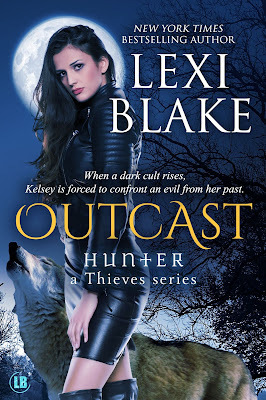 On the hunt for a vicious killer, Kelsey discovers that the true threat lies closer than she could have ever imagined.

It’s been months since Trent Wilcox was sentenced to exile, but Kelsey hasn’t given up on finding a way to bring him home. Grayson Sloane doesn’t share her enthusiasm. Loving two men is challenging enough without them being at each other’s throats, and she is unwilling to compromise on the future she knows is meant for them.

Kelsey’s only hope for bringing them all together comes in the form of the Hell lord who insisted on Trent’s exile – Gray’s father. Lord Sloane is willing to acquiesce on Trent’s punishment if Kelsey will do one little job for him. A stray wolf is on a killing spree in Wyoming and he’s killed a number of witches in Lord Sloane’s service. The situation is made all the more complicated by the presence of a sinister werewolf cult in the area. Lupus Solum is known for being cruel to their own kind, and even worse to outsiders.

Caught between a craven wolf cult, a brutal killer, a Hell lord, and a mounting pile of bodies, Kelsey is going to have her work cut out for her. But if she can solve the case, she might have a chance to earn her happily ever after. 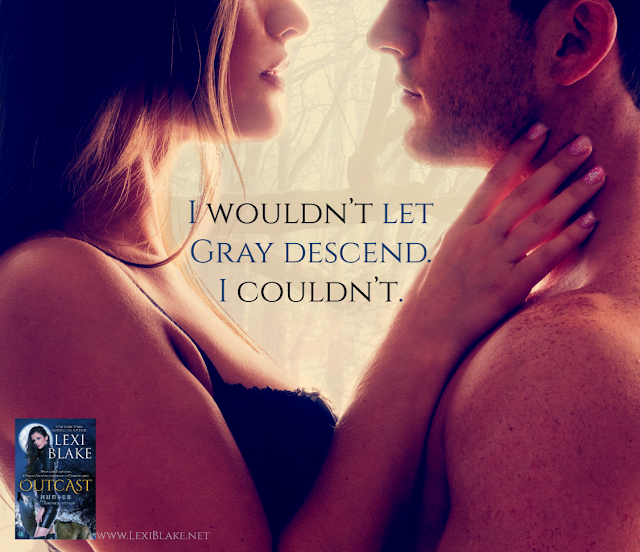 “How does that make you feel, Gray?” Felix Day was in full-on shrink mode as we sat in his office, the late afternoon light illuminating the soothing interior.

“It makes me feel like murdering Trent.” Gray was using his calmest tone. Well, his most sarcastic tone, but it was also calm. Mostly. He wasn’t pleased with his current occupation.

“And Trent, how does that make you feel?” Felix asked.

“It makes me feel like I’m wasting my day pass, man.” There was nothing calm about Trent. He was perfectly exasperated. It was obvious the day had not gone according to plan.

But then what had he expected? Probably not thruples therapy.

As for me, I just wanted my guys to get along. It had been a full six months since my wolf guy had killed my demon guy’s brother. Now that sounds worse than it really is, a fact I’ve been trying my damnedest to get Gray—the demon hottie—to see. Gray’s brother had gone by many names on the Earth plane, but Stewart had been his most frequent alias. On the demonic plane, he’d been known as Nemcox and had been totally evil. He’d learned a secret about the king’s son…

I’m moving too fast. Like I said, it’s been a while. I should catch you up. I’m Kelsey Owens. I’m this weird thing that happens when a lone wolf forgets to wear a condom and humps a human lady. I’m what’s known as a Hunter. It basically means that I’m pretty strong and have a lot of werewolf senses, but I can’t actually turn into a wolf, though I do have a demon arm—and that’s another story entirely. I work for the King of all Vampire, who also happens to be the king of the supernatural world. I’m his Nex Apparatus. It’s kind of like a combo sheriff and assassin, with a dash of therapist thrown in. I’m involved with a gorgeous half-demon named Grayson Sloan and an insanely hot alpha wolf named Trent Wilcox. We had a few super-sexy encounters together and then came the aforementioned murder. But I didn’t see why that had to mean the end of our threesome. After all, the king and his wife and partner had gone through a ton worse and still got it on all the time, and in fairly public places.

“You’re here on sufferance, wolf.” Gray was using his super-superior voice, the one he used when he knew a suspect was guilty and he could prove it. In the last few months, he’d gone back to his original job. Gray is a Texas Ranger. Not the baseball-playing kind. He’s a cop of the highest order and he works in the Ranger’s specialized crimes unit. By special they mean weird shit no one else wants to work. Basically he deals with supernatural crimes.

We’re kind of coworkers when you think about it.

It was his other job that worried me. Gray is also a dark prophet. Every now and then his eyes go midnight black and he starts to speak in what I like to call prophet rap. It’s usually a jumble of crap that doesn’t actually make any sense at all until you’re on the other side of it, but it impresses the other demons. Especially Gray’s dad, and he’s the one I worried about.

“I thought I was here to discuss potential parole,” Trent shot back with a shake of his head. “I thought you were willing to talk to me and find a way to work this out.”

Trent used to be the head of the king’s security. He had a great career, benefits, job security. Then he met a girl.

Yeah, I kind of wrecked that for him. Again, hence the therapy.

“This? You refer to the murder of my brother as this? I don’t want to work this out with you,” Gray replied, sitting back. “You misunderstand me, wolf. There is no parole. The king is high if he thinks my father will allow that to happen. The only reason you weren’t killed in the first place was to keep the peace. You will never be allowed your former place. And I have my reasons for helping Kelsey see you on a regular basis. I want Kelsey to fuck you out of her system so we can go back to normal.”

We were far from normal.

“I don’t think that’s going to happen,” Felix said, taking in the three of us with an academic air. “Kelsey is dual natured, as you know. Unlike most were creatures, she’s not fully integrated. I know werewolves like to talk about their ‘wolf’ as being something that lives inside them, but that’s a euphemism. For Kelsey the ‘she-wolf’ part of her soul is separate, and she has different needs from the human portion.”

Not exactly. Honestly, the longer I live and accept the fact that I’ve got this gift, the more the she-wolf and I get along. I totally don’t lose control and try to kill people anymore. She-wolf and I kill people with purpose now, and we’re in total agreement on what we needed and that was sex.

“I’m perfectly willing to take care of all her needs.” Trent got that smirk on his face, the alpha wolf smirk. I shouldn’t find it sexy, but I do. “How about you go and talk to your father about this bullshit punishment and I’ll spend the few hours I have here in bed with our woman.”

I was actually all on board with that plan with the exception of losing Gray. I’d had a taste of symmetrical fucking and I wanted more. Not that I didn’t enjoy my sexy times with each of them, but there’s something about having four hands on my body that does it for me. 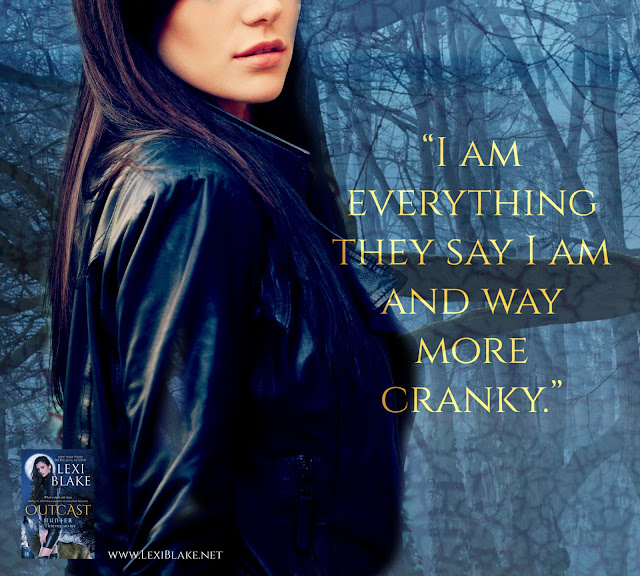 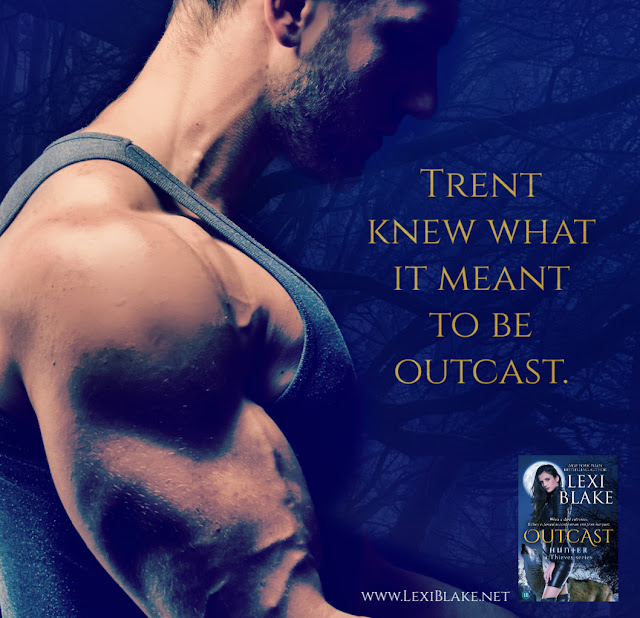