I honestly have no excuse for not getting to the Great Library series sooner though, not only am I a huge Rachel Caine fan but this series is set in a library which is surely heaven for any bookworm? From what I've heard it's full of action and adventure and I even preordered the first book when it was published way back in 2015. So why haven't I read it yet? I think I'm possibly a little nervous that it won't live up to my expectations but thats just silly really. I'm going to have to try and prioritise this series and catch up with the first 4 books before Sword and Pen comes out in September!

Anyway, if you're unfamiliar with the series, or not completely up to date, I've included the blurbs and trailers for the first 4 books here. Please be aware that there may be spoilers in the trailers and blurbs for later books (I've tried very hard not to read or watch beyond the first one myself to avoid them!). 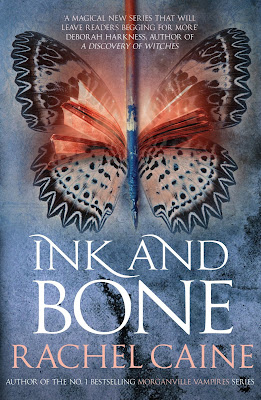 Ruthless and supremely powerful, the Great Library is now a presence in every major city, governing the flow of knowledge to the masses. Alchemy allows the Library to deliver the content of the greatest works of history instantly—but the personal ownership of books is expressly forbidden.

Jess Brightwell believes in the value of the Library, but the majority of his knowledge comes from illegal books obtained by his family, who are involved in the thriving black market. Jess has been sent to be his family’s spy, but his loyalties are tested in the final months of his training to enter the Library’s service.

When his friend inadvertently commits heresy by creating a device that could change the world, Jess discovers that those who control the Great Library believe that knowledge is more valuable than any human life—and soon both heretics and books will burn… 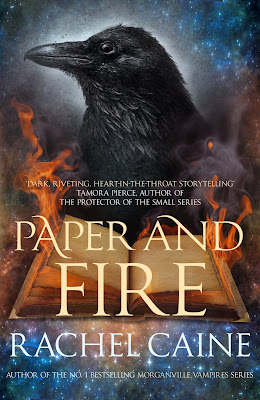 With an iron fist, the Great Library controls the knowledge of the world, ruthlessly stamping out all rebellion and, in the name of the greater good, forbidding the personal ownership of books.

Jess Brightwell has survived his introduction to the sinister, seductive world of the Library, but serving in its army is nothing like he envisioned. His life and the lives of those he cares for have been altered forever. His best friend is lost, and Morgan, the girl he loves, is locked away in the Iron Tower, doomed to a life apart from everything she knows.

After embarking on a mission to save one of their own, Jess and his band of allies make one wrong move and suddenly find themselves hunted by the Library’s deadly automata and forced to flee Alexandria, all the way to London.

But Jess’s home isn’t safe anymore. The Welsh army is coming, London is burning, and soon, Jess must choose between his friends, his family, and the Library, which is willing to sacrifice anything and anyone in the search for ultimate control… 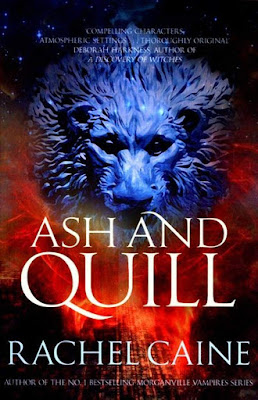 Hoarding all the knowledge of the world, the Great Library jealously guards its secrets. But now a group of rebels poses a dangerous threat to its tyranny…

Jess Brightwell and his band of exiles have fled London, only to find themselves imprisoned in Philadelphia, a city led by those who would rather burn books than submit. But Jess and his friends have a bargaining chip: the knowledge to build a machine that will break the Library’s rule.

Their time is running out. To survive, they’ll have to choose to live or die as one, to take the fight to their enemies—and to save the very soul of the Great Library… 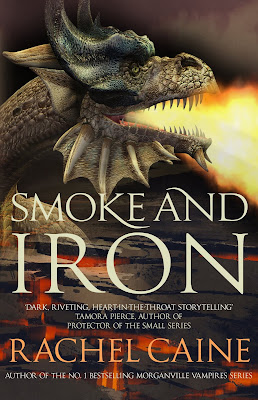 To save the Great Library, the unforgettable characters from Ink and Bone, Paper and Fire, and Ash and Quill put themselves in danger in the next thrilling adventure in the New York Times bestselling series.

The opening moves of a deadly game have begun. Jess Brightwell has put himself in direct peril, with only his wits and skill to aid him in a game of cat and mouse with the Archivist Magister of the Great Library. With the world catching fire, and words printed on paper the spark that lights rebellion, it falls to smugglers, thieves, and scholars to save a library thousands of years in the making...if they can stay alive long enough to outwit their enemies.

Considering how late I am to this party I'm sure loads of you must have at least read the first book and I'd love to know what you think of this series!
at 18:00