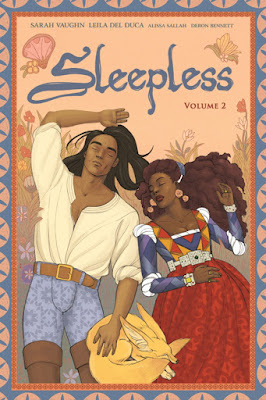 Nearly a year later in the court of Harbeny, Lady Poppy and Sir Cyrenic must forge ahead without each other. Cyrenic adjusts to life after being released from the Sleepless Vow. And though Poppy has allies old and new, she buckles under the pressure to marry Lord Helder. The future looks bleak, but both Poppy and Cyrenic are fighters. Either they will claw their way out of the darkness, or take as many enemies with them as they can. This second volume of SLEEPLESS concludes the story of Poppy and Cyrenic.

Review:
This volume picks up Poppy and Cyrenic's story about a year on from where the previous one ended. Cyrenic has been asleep that whole time ever since Poppy released him from his vow while she has been stuck dealing with court politics and trying to prevent a forced marriage to Lord Helder. Now as her wedding draws near and Cyrenic finally wakes up everything is in the balance.

After really enjoying the first book in this series I had high hopes for the sequel so I hate to say it but I was kind of disappointed. Most of the things I loved about the first volume are still there, the diverse characters and the beautiful artwork are the same but the plotting felt kind of rushed. I didn't realise that this was the final volume and to be honest I think it needed just one more, it felt like the authors had to rush through everything to fit it into two books and if there had been three they would have had time to flesh out things like the court intrigue and especially the romance.

It wasn't that this book was bad, its just having seen what the author and artist accomplished with volume one I know they could have ended this series so much better. 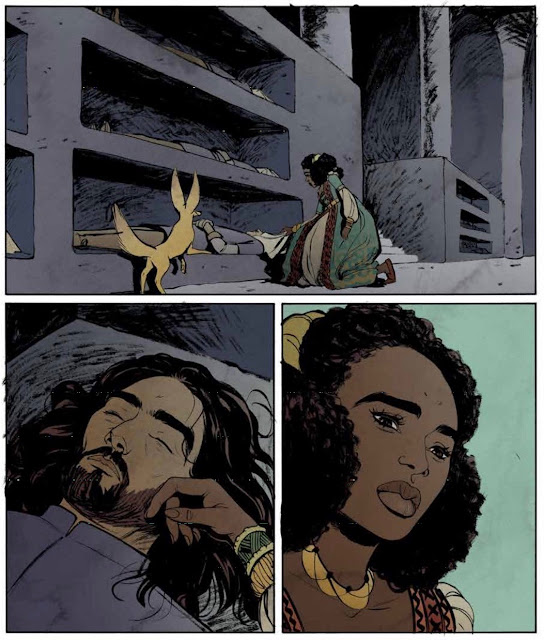 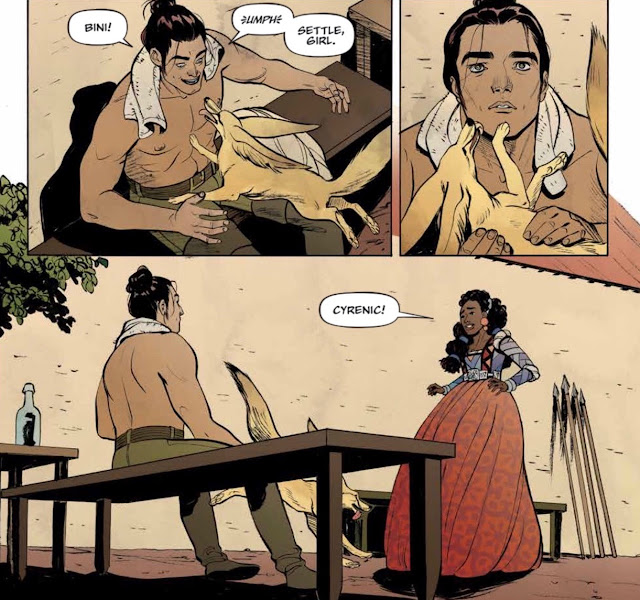