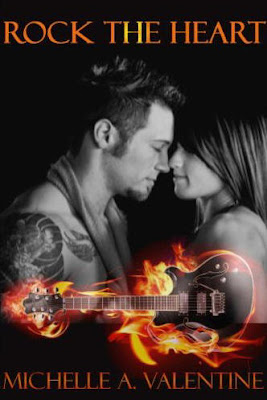 For the last four years, good girl Lane has regretted breaking up with Noel Falcon. She thought she was sensible when she told him his dreams of being a rock star would get him nowhere, but now that he's a rock god and her career is stagnant, she realizes just how wrong she was. When Noel hires the marketing company where Lane is an intern, she’s forced to see him again. If she wants to land her dream job as executive within the company, she has to win him over and secure his account. Too bad Noel is still pissed at her for breaking his heart.

When Lane’s company flies her to a Black Falcon concert to gain Noel’s attention, emotions run high the moment she sees him and realizes she’s far from over him. But Noel’s countless trysts with groupies and his cocky attitude make Lane believe he isn’t the same guy she once loved—now he seems to only want her body. Then after Lane discloses she needs him to procure a job, Noel proves he’s a changed man by forcing her to go on the road with him in order to get it.

After Lane reluctantly takes Noel up on his offer, she becomes willing to do whatever it takes to keep him satisfied, even if it means succumbing to his seductive ways. Lane soon finds deception is a dangerous game and she’s not the only one playing.

Review:
Lane and Noel were high school sweethearts but she broke his heart by leaving him when he decided to chase after his dream of becoming a rock star. Lane was convinced that Noel would never make a success of himself in the music business and wanted him to focus on getting an education and a more traditional job instead. Four years on and Noel is living the dream and touring the world with his band Black Falcon while Lane is still struggling as an intern trying to build her dream career working for a marketing company. When Black Falcon hire the company Lane is working for it could be her chance to earn a respected position with the company but to do that she is going to have to do whatever it takes to keep Noel happy - even if that means going on tour with him and the band.

I have been really enjoying reading about rock star heroes recently and Noel is one sexy rocker who I was happy to spend time with. He has the bad boy attitude down perfectly but underneath the outward swagger it is easy to see he's really a nice guy. I ended up feeling quite sorry for Noel at times, he wore his heart on his sleeve when it came to Lane, she knew that she had broken his heart by rejecting him but he was quick to admit that he still had feelings for her. I found myself getting quite irritated by the way Lane kept messing him around, she couldn't make up her mind whether to give their relationship a second chance or not and I started to get to the point where I wanted Noel to realise that she just wasn't worth the effort! Then we found out about Noel's big secret and my opinion of him changed completely. It's hard to say much without giving spoilers but I wasn't annoyed with him because of what he'd done (he was trying to do the right thing) but I was livid with him for the way he had lied to Lane about things. He should have been honest with her from the start and if I was Lane I'd probably have punched him! Thankfully they have been able to work through some of their misunderstandings though because they do work well as a couple and they have great chemistry.

I'm excited we get to see more of Noel and Lane's story when Rock the Band comes out later this month and I'm equally looking forward to Riff's story (Rock my Bed) which is due to be released at the end of February. I hope that we will eventually see each of the members of Black Falcon get their own happy ending and I really, really want to spend more time with Striker who is the lead singer of a rival band. Rock the Heart was an entertaining read but there were times when you could tell it was a debut. I'm not saying that is a bad thing because every author starts somewhere but it does mean that there were a few typos and spelling mistakes in the book. There were also a couple of phrases that got a little repetitive but overall the book is well written and enjoyable. I do think it could have been improved with a little more editing but the potential is definitely there and I am expecting great things from Michelle A. Valentine in the future.