To celebrate the release of Rupert Wallis's debut novel The Dark Inside I'm thrilled to welcome Rupert's editor Jane to the blog today so she can tell you about her experience editing the story. Before I hand over to Jane let me give you a bit more information about the book: 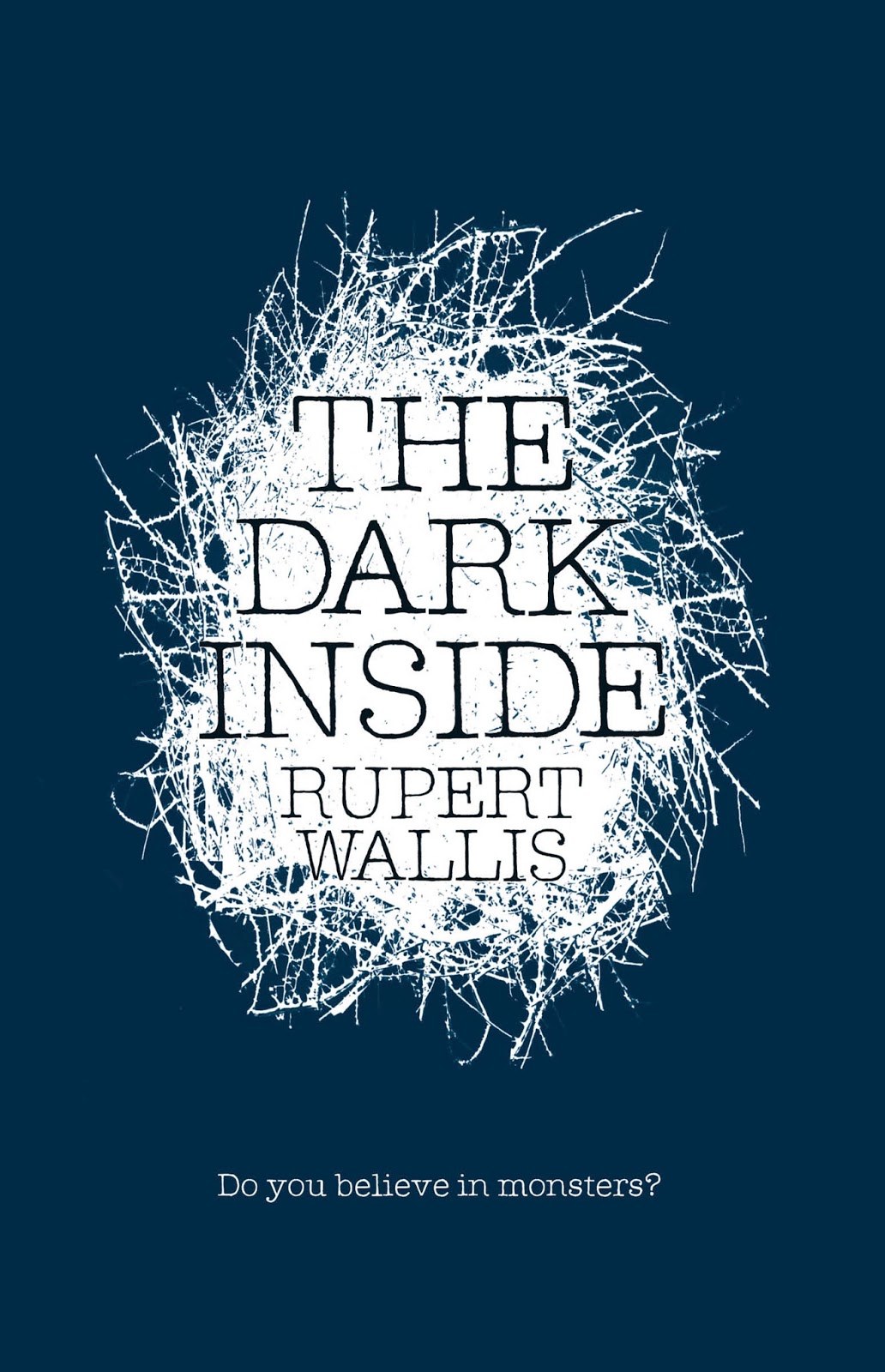 The House on the Hill has been abandoned for as long as James can remember. So when he discovers Webster, a drifter, hiding there, he's instantly curious about the story behind the homeless man. What is he running from?

Afflicted by a dark curse, Webster is no longer who he used to be. But there is said to be a cure and it might just be that by helping Webster, James will find some solace of his own. Together they embark on a journey, not knowing that what they discover will impact them both in ways they never imagined...

A gripping and haunting story about loss and hope, perfect for fans of Patrick Ness and David Almond. 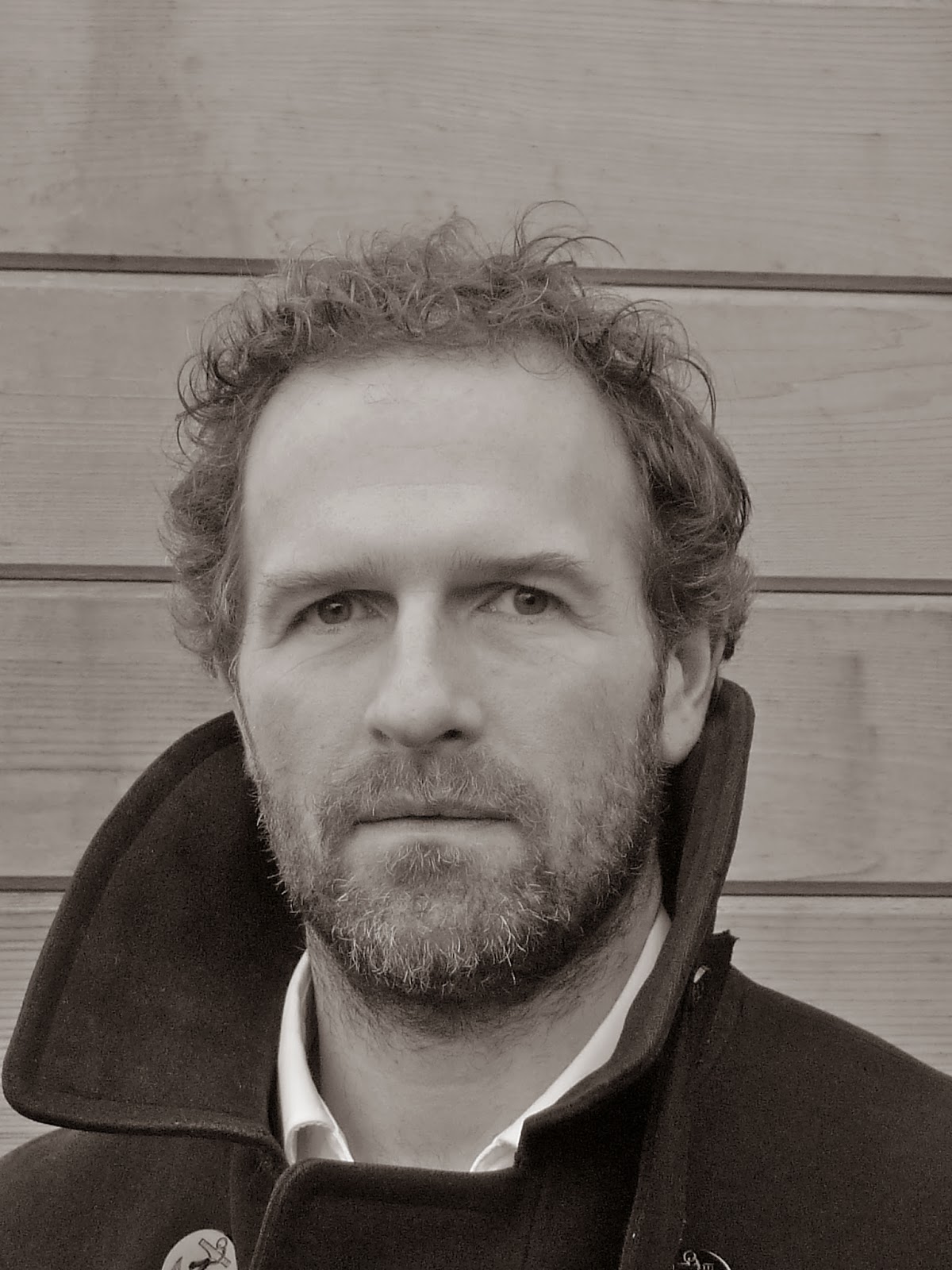 Author Bio (Taken from Goodreads)
Rupert Wallis read Theology at Cambridge University and holds an MFA in Screenwriting and Writing for Television from the University of Southern California. In 2010/11 he was one of five novelists chosen from the South West of England to participate in a mentorship programme funded by the Arts Council. He now lives in Cornwall.


Now please give a very warm welcome to Jane from Simon & Schuster!

It’s almost an editorial cliché to say that you know a manuscript is special as soon as you start reading it, but in the case of Rupert’s novel, it’s completely true. Ingrid Selberg, Simon & Schuster Children’s Managing Director, read THE DARK INSIDE first (although it wasn’t actually called that at the time, but more on that in a minute…), and almost instantly urged me to do the same and once James and Webster’s story had me under its spell, I found it hard to stop reading. In fact I did the rare thing of reading practically the whole manuscript at my desk (usually looking at submissions is something I find time for when I’m at home or on my commute). Ingrid and I soon made sure that the rest of the team were reading this special manuscript, and the response was overwhelming positive: we had to have this book! Within just a few days we’d made an offer to Rupert’s agent and were very pleased when she told us that Rupert would love to publish his debut novel with us.

The editorial process is different with every author, as you work out a balance between their vision for the book and your suggestions for changes that you think will help improve their work. In the case of THE DARK INSIDE, the draft I read on submission was especially strong and whilst I had some ideas, overall it wasn’t a heavy edit as Rupert knew his story and characters inside out. But even in a strong manuscript like THE DARK INSIDE, when you start the editorial process, it soon becomes clear how even just small changes can make one element or plot thread shine.

I don’t want to give away too much of the story, but one of the key changes we made was removing the “W” word… and by that I mean “werewolf”. In the first version of the manuscript, Webster vocalises the word werewolf, making it clear what creature he believes attacked him, but I wanted it to be more uncertain. By removing the word werewolf itself from the text, the supernatural element of the plot became much more ambivalent. It’s a change that might seem fairly simple, but that actually dramatically changed the feel of the book, especially the moment when you discover Webster believes he is “cursed”. Having Webster’s ailment unnamed – even if some of the text strongly alludes to what his “curse” might be – somehow makes it all the more powerful and also in keeping with Rupert’s own vision that readers should make up their own minds as to whether the supernatural side of the story is real or just within the characters minds. The other main change we made during the edits was to the ending. I’m sure Rupert won’t mind me saying that the original ending was perhaps a little bleak… and whilst I didn’t want everything to be completely resolved, there definitely needed to be more of a glimmer of hope. I’ll leave you to find out the actual ending yourselves, but I feel that now it’s a more fitting conclusion for the characters.

Aside from changes to the text, something else we discussed was the title. Initially the book was called DON’T BE SCARED, an intriguing title, but in-house we felt that it wasn’t quite right, it just didn’t say enough. Rupert then sent me a long list of alternatives he’d come up with whilst writing, and after discussions back and forth with the sales and marketing team and with Rupert and his agent we decided upon THE DARK INSIDE. It came from a line within the book that seemed to resonate with lots of people and alluded to both the darkness of some of the characters in the book and the metaphorical void of darkness that both Webster and James feel. Somehow it was just the right fit for the novel and seeing it on the beautiful cover – as designed by the talented Paul Coomey – I think we definitely made the right decision.

Of course once the text and title are finalised there is still plenty to do as an editor: discussing the cover brief with design, talking through marketing ideas, and in the case of THE DARK INSIDE I even went with Rupert to the printer to help with his author signing for a special edition we’re doing for independent bookshops… all these things and more are part of the process of working on a book. In-house an editor is the person who drives the book and keeps the enthusiasm going by making sure that as many people know about a book internally as possible – basically you become a bit of a broken record as you enthuse and enthuse about your books! Luckily with THE DARK INSIDE the whole team fell in love with the novel from the outset, making that part of my role very easy. I just hope that readers will see how special this book is, and that it gets the response it deserves. It is one of the books I am most excited about on our list this year, and definitely one that I feel lucky to have been able to work on. Now I’m looking forward to reading the first draft of Rupert’s next book which should be landing on my desk any day now…

Thanks for a fabulous guest post Jane, I've already read The Dark Inside and have to say I really enjoyed it so I'm definitely looking forward to seeing what Rupert comes up with next! I'll be posting my review later today but in the meantime make sure you check out the rest of the stops on The Dark Inside blog tour, see the banner below for details: