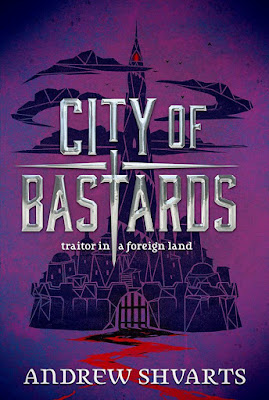 Tilla, bastard of House Kent, has it made. Safe from her murderous father in the dazzling capital of Lightspire, she lives a life of luxury under the protection of the Volaris King, alongside her boyfriend, Zell, and best friend, Princess Lyriana.

So why isn't she happy? Maybe it's the whispers and stares that follow her wherever she goes, as the daughter of the traitor waging war against Lightspire. Or maybe it's the memories of her beloved brother, Jax, who lies cold in his grave even as she tries to settle into a life in the city's prestigious University.

Then Tilla stumbles upon the body of a classmate-a friend. The authorities are quick to rule it a suicide and sweep it under the rug, but when Tilla herself is attacked by a mysterious man with terrifying powers, she's convinced of a conspiracy. Her friends beg her to stay silent; what she's suggesting is impossible . . . and treasonous.

But Tilla can't-won't-let it go. And the deeper she digs, the more questions she uncovers. How is the West beating the supposedly invincible Lightspire mages in battle? Is it connected to the shadowy cult wreaking havoc in Lightspire? Nothing is as it seems in the glorious capital, and Tilla's presence might just be the spark that sets the Kingdom aflame.

Review:
Note: City of Bastards is the second book in Andrew Shvarts' Royal Bastards series so please be aware that this review will contain spoilers for the first book. If you'd rather find out how the story begins you can read my review of Royal Bastards here.

So now we've got that cleared up let's talk about this story. Tilla, Zell and Lyriana have finally made it safely to the city of Lightspire and Lyriana has been returned to her family. While the king is grateful that his daughter has come home and is grateful for the help that Tilla and Zell gave her he's in a very difficult position because both of their fathers are still in open rebellion and trying to overthrow him. He can't really allow Tilla and Zell free roam of the city and he's not completely sure they can be trusted so he offers Tilla a place at a prestigious university to study alongside his daughter and Zell is asked to join the City Guard and help train the others on his fighting techniques.

This story has a very different feel to its predecessor, rather than the non-stop action of their journey this book is about trying to find a place in a new life. Tella is completely out of her element and trying to learn a whole new set of rules to live by. Where life in her father's castle was very relaxed and she could spend her time as she pleased here she must follow the rules and try not to upset the balance. We're introduced to new characters and have time to explore a completely new setting in Lightspire which I really enjoyed. While this book has a more sedate pace during the first half there is still plenty of action later on, Tella quickly realises that everything within the city is not what it seems and she's left trying to figure out who can be trusted and who is lying to her.

I have to admit that while I liked the new characters that are introduced I still missed Jax and I was a little disappointed that Zell wasn't around as much but I was soon swept up into the story and found myself eagerly reading waiting to see what would happen next. Some of the twists in the second half were great and things have definitely been set up for an explosive finale in the next book. This series has been a lot of fun and I'm looking forward to seeing how it all comes together!