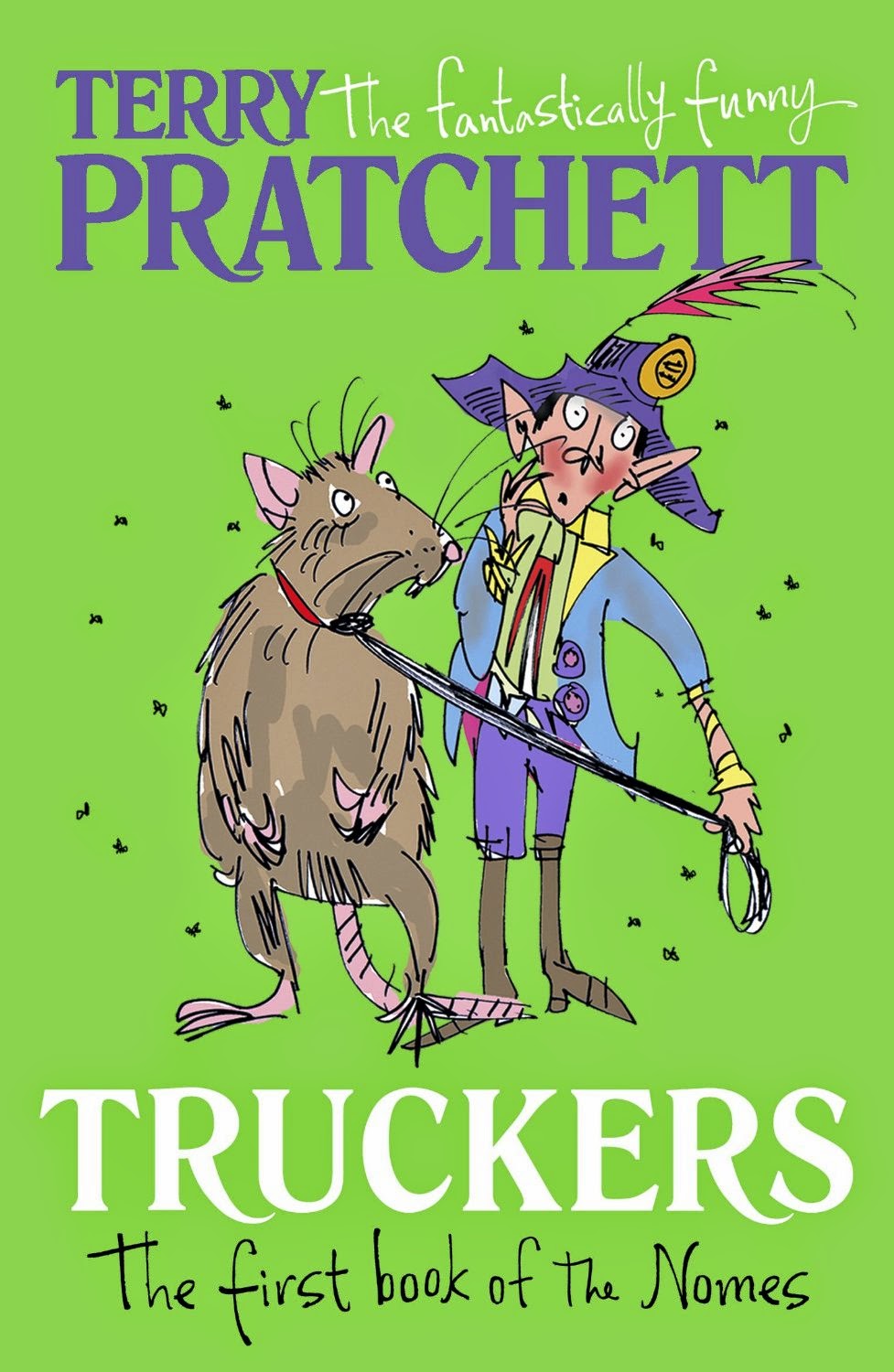 Imagine that all around you, hidden from sight, there are thousands of tiny people. They are four inches tall, brave, stubborn and resourceful.

They are the nomes.

The nomes in this story live under the floorboards of a large Department Store and have never been Outside. In fact, they don't even believe in Outside. But then new nomes arrive, from - where else? - and they bring with them terrifying news: the Store is closing down and Everything Must Go . . .

Review:
I've been a fan of Terry Pratchett's Discworld series since I was a teenager but I'd never actually read his Bromeliad trilogy so when I was given the chance to take part in the Farewell Terry Pratchett Blog Tour I thought it was the perfect time to pick up my copy of Truckers.

I didn't actually know a great deal about this story before I started reading, I knew it was a children's book and I knew it wasn't connected to the Discworld but that's about it. I was sure it would be clever and witty like the rest of Terry Pratchett's books though and I was definitely proved right there. Truckers is the story of a group of nomes who have spent so long living inside a department store that they have become convinced that the outside doesn't even exist. So they're quite shocked when a group of strangers arrives, especially when those strangers tell them that the store will be closing and that all the nomes must leave and find a new place to live.

I don't really want to tell you much more about the story but where Terry Pratchett excels is with his clever observations about life, the way he finds the completely absurd in every day life and with just a tiny twist makes us realise just how strange things we take for granted really are. Imagine if you're part of a race that is just four inches tall and that you've spent your entire life living in one building. Just imagine how scary it would be to even think of leaving, not to mention the logistical issues of trying to move an entire colony when you have to stay out of sight, have no clue where you're actually going and need to bring enough food and materials with you to survive any potential situation. That is the task that Masklin and his friends are facing and it's a daunting one.

Truckers is such a fun story but it has great morals to it too, it talks about the importance of education and equality of the sexes but it does it in a way that is easy for young children to understand and relate to. I thoroughly enjoyed this story and can't wait to carry on reading the rest of the trilogy!

Don't forget to check out the rest of the stops on the Farewell Terry Pratchett Blog Tour.