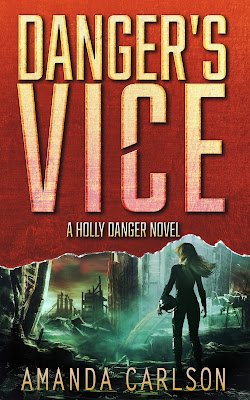 After narrowly escaping death, Holly is back on the streets in a quest to find the elusive pico. Discovering what’s on the quantum drive—the same one the outskirts had been willing to kill for—is priority number one. Daze is recovering, and forgiving the kid was easier than she thought it would be. The cranky outskirt is another story.

It doesn’t take Holly long to discover that Tandor’s crew hasn’t been obliterated, and are actively seeking retribution. They’re recruiting Northerners, but she’s found one who’s willing to spill. It’s a good thing, too, since things are starting to get strange. On the hunt, she stumbles on an old man dressed in a burial cloth, and witnesses a seeker wandering the streets where it shouldn’t be.

But after a friend gets caught up in the fray, Holly’s hand is forced. She has to act fast to procure the information she needs. But what she learns is harrowing. The outskirts aren’t just taking over the city—they’re infecting people with Plush, and the quantum drive may hold the only key. In order to save lives, she’s must find that pico. The only problem is, it might be too late...

Review:
After taking out Tandor Holly and her crew should be out of danger but it looks like his second in command has quickly stepped up to take control and he's far more cunning and ruthless than Tandor ever was. Now the stakes are higher than ever, especially since they have a chance to find out the secrets the gang were keeping on the quantum drive, all they need to do is track down a working pico computer to read it.

This series is quickly becoming a favourite, fast paced and full of action this is futuristic sci-fi with an edge and I couldn't get through this book quickly enough. Holly is taking her sustainer relationship with Daze seriously and she's determined to teach him enough survival skills that he'd be able to survive on his own if anything happened to her. Since she's quite tough and in control in most situations it's nice to see a softer side to her where Daze is concerned and the kid makes a great side kick. Case is still on the scene too but Holly isn't sure whether he can be trusted, he's lied to her so many times and it's obvious that he's still keeping secrets but he also saved all of their lives in the end so surely that has earned him a little leeway.

There's a lot going on in this story but I don't want to go into too much detail because I don't want to spoil anything, we get to see a bit more of Holly's crew and Claire has some interesting revelations about what is going on in the current government that are going to have a big impact on future stories. Holly is forced into some very difficult positions and she isn't going to get through this fight without suffering a few losses but she will never, ever quit no matter how dire the situation looks. I'm definitely looking forward to the next part of her journey when Danger's Race releases in December.