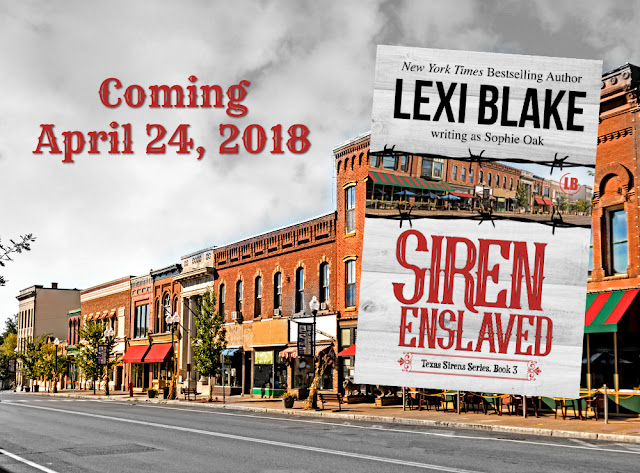 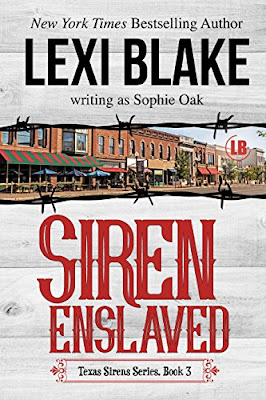 Julian Lodge has everything a man could want. He's rich, successful and owns the most exclusive club in Dallas. But something is missing.

Finn Taylor has worked his way up in the world from humble beginnings in Willow Fork, Texas. The only thing he still loves in his hometown is Danielle Bay. He never told her he was actually bisexual, and he never confessed his love for her. Now she's getting married, and Finn is sure he's lost his chance with the only person he'll ever love.

Julian's vacation to the Barnes-Fleetwood ranch brings them all together. After Dani jumps into Julian's car while fleeing her wedding, Julian knows he has to have her. But nothing is easy in Willow Fork. A danger from Julian's past threatens them all. Julian will have to convince both Dani and Finn that being his will be the best decision they ever made. 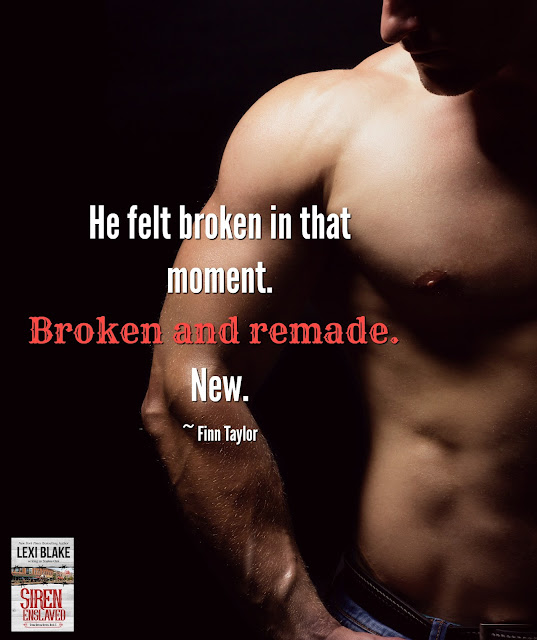 “What on earth is that look for?” Julian stared down at her, his lips pulled up in obvious amusement.

Finn leaned over so he could be heard over the loud music. “I think Dani is enjoying her role as town harlot.”

Julian frowned. “Harlot? Why would she be a harlot?”

Dani and Finn laughed together. For the first time, they completely understood something Julian didn’t.

“This is a small town, Sir,” Finn explained. “All anyone is going to talk about tomorrow is the fact that Dani Bay snuck up the stairs at The Barn with two guys. Trust me, she is going to be called all kinds of names. Mostly to her back, though.”

She shrugged. It was to be expected. At least no one would be feeling sorry for her.

Julian’s face went dark, and his fingers tightened around hers. “They had better not say anything where I can hear it.” He relaxed and nodded down at her. “I’m going to speak with Jackson, dear. You and Finn stay together. We’ll be leaving shortly. We’ll retrieve Finn’s things and go back out to the ranch.”

He turned and walked off, supremely confident that his orders would be met.

He turned back suddenly. “And stay out of trouble.”

Dani grinned. He didn’t look so confident that she would follow that edict. He walked away. She watched his gorgeous ass as it disappeared into the crowd. When she turned, she noticed that Finn was watching, too.

“I’m sorry.” Finn pulled back slightly, his hand coming out of hers. That look was back in his eyes.

“Are you going to be an asshole?” she asked.

“I thought we worked through this, but it looks like you’re going to be an asshole.” She wasn’t putting up with it. Maybe she would have before but being with them had changed her.

Being with Julian and Finn together seemed to have altered something fundamental in Dani. It had been beautiful. She’d never felt as deeply as she did when they were kissing her, loving her. There had been that terrible moment when she was sure Julian was leaving, but he’d stayed. He had to care about her. He cared, and Finn cared. She wasn’t going to let anyone take that away from her or make her feel ashamed. That was hers.

Finn stared almost blankly and then shook his head. “I’m sorry. I spent so long trying to hide this from you.”

“Hide what? That I knew you were gay? I was well aware of that. Why did you get upset because I caught you drooling over Julian’s ass?”

His eyes slid down. “Damn it, Dani. This is why I stayed away. I knew it should be only the two of us, but I wasn’t sure I could do it. I’m not sure I can stay away from men.”

Julian was shaking his head at Jack, who seemed to be teasing him something fierce. Dani stared at him for a moment. She noticed she wasn’t the only one. All around her, other women had their eyes on the hot new guy. They could look, but Julian was hers. He might not know it, but she planned on keeping him. And Finn. As soon as they ironed out a few things.

“And it never occurred to you to say, hey, Dani, here’s the problem. Let’s see if we can solve it? No, you decide to keep your mouth shut and almost let me marry someone I didn’t love because you didn’t want to admit you’re bi.”

Oh, yes, she had to fix his way of thinking. “Says who? The old biddies at church? Screw them. Why does everything have to be one way? What we did up there didn’t hurt anyone. It isn’t anyone’s business but ours. I love you, Finn, but I think I’m falling for Julian, too. Can you handle that?”

“I can certainly try, baby. I was willing to love you from afar. I prefer loving you up close.” 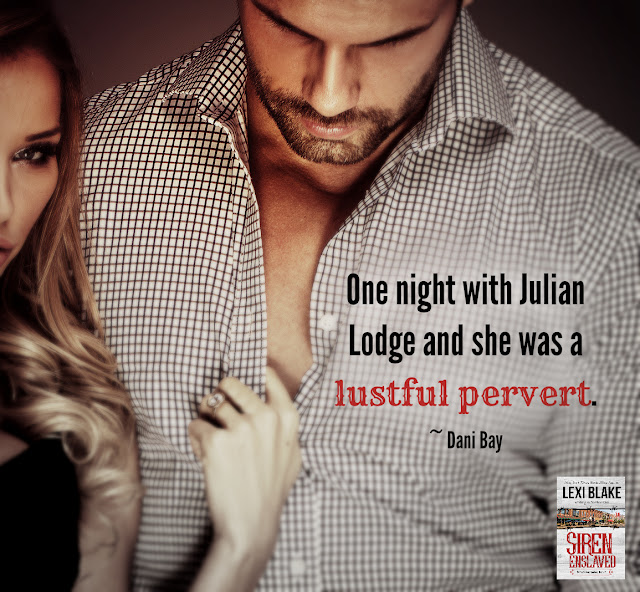 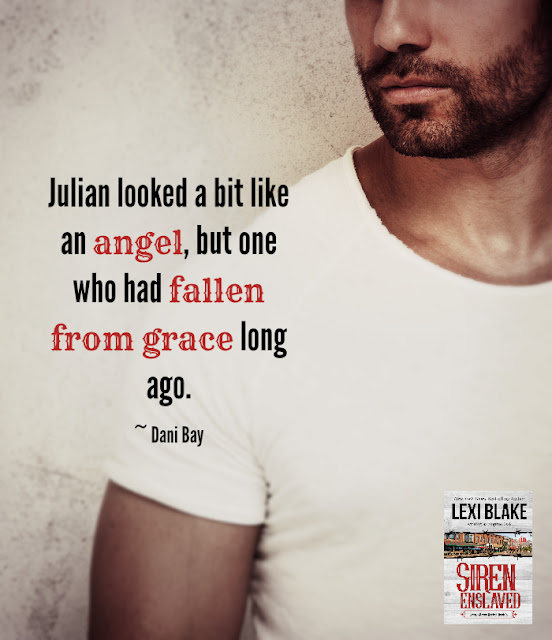