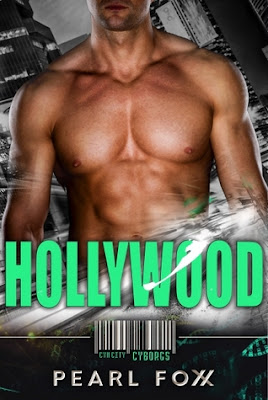 "All right, Hollywood, time for your first lesson: don't let some random stranger take you home. You never know what kind of trouble you might find."

He a charmed life in skycity
She’s got an attitude sharped in the Cyn City Slums.

Fresh out of the Cyn City Academy, Bryant is ready for a military career of ease and luxury. Even his smart-ass mouth can’t get him in too much trouble, all he has to do is flash those pearly whites and remind everyone he’s Commander Gideon’s nephew and he’s made in the shade. Besides, he’ll be off this rock and on Zynthar Space Station sooner than you can shake a tail feather.

Sage makes her living as a scrapper, stripping anything she can find for metal and bio-parts for a local cynker. When a hot-shot academy kid comes to see how the other half lives, she lures him away from the local bar, the Ball & Joint, intending to strip his hovercar, and maybe him, for parts.

What she finds beneath his cocky attitude though is worth more than all the titanium on Earth. But without the technology, metal, and biology she’s promised the cynker, Sage is going to have to make good somehow, even if it means donating herself.

Review:
Bryant is from a wealthy family and was raised in the skycity where he has just finished his military training and is ready for his first off world mission. Before he leaves the planet he's determined to have a night of fun down in the slums but he has absolutely no idea what he's just let himself in for. Sage is a scrapper who lives hand to mouth and survives by committing terrible sins. The minute she spots Bryant she can tell he'll be an easy mark and if she doesn't take advantage of him someone else will so she might as well get in their first.

Hollywood is a prequel to Pearl Foxx's new Cyn City Cyborgs series that you can get for free by signing up to her newsletter. It introduces us to a new world where human flesh is expensive and cyborg parts come cheap. Down in the Cyn City Slums the best way to make money is by selling your organs, limbs or tissue, or if you're brave enough you could sell someone else's. It's a hard world and pretty dark and grim but I'm very curious to see where the story takes us as the series continues.

I have to admit this story needed a little more world building for me, I get that it's just an introduction and I'm sure my questions will be answered in the next book, but I was left with a few too many questions and the romance felt more than a little rushed in this one which is why it didn't get a higher rating. It was enough to make me want to try the next book though so I'm hoping Chance, the first full length book in the series, will hook me in even further.

Source: Received for free via the author's newsletter