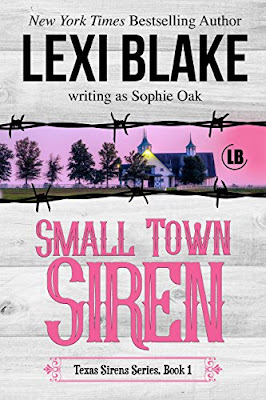 Re-released in a second edition with a prologue and three new chapters.

Jack Barnes and Sam Fleetwood met in foster care. Over the years, they’ve become best friends and partners. They share a business as cattle ranchers and a house. There’s only one thing missing: a woman to share. The men are sure they’ve found that woman when Abigail Moore arrives in their small town, Willow Fork, TX.

A woman trying to find her place in the world…

Abby left her hometown twenty years before under a cloud of scandal. She’s raised a daughter, forged a new life for herself, and is ready for the next phase when she meets the handsome cowboys.

They’re a dream come true—Jack is the sexy Dom, and Sam the playful lover. It’s everything she’s ever fantasized about. There’s only one problem. She’s still not welcome in Willow Fork, and someone is willing to kill to keep her away.

Review:
Jack and Sam met in foster care and have been together ever since, they work together running their own cattle ranch and they play together whenever they find a willing woman but they've never found someone that they wanted to be a permanent partner until they meet Abby. Abby left Willow Fork twenty years ago under a cloud of scandal that she didn't deserve and she had no intention of ever returning. She's only come home now to take care of her sick mother but she plans on keeping her head down and escaping as soon as her mother has recovered enough to look after herself again. Plans change when she gets caught up in Jack and Sam but if the rest of the town can't leave the past where it belongs then Abby is never going to feel comfortable making her home there.

After loving Lexi Blake's recent rerelease of the newly updated Three to Ride I couldn't wait to pick up more of her stories so I immediately purchased a copy of Small Town Siren. This story has also been updated with extra chapters and additional scenes and the author is slowly rereleasing all of her books that were previously published under the pen name Sophie Oak. If you enjoy small town romances but are looking for something hotter than average and with a nice amount of suspense then I think these books are well worth checking out, especially if you're partial to menage stories!

I have to confess I didn't love the atmosphere of Willow Fork quite as much I did Bliss, there were some nice characters and I liked Abby's childhood best friend and her family but in general people in the town seemed more judgmental and willing to hold a grudge than they did in Three to Ride. Bliss is more full of fun, quirky characters and a bit of an anything goes kind of place so it had a lighter atmosphere. Having said that I think that one person in particular was causing a lot of the problems in Willow Fork and I'm really hoping that we'll see things start to change in future books!

To get back to the important part of the story I can say that I absolutely loved Jack and Sam. They're best friends who are as close as you can get but in a lot of ways they're opposites so Abby really does get the best of both worlds when she falls for both of them. Sam is more laid back and relaxed, he's happy to go with the flow and he's willing to follow Jack's lead while Jack is the dark and brooding type who is more intense and definitely prefers to be in control. They've both had difficult pasts but Abby's background hasn't been a bed of roses either so they all understand each other and are able to fulfil each other's needs.

The chemistry between them all is intense and explosive and I didn't have a problem at all with their instant lust but I do think their relationship developed quickly and moved into love and marriage territory a little too fast. I've since found out that the second book in the series, Siren in the City, is also devoted to this triad though so I'm really hoping that will give me the growing bonds I was hoping for in this one. I'm definitely happy to spend more time with these three though, I really enjoyed the beginnings of their relationship and now I'm excited to watch that relationship strengthen and get deeper.