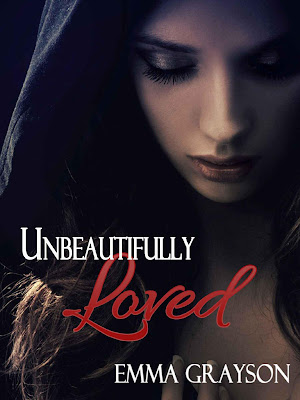 In three words I can sum up everything I learned about life. Regardless of the shit going on in your life, this fact still remains.

Lexie Todd knew these 3 simple words. They were her mantra. So, after dealing with years of abuse at the hands of her boyfriend and the father of her son, she knows what needs to be done. With help from her best friend Mollie, they go on the run.

After months of being on the run they finally find the perfect town to settle in. Unable to trust and always having her guard up, the last thing Lexie wants is to get involved with Lukas Gunn.

After an incident leaves her vulnerable, Lukas knows there’s something haunting her. He’s determined to find out, wanting to protect her and make her his. But Lexie is determined also. Not wanting to give up her past, she pushes him away. Repeatedly.

But when history repeats itself, will Lexie finally be able to trust those around her to keep her safe? Will Lukas be able to save her? Or will Lexie succumb to only knowing what it’s like to be Unbeautifully Loved?

Review:
Lexie spent years suffering at the hands of her abusive ex before she finally had enough and managed to escape with the help of her best friend Mollie. Now the two friends have spent the last 8 months running from one place to the next trying to stay one step ahead of Dex. Luckily Lexie's young son Finn thinks it is all a big adventure but she knows that what he really needs is a stable home. Mollie has found somewhere that she thinks will make a good home for them but Lexie is wary of staying in one place. Until she meets Lukas, her neighbour and a police detective he makes her feel safe for the first time in years but can she trust him with her darkest secrets and what will happen if Dex catches up with her?

I have to say I was completely hooked into Unbeautifully Loved from the prologue, Lexie is in such a terrible situation and you have no idea how she got there. The story then goes back several months and we follow Lexie's journey and see just how she ended up getting herself into so much trouble. Emma Grayson certainly throws us in at the deep end and she isn't afraid to tackle difficult subjects even though this is her debut novel. My heart really broke for Lexie and the things that she has suffered at the hands of her ex, life hasn't been easy for her and if it hadn't been for her best friend Mollie you can easily imagine that she would have ended up dead if she'd remained with Dex. I loved the friendship between her and Mollie, Mollie is the kind of friend we all need to have in our lives, someone who dropped everything to help Lexie and who has gone above and beyond to keep her and Finn safe.

I also loved Lukas, he was a great alpha male - protective, sweet, caring and sexy as hell. He could also be far too overbearing though and unfortunately that is where the story started to fall down a bit for me. I found it difficult to believe that Lexie would fall for Lukas so quickly given her past relationship history, especially when Lukas could come across as so controlling and bossy. Now I completely got that Lukas was trying to protect her and keep her safe and his actions wouldn't have bothered me so much if it hadn't been for Lexie's history - I felt it should have raised huge warning flags for her and I would have expected her to be much more skittish and wary around men in general. Someone who has suffered so much abuse is unlikely to enter a relationship (or even become friends) with a man as fast as Lexie did. It wasn't just Lukas that she lets into her life quickly, there was also the people she worked with, including a lecherous boss, and another new guy that comes into her life wanting to be friends. As much as the relationship between Lexie and Lukas was hot as hell I really would have enjoyed it more if they had spent more time getting to know each other and if Lukas had had to work a bit harder to earn her trust and get her to open up to him.

I also can't review this story without mentioning the editing problems, this book could have been so much better if someone had edited it. I expect there to be more errors in a self published novel than there are in a traditionally published one but in this case there were times it didn't feel like anyone had even proofread the story. There were so many errors that if I'd been reading a print book I would have got a red pen out and marked practically every page. You have cases where words are missing or incorrect, apostrophes where they shouldn't be (the word likes should NEVER be written as like's unless you have a character with the very unusual name of Like and you're talking about something that belongs to her!) and missing from where they should have been and there were numerous examples of awkward phrasing where words were repeated as many as 3 times in one sentence. I can be quite generous when it comes to errors but normally I wouldn't even finish a book with this many problems so I have to give credit where it's due and say that Emma Grayson's story was good enough that I just had to keep reading to know how things would end. It's just disappointing because I think with the help of a good editor it could easily have turned into a four or possibly even five star read.

One thing I really liked was the fact that the story doesn't end on a cliffhanger, Lexie and Lukas's story is complete and the next book in the series will focus on Lukas's friend Kane. I am really curious about Kane's story and I would really like to read it but I think I'm going to wait and read some reviews before I buy it. If the story is properly edited I'll definitely be picking up a copy but I'm wary of errors potentially marring the reading experience like they did with this one. I would still recommend giving Unbeautifully Loved a try though, it gives insight into what women can go through in an abusive relationship and does show how Lexie battles to rebuild her confidence after years of Dex telling her she's worthless. If you're someone that is easily irritated by grammatical errors though then this might not be the book for you - unless the author releases an updated and highly edited version later down the line.