From the bestselling author of On Dublin Street, 'Scotland's EL James' (Sunday Post) comes a seductive story of forgiving the past and making up for lost time . . .

Shannon MacLeod has always gone for the wrong type of man. After she drifted from one toxic relationship to the next, her last boyfriend gave her a wake-up call in the worst possible way. With her world shattered, she's sworn off men - especially those of the bad-boy variety.

Cole Walker is exactly the sort that Shannon wants to avoid - gorgeous, tattooed, charming, and cocky. But his rough exterior hides a good man - one who's determined to pull Shannon from her self-imposed solitude and win her heart.

As Shannon begins to open up, the passion between them ignites to blazing levels. But when her past comes back to haunt her, her fears may destroy the trust Cole has built between them - and tear them apart for good . . .

Review:
I've been a fan of Samantha Young since I first read On Dublin Street and this series really has just got stronger and stronger as it's gone along. Cole was a sweet boy when we met him in Down London Road but we really got a chance to see what a fabulous man he'd grown into in Fall from India Place so I was incredibly excited to finally read his story. It's felt like Echoes of Scotland Street was a long time coming but Cole was definitely worth the wait and he's my kind of hero!

We already know that Cole didn't have the best upbringing thanks to his alcoholic and abusive mother. As much as his sister Jo, and her now husband Cam, have been positive influences in his life helping him become the wonderful man he is today deep down he still has the scars from the way his mother treated him. Those scars may be hidden deep but they are there if you look closely enough. Cole has seen how wonderful life has been for Jo since she met Cam and what he wants more than anything is to find the right woman for him so he can settle down and start a family of his own. He knows from the moment he meets her that there is something special about Shannon but she has sworn off of men and for the first time in his life Cole finds himself wanting a woman who isn't interested.

Shannon isn't completely immune to Cole's charms, in fact she is incredibly attracted to him, but she doesn't trust her judgement and is scared to take a risk. She has always been drawn to the bad boys which has led to a string of broken relationships and heartbreak and she has sworn to herself that she will never go down that road again. Tattoo artist Cole may look like a bad boy but he's actually one of the sweetest, kindest men you could ever ask to meet. Shannon doesn't take too long to realise how badly she has misjudged him but she is still wary and scared of getting hurt. Something terrible happened in her last relationship and she still hasn't forgiven herself for everything her family went through in the aftermath. She wants to trust Cole and if she's honest with herself she can tell he's different to the guys she has known before but she is still scared to take a chance on him. Cole is going to have to work hard if he wants to gain her trust and start a relationship with the woman of his dreams.

I loved Cole from the very first page so of course I was irritated with Shannon when she immediately misjudged him but to be fair to her I think most of us would have had the same opinion if we'd had the same relationship history as her. I was so pleased that Samantha Young didn't drag out Shannon's negative opinion though, it didn't take her long to realise how wrong she'd been and she was woman enough to speak to Cole and apologise for her previous actions. I can always find respect for people who are willing to own up to their mistakes and do something to fix them. Shannon and Cole were perfect together, not only do they have fantastic chemistry (and trust me the heat between them is off the charts!), but they also have a lot in common and their relationship is based on a solid friendship. I loved the fact that Shannon wasn't jealous of his friendship with Hannah and I also loved the way she stood her ground when a certain woman tried to butt into her relationship with Cole. Shannon has every reason not to trust men but she knows she's onto something good with Cole and in spite of a misunderstanding between them towards the end of the book overall this story was fairly drama free which I appreciated.

Echoes of Scotland Street is a fabulous instalment to the series, Shannon is someone I could see myself being friends with (if I wasn't so jealous that she got my man Cole LOL), and Cole is definitely a hero worth swooning over. Although you don't need to read this series in order because each book is about a different couple I would recommend starting with On Dublin Street, not only because all of these stories are fantastic but because you really get to know the whole group of characters as the series continues. I love the fact that all of the previous couples make appearances in the later stories and it always makes me smile to see how happy they all are now. I'm going to end this review by saying that I can't wait to get my hands on the next book, we are introduced to the hero in this story (all I'm saying is he's a close relative of Shannon) and I have a feeling I'm going to love him! 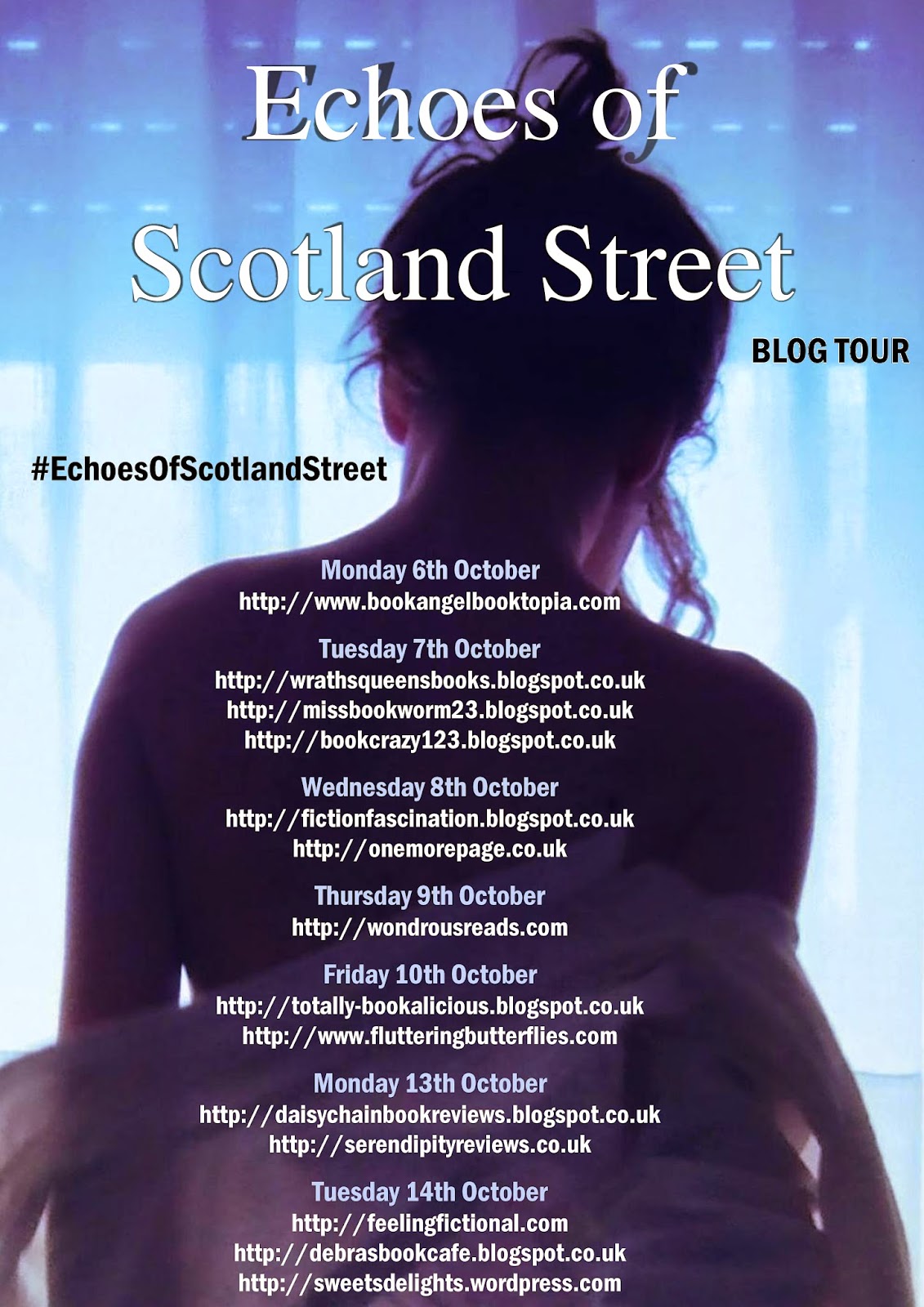