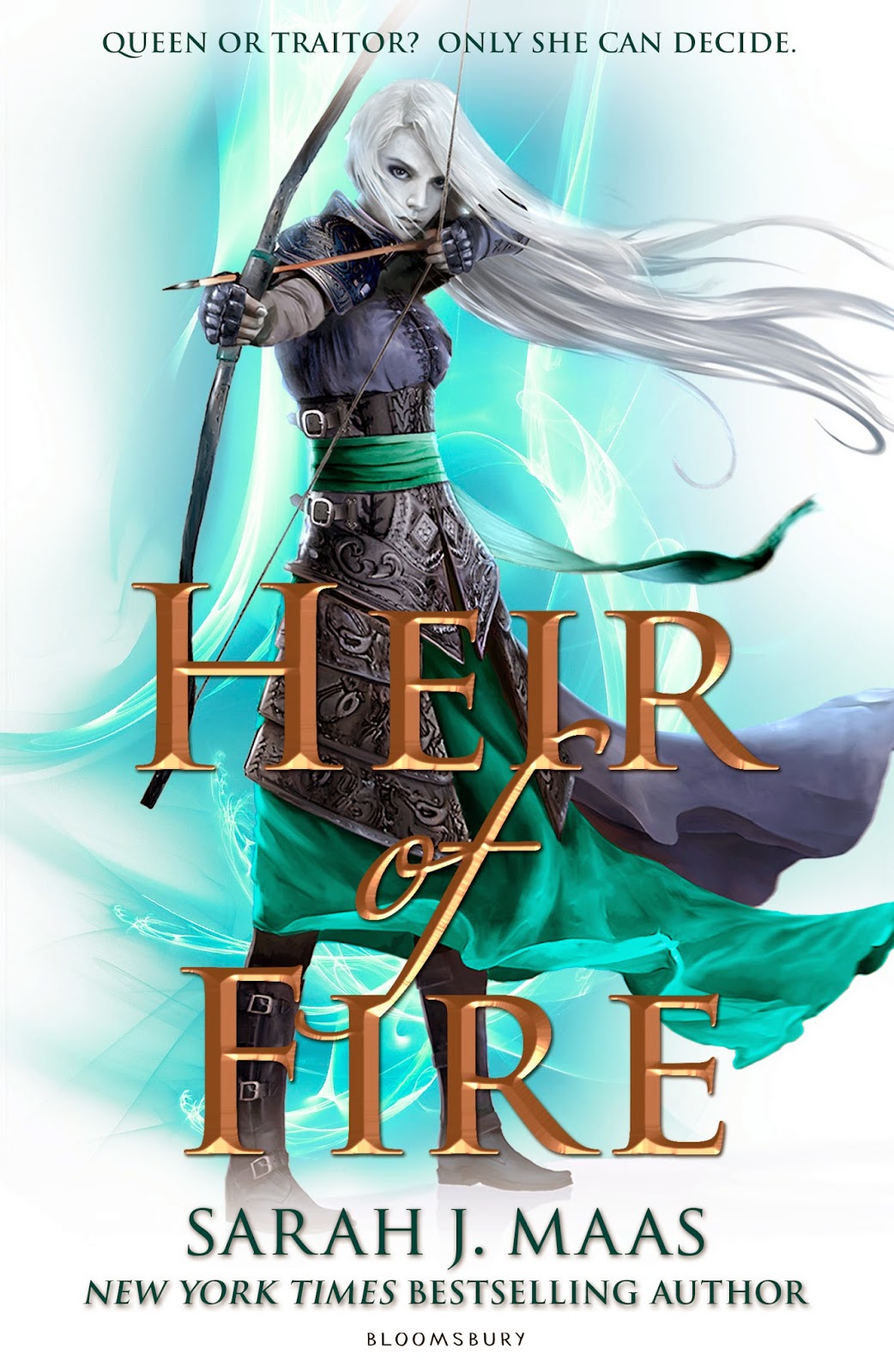 Consumed by guilt and rage, Celaena can't bring herself to spill blood for the King of Adarlan. She must fight back . . .

The Immortal Queen will help her destroy the king - for a price. But as Celaena battles with her darkest memories and her heart breaks for a love that could never last, can she fulfil the bargain and head the almighty court of Terrasen? And who will stand with her?

Review:
I have loved this series since the beginning but it really is amazing to see how far Celaena has come since we first met her. The end of Crown of Midnight saw her leaving everyone she's come to care about behind in Adarlan as she set sail for Wendlyn hoping to learn more about her fae heritage and hopefully find some new allies to help her fight against the king of Adarlan. The Celaena we see at the beginning of this book is a shadow of herself, she is depressed, alone and scared of what the future holds. She doesn't know how to find the fae queen who may hold the key to the upcoming battle and she is losing hope that she can win this war. After everything that happened she is grieving for Nehemia and she misses Chaol more than she can even put into words.

When Celaena meets Rowan, a soldier working for the fae queen, she has lost all confidence in her abilities but the only way to get the help she needs is by convincing Rowan that she is worthy. Rowan doesn't take it easy on her but he does start teaching her how to use her fae powers. I loved the friendship that slowly develops between Celaena and Rowan, they have both been though things that should have destroyed them but they are survivors and their drive for revenge burns deeply. They may not like each other much, especially in the beginning, but they understand each other and working together brings out the best of both of them. I loved Rowan's character, he is so hard on Celaena and very closed off emotionally but he is definitely a guy of honour and I enjoyed seeing him and Celaena together. I have to say I'm still on team Chaol though so I really hope we don't see this developing into a new love triangle in the next book! At the moment I feel like it's mainly friendship between Celaena and Rowan but I could see that easily slipping into something more if she lets it so I'm really hoping that won't be the case.

While Celaena is learning about her powers and looking for allies Chaol is stuck in Adarlan working with the king. He made a bargain with his father to get Celaena to somewhere he thought she would be safe but now it's time for him to live up to his side of the deal and that's the last thing he wants. Things are hard for Chaol, he is still struggling to come to terms with everything he has discovered about Celaena and his loyalties are torn between the woman he loves, the prince who has always been his best friend and the king he swore to protect. He is determined to make sure Dorian will be safe before he leaves though and now that he has discovered just how dangerous the king really is Chaol has to decide just how much he is willing to risk for Dorian and Celaena. I'm going to admit that I missed having Celaena and Chaol together, I love them as a couple and it was hard to see them both so miserable and on opposite sides of the continent but I was so pleased to see some of the story from Chaol's point of view. He has difficult decisions to make but I enjoyed seeing him make some new allies and start putting plans into motion.

Alongside the characters we already know and love we are also introduced to the witches, in particularly Manon, heir to the Blackbeak clan, and her coven of thirteen. The witches have been supplied with wyverns (dragons!!) to give them an advantage in the upcoming battle and we get to see them choosing mounts and training them. Manon is a fantastic, complex character who has done a lot of bad things with absolutely no remorse but the more you get to know her the more you start to see that she really does have a heart it's just very well hidden. I absolutely loved her wyvern Abraxos and it was when he was introduced that I started to see just how great Manon is, the two of them as a team are pretty much unstoppable.

I don't want to say too much more about what happens in this story, there is plenty going on and it can be quite hard to tell which characters are trustworthy and which are plotting against Celaena and her friends. We are introduced to some fabulous new characters who I think will have a massive role to play as the series continues but we also see a lot of development in the characters we already know and I think things are about to get even more interesting. I love the way Sarah J Maas always manages to surprise me with the direction she takes things and I really couldn't tell you what I think will happen in the next book. Heir of Fire is a must read for fans of this series!

Other reviews of this book:
Reading Lark
If you have reviewed this book on your blog please leave a link to your review in the comments & I'll add the link here.