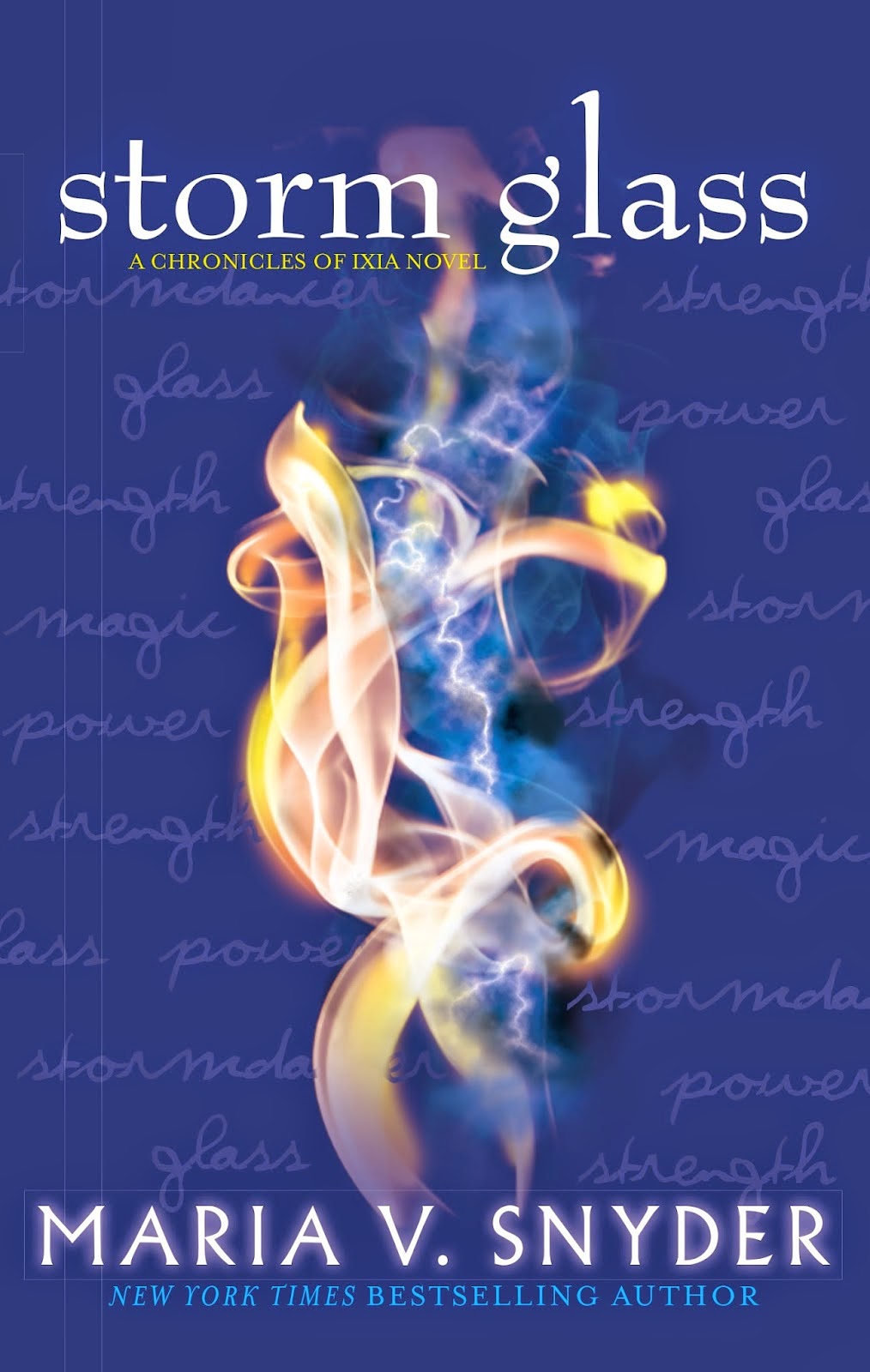 With her unique magical abilities, Opal Cowan has always felt unsure of her place at Sitia's magic academy - but now it's time to test her powers in the real world.

Under threat from a deadly massacre, the powerful Stormdancer clan need Opal's unusual skills to protect their people. And their plea is impossible to resist, especially when it comes from mysterious, mercurial Kade.

Yet pulling her powers in unfamiliar directions pushes Opal to uncover a new kind of magic as stunningly potent as it is frightening, with danger and deception rising around her, will Opal's untested abilities destroy her - or save them all?

Review:
I have become a huge fan of Maria V. Snyder's since I discovered her books, I absolutely loved the Study trilogy staring Yelena and Valek but I was also looking forward to exploring more of this world she has created and meeting a new cast of characters in the Glass series. Although these trilogies are about different characters I would personally recommend reading the Ixia books in order, starting with the Study books and then moving on to the Glass series. It will make more sense to you that way as you'll get to see the full scope of the world and characters from previous books do make appearances in Storm Glass.

Opal was introduced in the previous books but we didn't get to know her well so I was really excited to learn more about her abilities to create wonderful creatures using glass and capture magic inside them. The magical glass she makes can be used by other magicians to communicate over long distances and I was interested to see what else she was capable of. One of my favourite things about this book was the description of glass blowing, I found it absolutely fascinating and it was described so vividly that I was able to picture exactly what Opal was doing. I actually quite fancy learning how to blow glass myself now and might have to look into the possibility of finding a class if it's not too expensive.

Opal has been studying at the Keep under the master magicians for four years now and although she is the only one who has the ability to trap magic within glass she really struggles with even the easiest kinds of magic. The other students make fun of her and consider her a one trick pony and she feels incredibly frustrated that she can't get the hang of anything else. She worries that she doesn't deserve her place at the Keep and is nervous that she will be sent back home.

Kade is a Stormdancer who is able to trap the energy from storms in glass orbs, these orbs are then used as an important energy source for factories and businesses but it is creating them and bleeding energy from the storms that helps the clans survive the winter weather. The Stormdancers have a problem though, the latest batch of orbs aren't able to do the job they were made for and they are cracking when they try to fill them with energy. Not only does this mean they are unable to reduce the strength of the upcoming storms but it also puts lives at risk when they try to channel the energy. Since this is a problem with glass Opal is the obvious person for the Keep to send to assist them but things are a lot more complicated than they first appear and Opal soon finds herself in the midst of a complex web of deceit and betrayal.

I found myself really liking Opal, she isn't as strong as Yelena was in the beginning, in fact, she's a little unsure of herself and doesn't really have much confidence in her magical abilities but she's intelligent and hard working which made it easy to respect her. We've already seen her kidnapped and tortured so the fact that she's come out the other side of her ordeal and with her sanity in tact shows that she has a strong backbone even if she doesn't realise it herself. I loved seeing her grow in confidence throughout the story, she really does come a long way and I'm sure we're going to see that continue throughout the series. I loved seeing her discover new sides to her abilities and things are definitely going to get interesting now we've seen more of what she is capable of. Opal may not be kick-ass in the same way Yelena was but she definitely has her own strengths and I'm glad she's so different to our previous main character.

I loved Stormdancer Kade from the beginning so was rooting for the two of them to end up together. I was a little frustrated by the triangle that formed when Ulrick came on the scene, I never really warmed to his character and hope that he doesn't have such a big role in the second book. It was also great to catch up with some of the characters we already know and love, Yelena makes an appearance along with her brother Leif and we also get to see a fair bit of Janco which was nice. I'll admit to being a little disappointed that we didn't get to catch up with Valek but I'm hoping that will change in the next book. Even though Storm Dance is a long book I found it to be a very quick read because I didn't want to put it down. Maria V. Snyder has a way of writing that hooks me in from the get go and I always feel incredibly invested in her characters and the journey they take. I can't wait to continue reading this series and see where she takes Opal next!