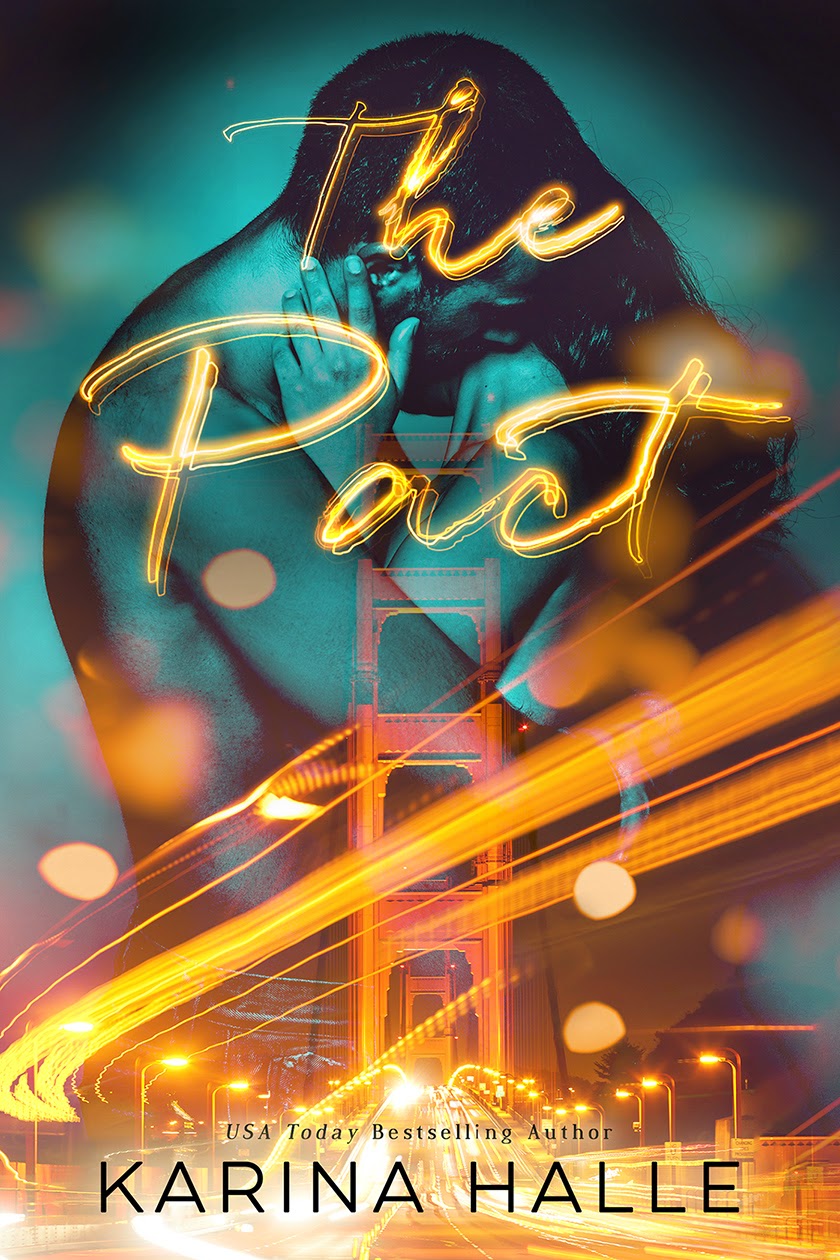 Linden McGregor is tall, rugged, and gunslinger handsome; a helicopter pilot with a Scottish brogue and charm to spare. He’s also one of Stephanie Robson’s best friends and has fit into that box for as long as she’s known him.

Beautiful, funny and an ambitious businesswoman (with one hell of an ass), Stephanie Robson is one of Linden McGregor’s best friends and has fit into that box for as long as he’s known her.

Back in their mid-twenties and tired of the competitive hit-or-miss dating scene of San Francisco, Steph and Linden made a pact to marry each other if neither one of them are in a serious relationship by the time they hit thirty.

It sounds like fun and games but as the years to thirty tick past and lovers come and go out of their lives, the pact becomes larger than life.

Sex is inevitable. Friendships are tested. Hearts are on the line.

The pact is about to change everything.

Review:
The Pact is a stand alone adult contemporary romance by Karina Halle and although it's very different to the other books I've read by her I enjoyed every minute of it. It's strange because Karina Halle seems to have this ability to make me love her stories even when they have things that should irritate me. I should have been annoyed that it takes over 40% of the book for Linden and Stephanie to get together because they're too busy dating other people and I should have been irritated by the drama that pulls them apart towards the end of the book but I was having so much fun reading their story that I just didn't care about any of that.

The story is written from dual points of view and the first half focuses on Stephanie and Linden's birthdays from the age of twenty-five when they first make their pact through to their early thirties when they finally act on it. Stephanie has been friends with Linden and James since she first started working with them both in James's bar, she dated James for a while but it didn't work out between them and the three of them have been inseparable friends ever since. Although Stephanie has always been attracted to Linden there has never been anything more between them, Linden is a player and she knows it would be far to easy to get her heart broken and she isn't willing to risk losing their friendship. Little does she know that Linden has been in love with her for years, he chose never to act on those feelings because James is his best friend and you don't date your friend's exes but he's finding it harder and harder not to tell her how he feels.

At the end of a drunken night to celebrate Stephanie's twenty-fifth birthday Linden asks her to make a pact to be each other's back up so that if they are both still single by the time they are thirty then they'll get married. Stephanie thinks Linden is joking and goes along with him for fun but Linden has never been more serious about anything in his life and he's determined to follow through on his plan. I loved the way we get to know both of the main characters, we see them through major events in their lives and get to see just how important they are to each other. They are so obviously in love with each other and it seems like everyone around them can see it but they're both oblivious to it. I spent half of the book desperate for one of them to finally make a move and although it took a long time it was definitely worth the wait. They have fantastic chemistry but their relationship is about so much more than sex and they fit together perfectly.

I had so much fun reading this story, the relationship between Stephanie and Linden was sweet, funny, sexy and so much more. Neither of the characters were perfect and they both make silly mistakes but they are always, always trying to put the other person first so it's hard to blame them for their choices. The Pact is full of sexual tension, angst and heartbreak but it's also romantic, cute and fun to read and I really hope Karina Halle decides to write more like it. If you love friends to lovers stories then this is one I'd definitely recommend!