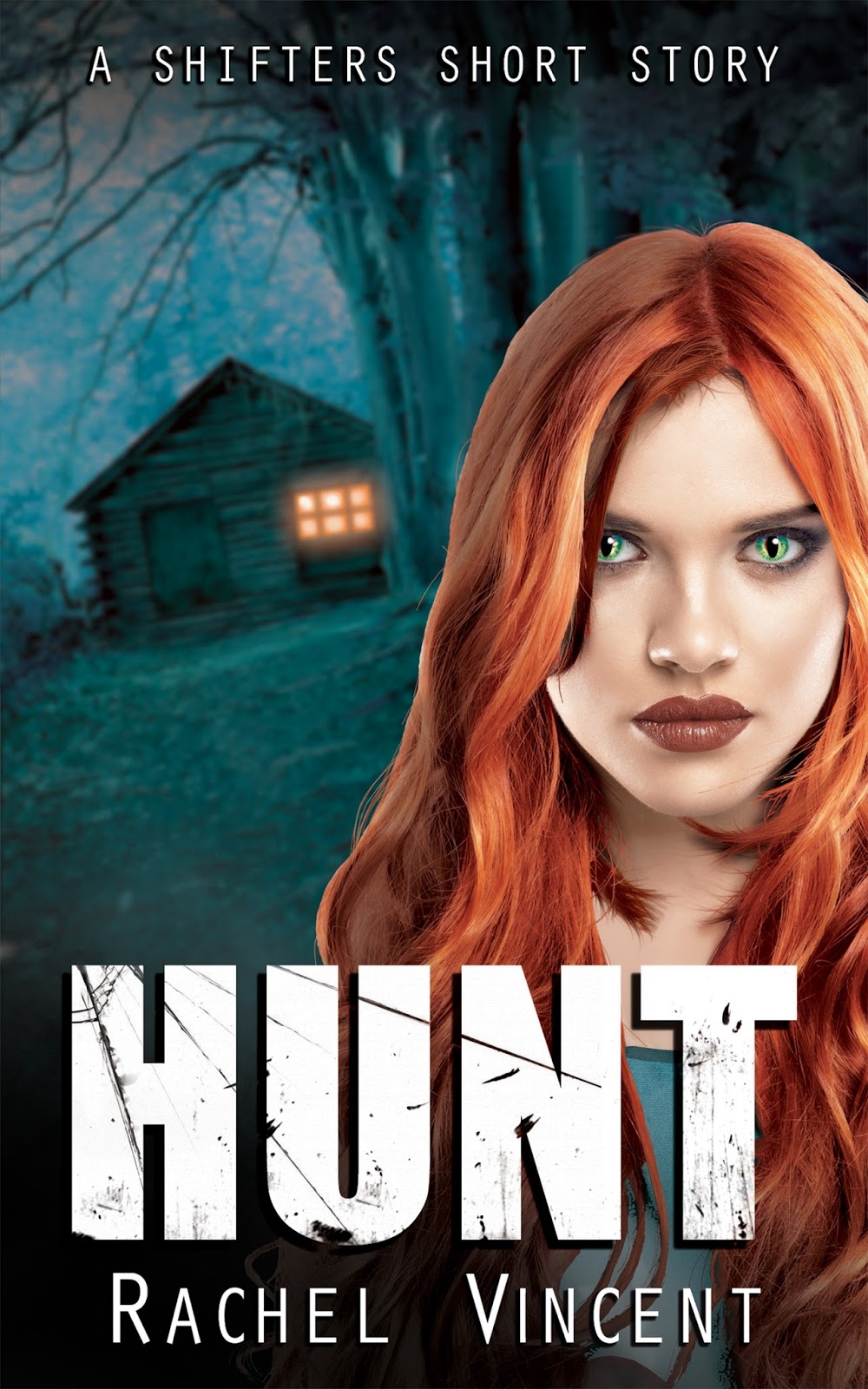 It’s been more than four years since Abby survived capture and torture by a quartet of rogue shifters. Back then she was a scared kid, just trying to survive.

Now Abby is all grown up, and if she’s learned anything from training with Faythe Sanders, the world’s first female Alpha, it’s that she can take care of herself—and anyone else who comes along. So when her college roommate is abducted from a campsite deep in the Appalachian woods, Abby knows exactly how to get her back . . .

The rules of the hunt are simple. Kill or be killed.
Abby Wade is not ready to die.

Review:
I absolutely adore Rachel Vincet's Shifters series, I read it way back in 2010 and I still miss the world so as you can imagine I was incredibly excited when I heard that she was writing a new spin off paranormal romance series featuring some of the characters we've already met. The first book in the new Wildcats series, Lion's Share, is going to be published in February and features Abby and Jace as the main characters. I realised that I never read Abby's novella though so I thought this would be a great way to jump back into the world and get me even more excited for the new series. Hunt is actually a perfect crossover between the two series so I'd highly recommend picking it up if you haven't already.

Hunt is a short story set sometime after the ending of Alpha, I can't quite remember the timeline now but it's four years after we initially met Abby's character. Abby is living away from the rest of her pack while she studies at college and she's spending the weekend camping with her college friends when things go terribly wrong and her group is attacked by a bunch of humans. Abby knows fear, she was captured and tortured by rogue shifters as a young teen and there is no way she's going to sit back and let her friend's be terrorised by mere humans.

This may be short but Rachel Vincent packs a lot in and it was great to see how much Abby has grown since we first met her. She is able to put her fear to one side so that she can fight for her friends and it was great to see her kicking butt and taking names. We get a glimpse of her current alpha who just happens to be the lovely Jace and I really enjoyed the interactions between them, I have a feeling Abby is going to cause quite a bit of stress for Jace before she's finished!

I loved diving back into this world and Hunt has made me even more desperate to get my hands on Lion's Share. It's also made me really tempted to go back and reread the whole Shifters series.