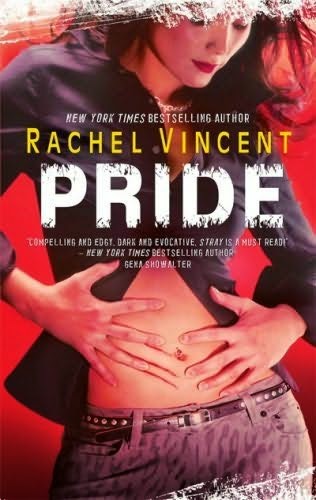 It's not a game, Faythe. It's a power play and they've already won.

The werecat council has three cardinal laws - and headstrong Faythe stands accused of breaking two of them: infecting a human with her supernatural skills and killing him to cover her tracks. With the death penalty hanging over her head, Faythe has no escape route left.

That is, until a shapeshifter informs the pride of a rash of rogue strays terrorising his land. Yet this threat is nothing like any they've seen before. Only Faythe has the knowledge to save the pride, but can she prove her worth? Or will the council's verdict condemn them all...?

Review:
The review for this book will include major spoilers for anyone who hasn't yet read the first 2 books Stray & Rogue so please don't read any further if you're new to the series.

The end of the last book saw Faythe kill her ex-boyfriend Andrew in self defence, this is the same ex-boyfriend who she had accidentally infected when she was partially shifted. Now she is on trial for both of these crimes and if she is found guilty she will be facing the death penalty. As far as the council is concerned she is guilty until she can prove her innocence and unless she can convince them that she infected Andrew by accident she is going to be in serious trouble. Considering she is the only werecat in history who claims to be able to do a partial shift, and all the witnesses she has have good reason to lie for her, she is going to have to show the council that it can be done. She has yet to learn how to do this on command though, so is finding it difficult to demonstrate the ability.

The trial is being held on neutral territory & 2 of the 3 alpha judges seem determined to push for the death penalty. It soon becomes clear that there is more to this than their first seemed and they are using the situation against Faythe's father for political reasons. While the trial is ongoing they soon become aware of strays causing problems in the area. 2 humans are missing and they need to solve the mystery before the human search parties find them.

There is so much going on in this book that I just couldn't put it down! Rachel Vincent is an expert at complex plots and it is impossible to guess everything that is going to happen. I loved the developments in Faythe & Marc's relationship but was heartbroken at the situation they find themselves in at the end of the book. I am going to have to read Prey now just so I can find out what happens! Rachel Vincent has a well earned place in my favourite authors list & this series is the best one I've come across for ages.

Other Reviews:
Ink and Paper
Tynga's Reviews
If you have reviewed this book on your blog please leave a link to your review in the comments & I'll add the link here.