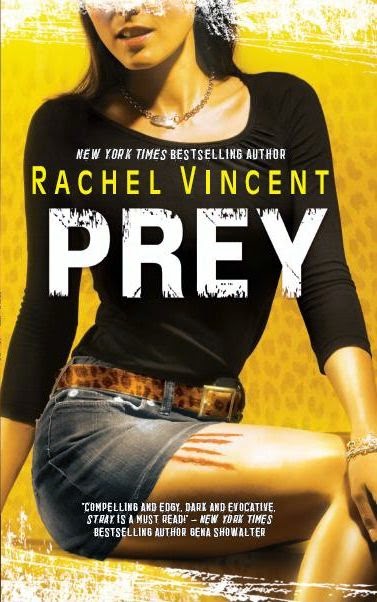 "The fight was about to get unbelievably, irreversibly bad"

Having barely escaped a tribunal with her life, defiant werecat Faythe can't seem to keep out of trouble. Her disobedience jeopardises her father's position as Alpha of the south-central Pride and a young tabby in her care refuses to shift into cat form to save her own life.

But a darker danger lurks in the bloody and mysterious disappearance of Faythe's boyfriend, exiled stray Marc. Tired of being a target, Faythe's ready to embrace her destiny and fight like an Alpha to get Marc back and defend the honour of her Pride.

Review:
This is the 4th book in the Shifters series so it is very difficult to review without giving spoilers for previous books. If you're new to the series I strongly recommend you start reading from the beginning as this really is a series you need to read in order.

I was already a massive fan of this series but I honestly think that this is the best book yet. There was so much going on & I literally couldn't put it down! Marc is in exile which is bad enough but when he goes missing Faythe is out of her mind with worry. Along with searching for Marc she has to deal with Manx's trial and Kaci's diminishing health as she is still refusing to shift. That's nothing compared to the political manoeuvres that Calvin Malone is putting into place to try and oust Faythe's father as the Alpha of the south-central Pride. If ever there was a character I wanted to climb into a book just to punch it would have to be Malone!

Prey takes you on a complete emotional roller coaster - it is the first book in a long time that actually made me cry. Parts of the book are absolutely heartbreaking and although at the time I was crying "Noooooo" and begging Rachel Vincent not to do it, I do think that what happened is going to have an important impact for the series. The plot is as even more action packed than I was expecting and the number of twists the story takes is incredible.

We really do see Faythe start to grow up in this book. Without Marc to lean on she has to stand on her own 2 feet and I can see the makings of a great Alpha in her. She still isn't perfect and makes several mistakes but her character has come a long way since Stray. The book doesn't end on as much of a cliff-hanger as some of the previous books but don't let that make you think you won't be itching to get on with the rest of the series because you definitely will be. This really is a series that I can't praise highly enough - if you haven't already started reading it then you need to buy it now. I promise you won't regret it!

Other Reviews:
Ink and Paper
Tynga's Reviews
If you have reviewed this book on your blog please leave a link to your review in the comments & I'll add the link here.