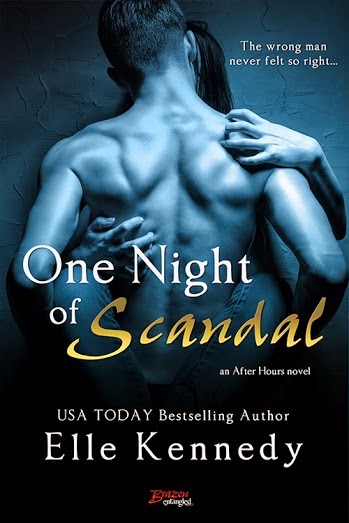 Ex-fighter Reed Miller has been secretly lusting over his best friend’s girl for months, but he refuses to jeopardize a friendship over a woman—especially one who doesn’t like him all that much. Now that Darcy’s on the market again, it’s even more imperative to stick to his strict hands-off policy. But the sizzling attraction between them is too powerful to ignore, and once he’s had a taste of her…all bets are off.

Darcy Grant is tired of walking the straight and narrow path. She’s on the hunt for passion, and there’s no denying Reed is just the man to give it to her. Although she has no interest in dating a bad boy, and certainly not her ex’s best friend, it’s impossible not to melt beneath Reed’s skillful touch. Now it’s just a matter of setting a few ground rules—and hoping her rule-breaking, sweet-talking bad boy agrees to follow them. But if she lets Reed into her bed, does she stand a chance of keeping him out of her heart?

Review:
Reed has been dying to make a move on Darcy since the moment he first met her but there was always one thing stopping him - the fact she was dating his best friend AJ. No matter how attracted he is to her he would never step over that line and risk breaking his friend's heart. All bets are off now that Darcy is single again though, as hard as he tries Reed just can't resist temptation and the attraction between them is far too hot to walk away from. Reed isn't like the guys Darcy usually dates, she's never gone for bad boys in the past but she's desperate for some excitement and passion in her life and Reed certainly fits the bill for a hot fling. Darcy may want to settle for a fling but Reed is looking for a whole lot more and he's determined to do whatever it takes to win her around.

I have to start by telling you how much I loved Reed, not only is he an ex-MMA fighter who is as sexy as hell but he's also a really sweet and caring guy. He goes out of his way to do things for others and his bad boy reputation dates back to when he was much younger and doesn't really fit the man he has become now. He doesn't feel worthy of love because of his background but apart from a major misunderstanding towards the end of the book he really is pretty perfect boyfriend material. For the most part I liked Darcy, she's the kind of woman you can picture yourself being friends with but it did get to the point where I started to get a little irritated with her for always seeing Reed as nothing more than a bad boy player. She based her thoughts purely on his reputation rather than the way he constantly acted towards her and I wanted to shake some sense into her a couple of times. Thankfully she soon came to her senses and I was really pleased that she was the one who made the first move in apologising after their misunderstanding.

It was great to see a glimpse of how the previous couple, Gage and Skyler, are doing. This book is only set a few months later but I was glad to see them still happy and head over heels in love. AJ's character really stood out for me here which is good because he's the star of the next book and I'm now even more excited for One Night of Trouble. AJ was so sweet about things when Reed told him he wanted to be with Darcy and I loved that they didn't let it effect their friendship. I think that's mainly because the others were upfront and open with him fairly quickly into their relationship, I hate it when people keep secrets so I was really pleased that Reed and Darcy weren't going around behind AJ's back.

One Night of Scandal is a very sexy read, Reed and Darcy are quite an adventurous couple which makes for fun reading but I enjoyed the time they spent outside the bedroom as much as the sexy times. Elle Kennedy is a fairly new author for me but this series has definitely made me sit up and take notice so I'm looking forward to exploring her back list of titles.