I absolutely love Cecy Robson's Shattered Past series and it's one I'd definitely recommend to fans of new adult contemporary romance. Today I'm excited to be taking part in the blog tour to celebrate the release of the second book in the trilogy Once Loved. I've already read the book so watch out for my review which will be posted later today but in the meantime I have an exclusive deleted scene from the book to share with you today thanks to Cecy!

First let me give you a bit more information about the book though: 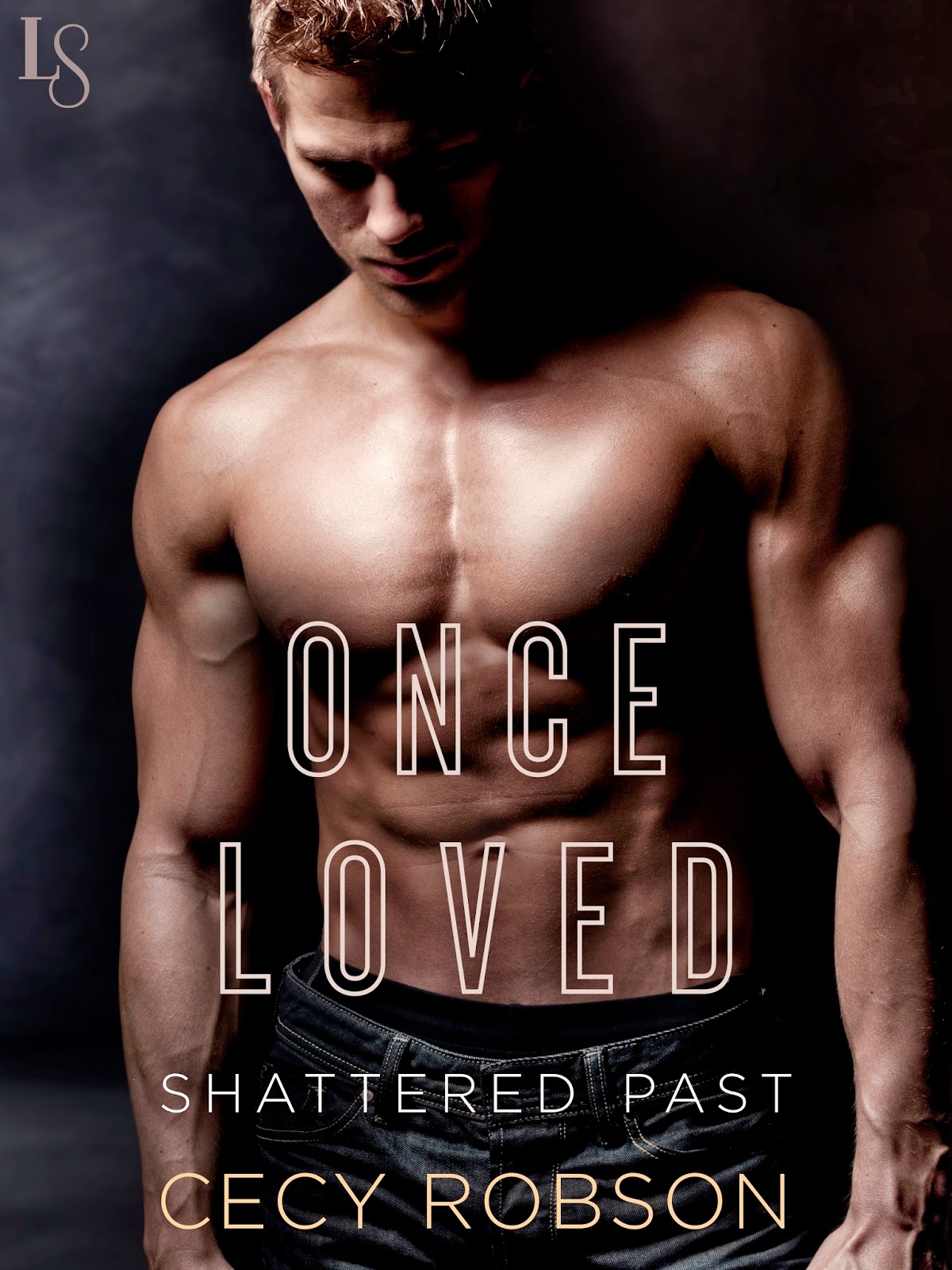 Blurb
He’s the campus golden boy. She’s picking up the pieces of her broken past. But in Cecy Robson’s scorching novel of second chances—perfect for readers of Monica Murphy and J. Lynn—their differences only make their connection more explosive.

Every memory Lety Tres Santos has from her childhood comes with a scar—some emotional, some physical. Her father is an abusive drug addict, and her mother enables his destructive behavior. College offers Lety a fresh start . . . until her father finds a way to ruin that, too. Now, after losing her scholarship to kick off junior year, Lety must somehow stay in school, pay tuition, and turn a deaf ear to the whispers that follow her. And she intends to do it all without Brody Quaid’s help.

Brody is a lacrosse star, a 4.0 student—and as a freshman, he fell hard for the beautiful and spirited Lety. But their relationship crashed and burned because he couldn’t break through the walls she’s put up around her heart. With Lety hurting more than ever, Brody strives to win her back and make her believe in real love and true partnership. That will mean opening up secrets locked away in his own past—and trusting someone more than he’s ever dared.

Lety knows how painful it can be to depend on the wrong man. She also knows how much Brody wants to do this the right way. But it takes more than sizzling desire to move on and build a future together.

Shattered Past Series:
Once Perfect
Once Loved
Once Pure (May 2015)

Once Loved is being published by Loveswept's Flirt imprint and will be available on the 20th of January. 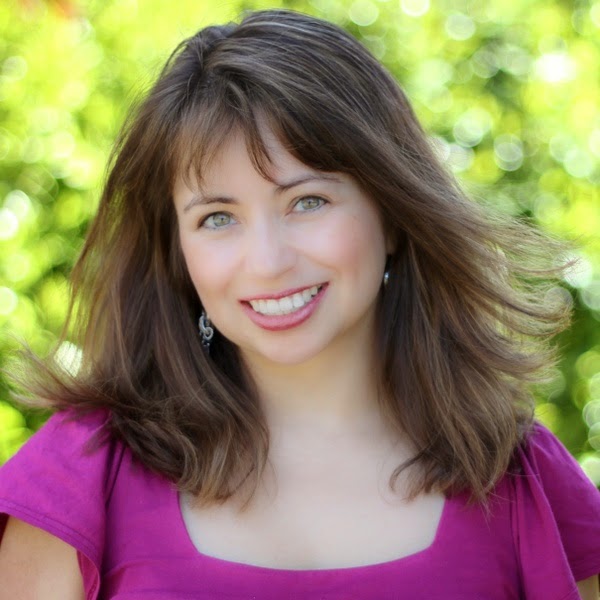 Author Info
CECY ROBSON is the New Adult and Contemporary author of the Shattered Past series, and the award winning author of the Weird Girls Urban Fantasy Romance series. A self-proclaimed professional napper, Cecy counts among her talents a jaw-dropping knowledge of useless trivia, the ability to make her hair big, and a knack for breaking into song, despite her family’s vehement protests. A full-time writer, registered nurse, wife, and mother living in the South, Cecy enjoys spending time with her family and silencing the yappy characters in her head by telling their stories.

Please give Cecy a very warm welcome as she shares a fabulous deleted scene with you all!

Exclusive Deleted Scene from Once Loved by Cecy Robson

Thank you for hosting me on your blog. In Once Loved, Lety and Brody are resident advisors at their college. Below is a deleted scene from one of their training sessions before their relationship resumed full-speed ahead.

We gathered around our first obstacle. Basically a bunch of small elevated platforms, gathered in a circular pattern, wide enough to accommodate one person comfortably. Dude (no shit, that was his name) the camp’s obstacle expert explained our tasks in what could only be described as Joe Pesci’s voice from My Cousin Vinny. “Youz are at sea. Your ship has sunk. Your crew mates are dead. And youz are surrounded by hungry man eatin’ sharks.”

Dude continued. “Youz are the sole survivors on these here floatin’ leftover ship parts. Your goal is to get yourself and what remains of your crew to that island.” He pointed to the opposite side of the clearing. “You fall in, you got three seconds before a shark eats you and ya die.”

Brody raised his hand. “Are there hot chicks with coconut bras waiting for us on the island?”

“Ya,” Dude offered without blinking. There was a man who hated his job.

We lined up. Alice and I were separated, which sucked. She glanced over her shoulder just before she climbed the first platform. I smiled. “You can do it, Alice. There are hot guys with coconut jockstraps there, too.”

“Is that the kind of thing that turns you on?” Brody asked.

I tried to ignore him.

I kicked at the ground with my worn canvas sneakers. It was too easy to talk to Brody. But we couldn’t be friends. We couldn’t be anything. I was an idiot for thinking I could ever measure up.
I moved ahead as the line proceeded forward. As the exercise advanced, seven were eaten by sharks including poor Alice, Piper, and Meathead. Meathead didn’t take getting devoured well and started swearing. Four fell in trying to help other RAs back onto the platform. Four made it across without incident. That left me, Brody, and Razor.

Razor was surprisingly agile, despite the amount of metal weighing his body down. Brody’s long legs and athleticism also helped him across. But as coordinated as I was, the distance between the wooden platforms made it hard to maneuver.

Brody squatted on his platform, the next one I needed to reach, and extended his arm. “Come on. I’ll help you.”

This jump seemed longer than the others, and the platform looked too small to hold us both. I glanced down to the clumps of leaves and pine needles littering the floor. “Don’t look at the sharks, Lety. Look at me.”

I kept my attention on the forest floor. “I don’t know if I’m going to make it. Maybe you should get to the coconut bra wearers without me.”

“Nah, can’t leave you behind, beautiful.”

I bit my lip at his ‘beautiful’ remark. Brody wasn’t making this easy.

Dude spat in the woods. “Come on. The sharks are circlin.” This guy was all class.

“No, sweetheart. It’s America―the land of opportunity.” Mock sympathy replaced his smart ass grin. “You’ve been swimming across the Straits of Florida from Cuba for six days.” He held out his fingers. “Six. You’re almost there. And your baby―the one strapped to your back―all she wants is to breastfeed and learn English.”

“Lety has a kid?” Meathead asked.

Dramatic voice and all, Brody was really pushing it. He knew I was born in Philly. No one seemed to care. The first girl eaten by sharks, started to sing the first verse of God Bless America. The others joined in, placing their hands over their hearts.

I laughed. I just couldn’t help it.

Brody held out his hand. “Forget the sharks. Forget Immigration waiting for you on the shore. Do it for me, Lety,” Brody continued. “Do it for America.”

I gave a determined nod. “For Consuelo.”

“For Consuelo!” everyone yelled.

The group cheered when I jumped into his arms. We just barely kept our balance and he grabbed my ass in the process. At first I thought it was an accident until he gave my round trunk an extra two squeezes. “Brody. You’re crushing Consuelo.”

“Sorry,” he said although his devilish grin told me he didn’t mean it.

Thank you so much for being a part of my tour. I hope you enjoyed this deleted scene, and that you enjoy Once Loved even more.

Thanks for a fab deleted scene Cecy, one of the things I loved most about Once Loved was the banter between Lety and Brody and this is a great example of that!

As part of the blog tour Cecy is hosting a fabulous giveaway for the chance to win a $25.00 eGift Card to Choice Book Seller & Loveswept Mug with Romance at Random Nail Polish. You can enter the giveaway using the rafflecopter form below, the winner will be selected at random and contacted directly by Cecy so that she can arrange for the prizes to be sent.