I'm a huge fan of Cora Carmack's Losing It series, it's full of great characters, hot romances and light hearted humour and it's definitely one I recommend to people regularly. Anyone who knows me knows that contemporary romance isn't my go to genre though, give me a well written fantasy and I'm in heaven so the minute I heard that Cora Carmack was writing one it went straight to the top of my wish list. That was before I even knew anything about it but the beautiful cover has just made me want it even more. 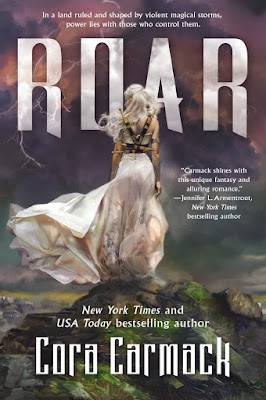 Isn't it gorgeous?!! And just check out this blurb:

In a land ruled and shaped by violent magical storms, power lies with those who control them.

Aurora Pavan comes from one of the oldest Stormling families in existence. Long ago, the ungifted pledged fealty and service to her family in exchange for safe haven, and a kingdom was carved out from the wildlands and sustained by magic capable of repelling the world’s deadliest foes. As the sole heir of Pavan, Aurora’s been groomed to be the perfect queen. She’s intelligent and brave and honorable. But she’s yet to show any trace of the magic she’ll need to protect her people.

To keep her secret and save her crown, Aurora’s mother arranges for her to marry a dark and brooding Stormling prince from another kingdom. At first, the prince seems like the perfect solution to all her problems. He’ll guarantee her spot as the next queen and be the champion her people need to remain safe. But the more secrets Aurora uncovers about him, the more a future with him frightens her. When she dons a disguise and sneaks out of the palace one night to spy on him, she stumbles upon a black market dealing in the very thing she lacks—storm magic. And the people selling it? They’re not Stormlings. They’re storm hunters.

Legend says that her ancestors first gained their magic by facing a storm and stealing part of its essence. And when a handsome young storm hunter reveals he was born without magic, but possesses it now, Aurora realizes there’s a third option for her future besides ruin or marriage.

She might not have magic now, but she can steal it if she’s brave enough.

Challenge a tempest. Survive it. And you become its master.

Now you REALLY want it, right? If you're not quite convinced let's just take a closer look at the stunning cover art: 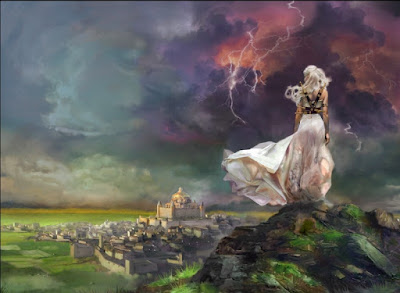 I don't even have the words for how stunning that is! I need this book in hardback, in fact I need a giant poster just of this artwork to put up on my wall somewhere so I can spend all day staring at it. 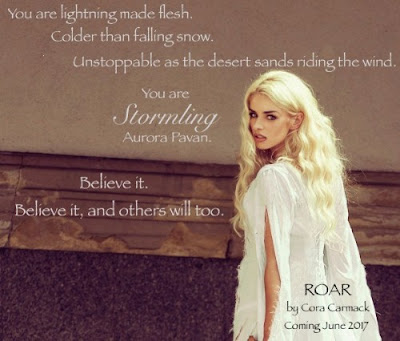