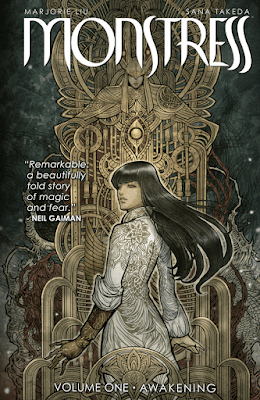 Set in an alternate world of art deco beauty and steampunk horror, MONSTRESS tells the epic story of Maika Halfwolf, a teenage survivors of a cataclysmic war between humans and their hated enemies, the Arcanics. In the face of oppression and terrible danger, Maika is both hunter and hunted, searching for answers about her mysterious past as those who seek to use her remain just one step behind...and all the while, the monster within begins to awaken...

Review:
Monstress is a dark fantasy comic with a steampunk feel to it and the artwork is absolutely stunning. There are pages I could happily stare at all day long and this is definitely a book I'd be happy to reread because you spot new things every time you look at it.

Maika is a young girl caught in the crossfire of the ongoing war between humans and Arcanics. The Arcanics are a race with access to magic, some who can pass for human and others who look more like animals or are a cross between the two. Humans seem to be jealous and scared of the Arcanics so they set out to do what humans do best and destroy their perceived enemies. Maika is an Arcanic who looks human, she is missing an arm and has been branded with a magical marking but she plans to use her looks to infiltrate her enemy and get her revenge. There are a third group involved in the war, the Cumaea, who are allied with the humans but have magical abilities and they have been using the war as an excuse to carry out all kinds of experiments on the Arcanics. Maika ends up captured by the Cumaea but what originally looks like a trap may well have been her goal all along when she turns the situation to her advantage.

I don't want to say too much more about the plot but there is a lot going on in this graphic novel. It has a dark tone and there are some serious issues entwined throughout the story but it's an interesting world and I can't wait to see where Maika's journey takes her. I'm not going to say this was perfect, there were times when I found myself confused and wishing for more world building and then there were others where important details were given in a bit of an info dump that could be overwhelming. I actually read the book a second time and found myself catching lots little things I'd missed the first time around which made it much easier to follow.

In spite of my issues I still found it very easy to become invested in Maika's story and I particularly fell in love with young Kippa, a fox-girl Maika rescues along the way. The artwork is nothing short of beautiful and I have high hopes for the story now that I'm more familiar with the world and have started to get to grips with exactly what is going on. I'm definitely going to be purchasing the second volume when it releases.

I'll leave you with a few images of some of the characters so you'll be able to get a feel for the artwork: Maika with her friend Tuya 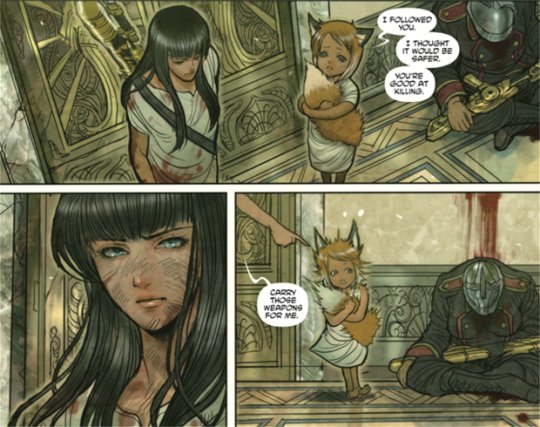 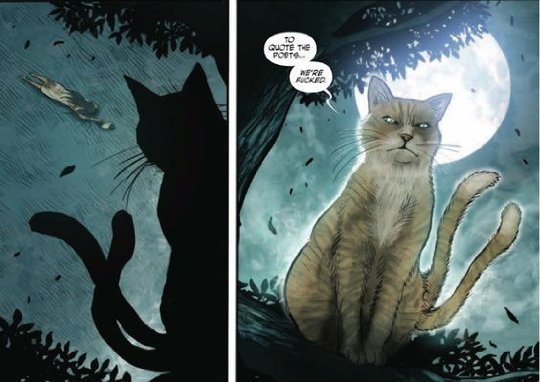 Who doesn't love a story with talking, multi-tailed cats? 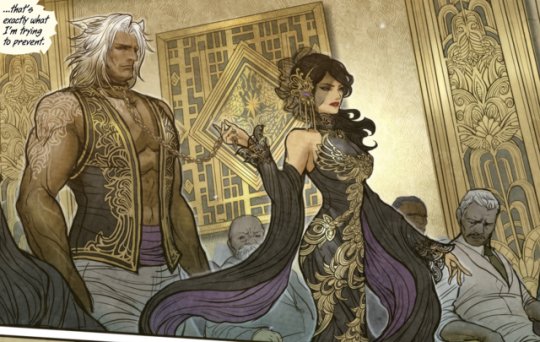 Sophia, a member of the Cumaea