The fire she once mastered so easily has become her greatest adversary and is now slowly burning her alive . . . 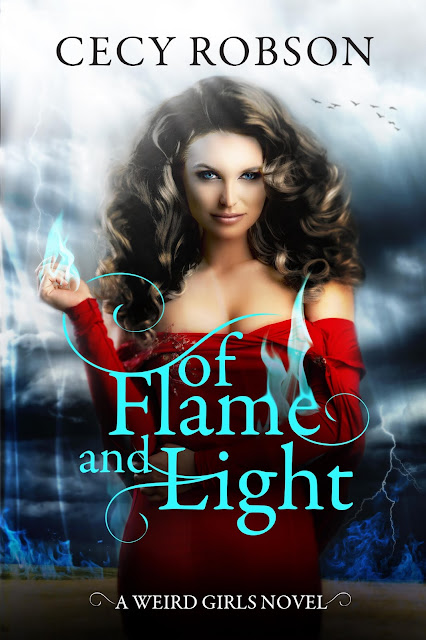 Add to your shelf on Goodreads

Taran Wird holds the unique ability to conjure fire and lightning. She is mated to Gemini, Second in Command to the Squaw Valley Pack of the Lake Tahoe Region, and the sole werewolf to possess the ability to split into two wolves. And although they are mates, Taran's insecurities have driven them apart.

Devastated by an injury that left her with a zombie-like limb, Taran struggles to regain command over her magic. But when her arm and her power turn against her, lashing out on those she most loves, she knows she can no longer carry this burden alone. Not that she likes the alternative.

The only way to regain control of her magic is to align and learn from the local coven of witches―the very ones who sought to banish her when she and her three unique sisters first moved to the mystical region. But although Taran is trying, the teachings don't come easy, and the tasks leave her weak and emotionally shattered.

Yet Taran must learn and learn fast. Time is running out. The fire she once mastered so easily has become her greatest adversary and is now slowly burning her alive . . . 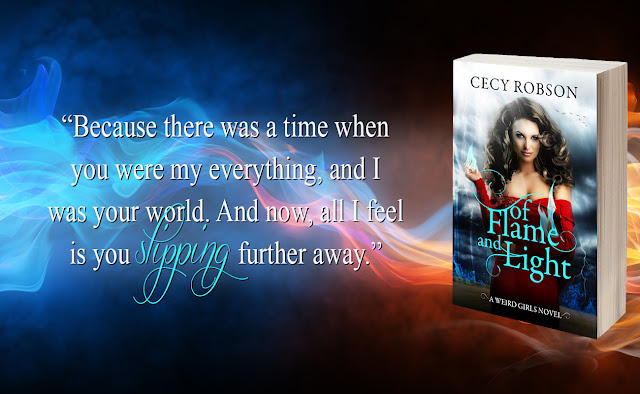 I hurry forward when I realize I’m just standing there, gaping at them.

I don’t think I take more than a few steps when something crunches beneath the sole of my left boot. I think it’s a stick, but the sound seems off, especially since the ground is so moist. I lift my foot only to jump away.

“T, you coming?” Shayna calls when I don’t move.

I swallow hard, hoping I’m imagining things as they run back to me.

“What’s wrong?” Emme asks. Unlike Shayna who’s fired up for all the action about to go down, I can sense the worry in her voice.

Emme places her hand over her heart and sighs. “Oh, good—”

“It’s a thumb,” he answers. He sniffs the air. “Right hand, male, and the poor bastard’s been dead a long time.” He looks ahead. “Yeah, this shit’s not good. Call it in, Shayna, but type it. Don’t use voice-to text.”

“Why, dude?” Shayna asks, reaching for her phone in her back pocket.

“Because I’m not sure how well this bitch can hear, or if she has other things listening for her,” he responds.

He motions ahead to a crow. It squawks twice in our direction and flutters away.

Shayna lifts her phone to show us the blank screen. “Phone’s dead, kids.” She quickly pockets it and places a handful of toothpicks in her palm. “I wouldn’t bother, Emme,” she adds when Emme reaches for her phone. I doubt any of our phones are working.”

“She’s right,” Bren says. He shoves his phone into the backpack Emme is carrying and peels off his white T-shirt.

“This keeps getting better and better,” I mutter.

Bren strips out of his jeans, leaving only his underwear and shit-kickers on. “Em, stay behind me,” he tells her. “Shayna, you’ve got the rear.”

Which leaves me in front of Shayna and the most protected. I’ll be honest, this helpless damsel in distress role does nothing for my morale.

I march ahead, forcing myself to snap out of the shock of finding some guy’s thumb, push aside my fear, and tap into my inner diva. I remember a little too late that my inner diva is louder and usually sashays in platform stilettos. I slow my steps, careful not to disturb the creepy things hiding in the bushes.

Let me be the first to tell you, woods are bullshit and top of the scales of the scary meter, second only to graveyards. It’s the reason so many horror movies are based here, and why I’m watching out for psychos with machetes lurking behind trees. But given our past experiences, where danger lurks, so do the dark ones. I’ve had my fill of alleyways, construction sites, abandoned structures, but especially these damn eerie woods! 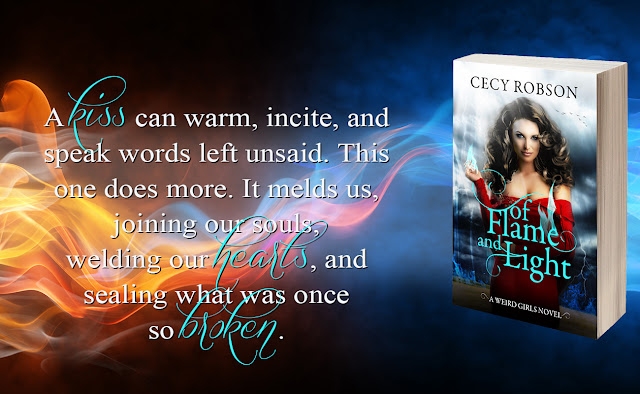 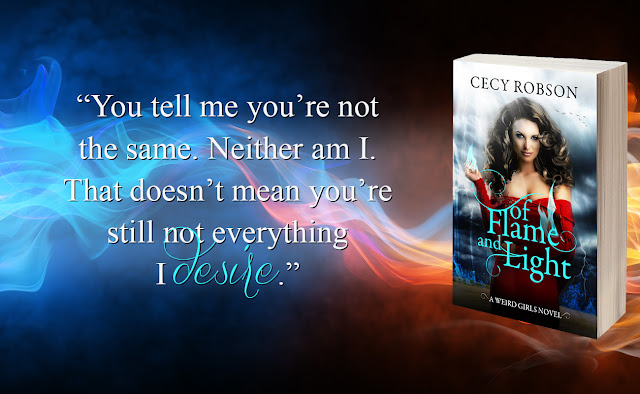 Cecy Robson is an award-winning author of magical realms, to-die-for Alpha heroes, and young adult adventure. A double RITA® 2016 finalist for Once Pure and Once Kissed, and published author of more than fifteen titles, you can typically find her on her laptop or stumbling blindly in search of caffeine. 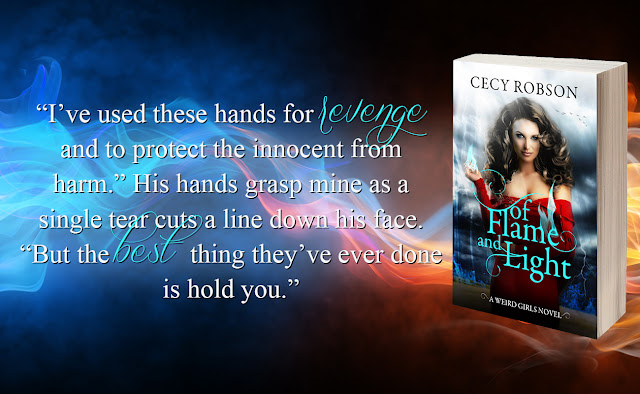 To celebrate the Of Flame and Light release Cecy Robson is giving away an ultimate Weird Girls Prize Pack, including a Coach® purse stuffed with an autographed copy of Sealed with a Curse, an audiobook of A Cursed Embrace, t-shirts, a water bottle, magnets, signed postcards, pins, and bookmarks. 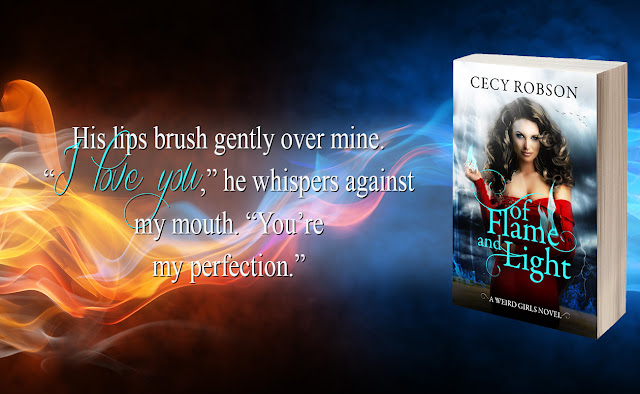 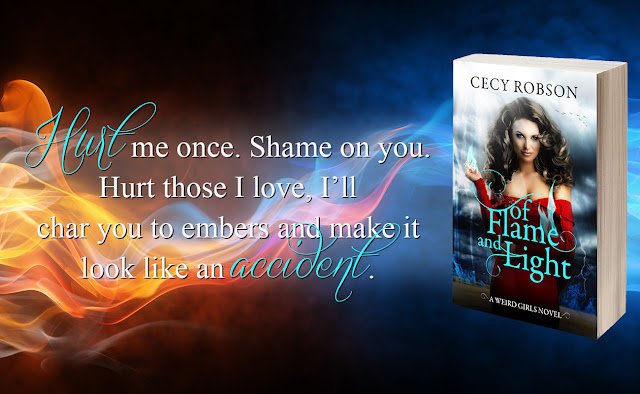