I'm a huge fan of Amanda Abbott's super hot Pushing the Boundaries series so I'm excited to be taking part in the reveal of the snazzy new covers for the first three books.

WHAT CAROLINE WANTS
Book One in the Pushing the Boundaries series
**THIS BOOK IS CURRENTLY FREE ACROSS ALL RETAILERS!** 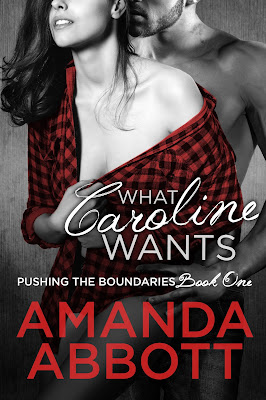 Caroline and Jason Stratton have always been hot for each other. Married right out of college, they’ve had a great sex life. But when they discover that their best friends and neighbors, Piper and Michael Collins, have experimented with a few extracurricular adventures during their ten year marriage, Caroline and Jace’s sexual world is rocked.

The Strattons quickly find that inviting others into their bedroom might be something they want to explore. But getting Caroline to reconcile her Southern guilt is another matter altogether. So they decide to take it deliciously slow, exploring every avenue.

Their adventures lead them to Emma and Pete, and after a fun, sexy dinner date out, and an incredibly hot car ride home, they’re in. But once they decide to scale that mountain, all bets are off. In the end, Caroline must make a decision—and it’s one she’ll have to live with forever.

*This book is ridiculously sexy, filled with high-octane moments between the couple as they figure out what makes them tick. The book contains: explicit sex, voyeurism, and light couple swap. **There is no cheating, everything is consensual between all participants.


WHAT PIPER NEEDS
Book Two in the Pushing the Boundaries series 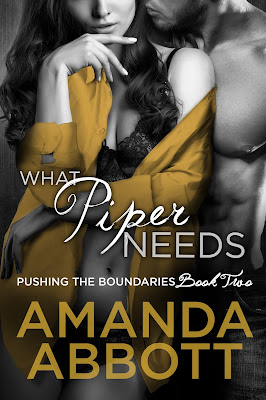 WHAT EMMA CRAVES
Book Three in the Pushing the Boundaries series 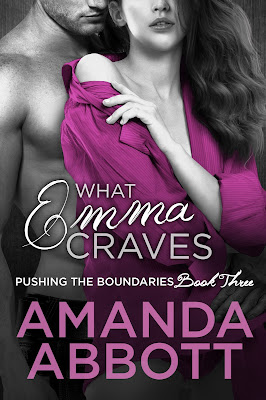 It took a lot for Pete Slater to convince his wife, Emma, to move to the suburbs. But once she arrived, she found it had a deliciously steamy underbelly. Her neighborhood is filled with hook-ups, affairs, and scandal. It's better than any reality TV show.

But Emma isn’t satisfied anymore. After watching her friends Piper and Michael Collins become adventurous in their marriage again, it's made Emma realize that's what she wants in her own life. She craves to be noticed again. In order to try and find what’s missing, she and Pete decide to book a vacation.

Their destination is a super exclusive resort situated on a tiny island where anything and everything can happen. When they meet a young couple at the airport, who end up in the suite next to theirs, things go from fun to incredibly steamy fast. Emma drives Pete crazy flirting, and it pays off. For the first time in their marriage her husband is jealous of another man. What Pete does to win her back turns out to be exactly what Emma craves.

*This book is off the charts hot. It contains: explicit sex, group sex, and voyeurism.

To celebrate the new covers Amanda Abbott is offering one lucky winner an ebook of their choice from the Pushing the Boundaries series. You can enter via the rafflecoper form below, the giveaway ends on the 12th of October and the winner will be contacted soon afterwards by Amanda Abbott or her assistant so they can send out the prize.