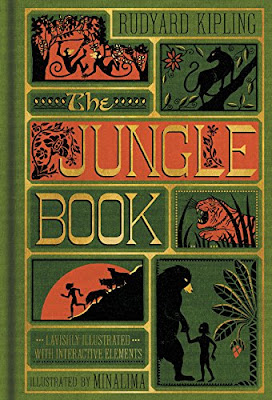 Since its publication in 1894, Rudyard Kipling’s beloved masterpiece The Jungle Book has been celebrated by generations of readers. Composed of seven tales, each one accompanied by a poem, The Jungle Book is a coming of age fantasy that introduces a lush, colorful world full of adventure and danger. The first three tales include some of the most charming and unforgettable characters in literature—the man-cub Mowgli, the black panther Bagheera, the wise brown bear Baloo, the ruthless tiger Shere Khan, and the hypnotic python Kaa. The other four tales each tell the story of a different animal, such as the travels of the white seal Kotick; the battle between the courageous mongoose Rikki-Tikki-Tavi and the deadly cobra Nag; Toomai and the elephant dance; and the camp animals of the queen’s guard.

The second volume in Harper Design’s newest series of deluxe reimagined children’s classics, this beautiful unabridged edition takes readers deep into the heart of the Indian jungle with specially commissioned four-color illustrations and nine exclusive interactive features that will delight readers, including a map of the lost Indian city where Mowgli is taken by the monkeys; a trifold detailing the Laws of the Jungle; a spinning dial of the elephant dance; and a map of Kotick’s route to find a new home.

Beautifully designed, this keepsake illustrated edition will be treasured by readers of all ages.

Harper Design Classics Illustrated by MinaLima:
Peter Pan
The Jungle Book
The Beauty and the Beast
The Little Mermaid
The Secret Garden

Review:
As a child I remember reading Rudyard Kipling's Just So Stories but my memories of The Jungle Book are all from the Disney cartoon rather than the book so I didn't even realise that it's actually a collection of seven stories and only the first three are about Mowgli and his adventures. So this was actually my first time encountering most of these stories and what better way to do it than in this absolutely gorgeous edition illustrated by MinaLima (the design team behind the graphics for the Harry Potter and Fantastic Beasts movies). 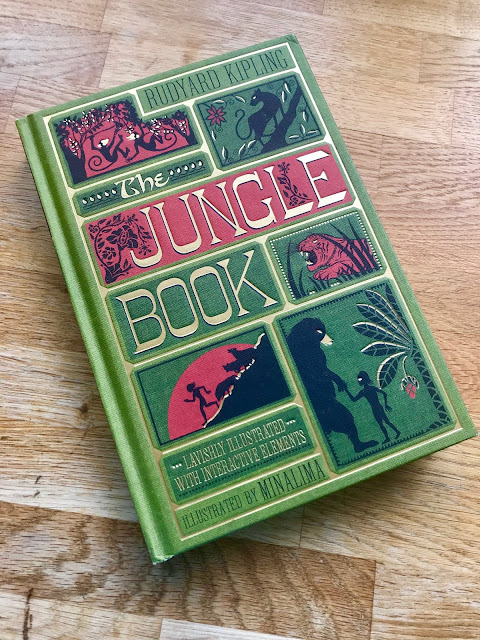 The stories included are: Mowgli's Brothers, Kaa's Hunting, Tiger! Tiger! (you'll be familiar with all of these if you've seen The Jungle Book movie), The White Seal (a story about a seal called Kotick searching for a safe home for his people), Rikki-Tikki-Tavi (about a clever mongoose), Toomai of the Elephants (about a boy who goes searching for elephant magic which I think inspired the elephant scenes in The Jungle Book movie) and Her Majesty's Servants (which is really about the different ways animals were used in war). Of course I loved reading about Mowgli, Bagheera and Baloo but I think my favourite story was probably Rikki-Tikki-Tavi, partly because that adorable mongoose reminded me of Barabas from the Kate Daniels series LOL.

This is a delightful edition of the book, I'm slowly collecting the MinaLima designed children's classics so I'll try to review the rest of the series soon but in the meantime here are some pictures of the book to give you an idea what to expect. I love the interactive elements that make this perfect for reading with curious children as well as the lovely illustrations throughout and think this is a beautiful addition to my bookcase. 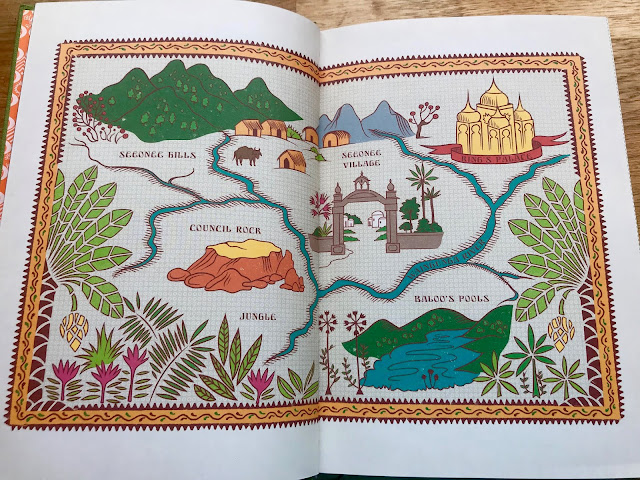 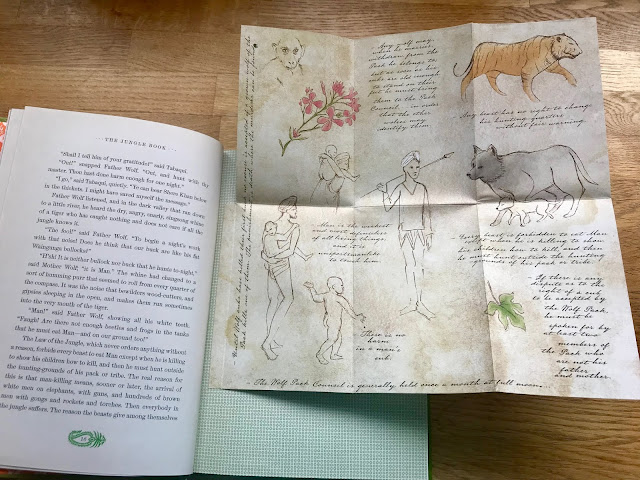 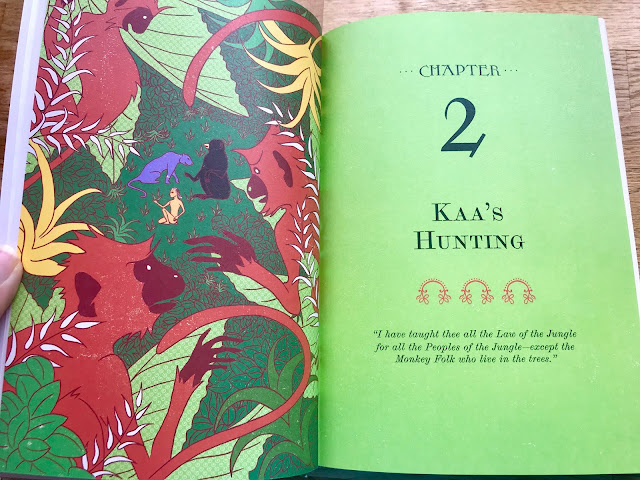 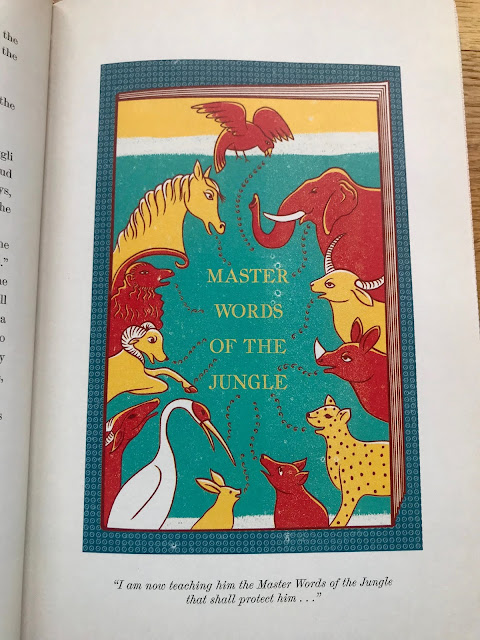 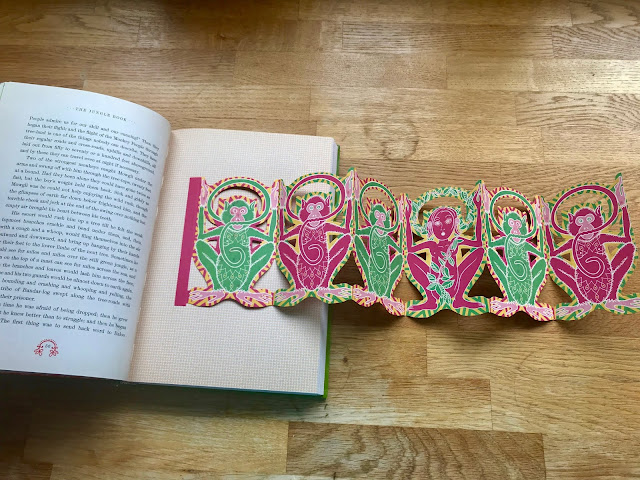 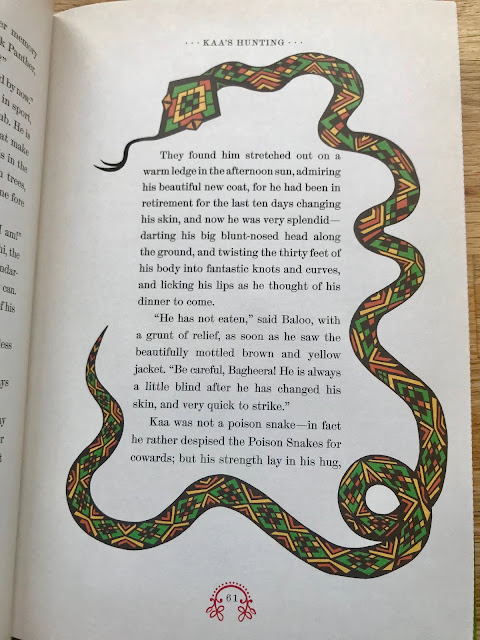 Source: Birthday present from my Dad