I don't often do book tags but I spotted Andy from The Pewter Wolf post this one a couple of weeks ago and it looked like fun so I thought I'd join in. I'm not going to tag anyone else but if you do decide to post (of if you already have posted!) leave me a link in the comments so I can check out your answers :o)


GREED:
What is The Most Expensive Book You Own?

I'm not sure if this really counts since it's technically more of a box set but without a doubt it's the most expensive set of books I own so I'm going to include it anyway - Harry Potter Page to Screen: The Complete Filmmaking Journey Collectors Edition.

I just realised I've not got around to reviewing this set yet but it really is gorgeous set & I love everything about it, especially the replica of the Monster book of Monsters! 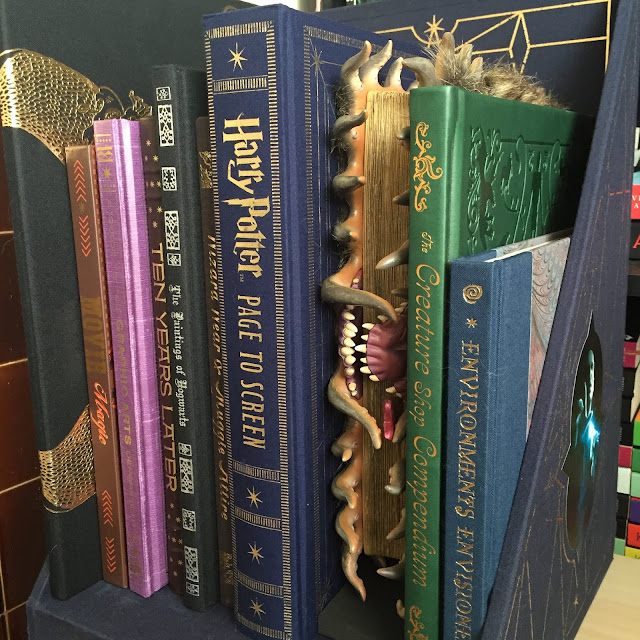 GLUTTONY:
What Book(s) Have You Shamelessly Devoured Many Times?

I could easily count the Harry Potter series for this sin too but I think the series I've actually read the most in the last few years would have to be Ilona Andrew's Hidden Legacy series. To be honest I reread all of Ilona and Gordon's books on a regular basis but when it comes to the Hidden Legacy books  I have literally been known to read the entire trilogy through twice in the space of a week!

If you haven't read these books yet you are seriously missing out, you can read my reviews for the series here. 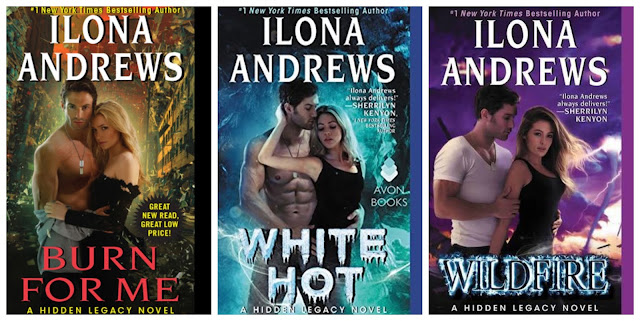 SLOTH:
What Book/Series Have You Neglected Over Sheer Laziness?

To be honest I'm pretty terrible at starting series and never getting around to finishing them so it's hard to pick just one LOL. It's not that I deliberately stop reading halfway through a series, I just get distracted by all the shiny new books that come along while I'm waiting for the next instalment and don't always remember to go back to them.

For this post I'll just talk about a few of the series that I really want to try and catch up with some time soon.

PRIDE:
What Books(s) Do You Bring Up When You Want To Sound Like An Intelligent Reader?

To be honest I really don't care what anyone else thinks about my reading choices, perhaps I did when I was younger but these days I read completely for pleasure and don't care what judgements others might choose to make.

I sometimes think I should tackle on of those "100 classics everyone should read before they die" lists but then I look at the lists and decide I'm not really that interested after all LOL. If something appeals to me then I'll pick it up, no matter what the genre but I think as long as people are reading then it's all good, whether they choose classics, graphic novels or anything in between.


LUST:
What Attributes Do You Find Most Attractive In Characters?

Ooh that's a difficult question because there are different things that draw me to different characters and what one author can pull off another will fail completely on. I think most of all I want to read books with characters I can relate to in some way, obviously we're not all witches and wizards like Harry, Ron and Hermione but whats so great about them is that apart from their magical abilities they're really quite normal, they still have the same insecurities, fears and weaknesses that we do and still have to deal with the same day to day issues on top of trying to save the world. I enjoy stories where I can imagine myself hanging out with the characters, I want to feel like if they walked off of the pages and into my front room we could be friends.


What Books Would You Most Like To Receive As a Gift?


I could write a huge list of books I'm saving up for or books that I'm desperately waiting to be published  but the biggest unicorn that I would LOVE to own a copy of has to be the limited edition hardcover of The Tales of Beedle the Bard by J.K. Rowling. It's such a gorgeous set that comes with art prints and a lovely keepsake box & I think it would go perfectly with the rest of my Harry Potter collection. It's getting harder and harder to find though and the copies that I have seen are FAR outside of my price range but I live in hope so who knows, perhaps one day the book faeries will decide to leave a copy underneath my Christmas tree LOL. 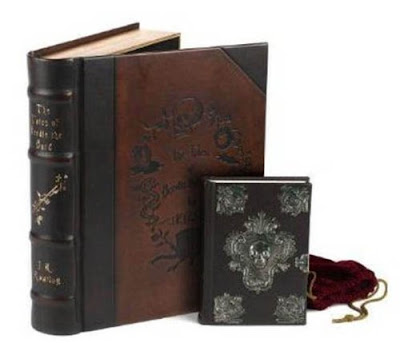 WRATH:
What Author(s) Do You Have a Love/Hate Relationship With?

There are two authors who immediately spring to mind to answer this question, one is going to be a hugely unpopular choice and the other is an author who used to be one of my favourites so I still find it difficult to believe I'm including their name on this list. 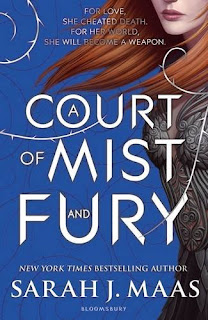 So first we have Sarah J Maas (yes shocking I know!), I was actually a huge fan of Sarah's for a long time, I went to signings and met her twice and I would devour her books the minute I got my hands on them. She was an author I'd preorder immediately and get super excited about but it all started going horribly wrong when she completely rewrote Chaol's character in Queen of Shadows just because she had decided Rowan was a better fit for Aelin. I would have been bitter about that ship change no matter what but if she had written it better then I'd have gotten over my disappointment eventually.

As if that wasn't bad enough the next book she published was A Court of Mist and Fury which I HATED with the passion of a thousand suns. Now I know that is going to be a shockingly unpopular opinion because that series has so many fans but I absolutely hated everything about that book and I've not been able to pick up a book by Sarah J Maas since.  I just hate the way she is so fickle with her pairings, and how in one book certain characters are true mates but then a guy comes along that Sarah suddenly likes better so she has to rewrite history and give her characters personality transplants in order to fit square pegs into round holes. She has absolutely zero skill or subtlety about it and goes about the shift like a bull in a china shop. It's gutting because I did really love Rhys so if she'd paired him with anyone other than Feyre, or even split up Feyre and Tamlin without changing Tamlin into someone he wasn't, then I would have stayed a superfan. As it is I know I want to finish the Throne of Glass series eventually but I have very little enthusiasm left for the series or anything else Sarah J Maas may write in the future. 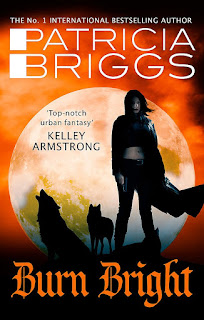 It actually pains me to say this but the second author on this list is Patricia Briggs. I have been a HUGE fan of the Mercy Thompson and Alpha & Omega books for years now, if you've been following this blog for any length of time you've probably heard me talking about them before because I've reread the books at least once a year for a long time now. I honestly thought this series would continue to be a favourite forever and I've always been so excited to get my hands on each new instalment.

But then along came Burn Bright and that book destroyed everything. Some of the things revealed in that book have totally ruined my opinion of both one of my most loved characters AND of Patricia Briggs herself. I know it's her world and they're her characters so she's entitled to do whatever she likes to them but this is some seriously messed up shit that I just can't deal with. Not after reading (and rereading again and again!) fourteen full length books (and multiple short stories!) set in this world without a single hint of what was coming. I don't think I've ever felt so betrayed, not even by Sarah J Maas which is really saying something! I hope that one day I'll recover from this enough to be able to enjoy the first fourteen books again but I don't think I'll ever be able to reread Burn Bright or any new books in this world which is utterly heartbreaking because they used to be one of the highlights of my reading year.

So what do you think of my choices? Are any the same as yours? What books and authors would make your Seven Deadly Sins list?
at 18:00