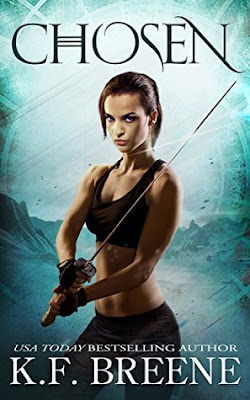 It is said that when war threatens the world, one individual will be selected by prophecy to lead the Shadow Warriors out of the Land of Mist and reclaim the freedom which has been stolen.

Shanti has grown up under the constant threat of war. Since she helped her people defeat a raiding party by using a special power, she's been a hunted woman. Carrying rare abilities and an uncanny fighting aptitude, Shanti is the only hope of salvation for her people. The problem is, she doesn't believe in her own divinity, and when she flounders, she nearly fails in the duty hanging so heavy on her shoulders.

It seems like any other day when Sanders and his band of misfit boys find a foreign woman clinging to life in the wastelands. Oblivious to the weapon they now have in their possession, they are content to harbor the mysterious woman until she is well enough to continue her journey.

But when the war spreads its arms and lands on her borrowed doorstep, Shanti has no choice but to reveal her secrets, plunging her saviors into danger. If they band with her, they will face certain death. But to trade her to Xandre, the warlord desperate to add her to his war machine, would be to give up their entire way of life.

War is coming. The only choice becomes: Which side do you choose?

Review:
Shanti has spent her whole life training to be a warrior, she is the Chosen one, the one who is meant to be the saviour of her people, and trying to live up to that has cost her everything. Now her people are in hiding and she has been alone for a year, searching for allies who can help her defeat their enemies. She is desperate and on the verge of starvation when a band of soldiers rescue her and take her back to their home town to recover. All she really wants is to heal up and get enough supplies to continue her journey but the town Captain Cayan is determined to find out where she came from and what secrets she is hiding. It quickly becomes obvious that Shanti has unusual abilities, ones that call to a similar power deep inside Cayan, and it isn't long before he is forced to chose between handing her over to her enemies or going into battle at her side.

I don't think I can even put into words how much I loved this book, the fact that I stayed up until 6am reading should give you a clue though, especially when I tell you that I'm planning to dive straight into the sequel, Hunted, as soon as I've written this review. I hardly ever read series books back to back but this one is definitely calling for a reading binge!

Shanti is a brilliant main character, she is incredibly strong, independent, intelligent, fierce, determined, ruthless, powerful, honourable, protective and completely badass. She has been honing her skills both physical, with all kinds of weapons and fighting styles, and mental, where she is able to use her Gift to attack on a psychic level, since she was a child and that really shows when she goes into battle. She is the kind of woman who takes no nonsense, she refuses to be seen as weaker than men and she has no time for the old fashioned gender roles in Cayan's town. I'll admit some of her actions are questionable in the beginning but I think any woman who wakes up surrounded by male soldiers is going to be immediately on the defensive and once she realises that they're not bad guys and they aren't intending to harm her she dials back on her Gift.

Shanti is slow to trust and let people into her inner circle but she's the kind of woman who inspires loyalty from those who get to know her properly. She is happy to pass on her skills and when she is forced to deal with an honour guard of young and still fairly untrained soldiers she takes it upon herself to teach them how to protect themselves. Scenes with her and her boys were absolutely hilarious and I loved the banter between them but what I really liked was how the author took her time building relationships between them all. We get to see that bond of loyalty slowly develop as they train together.

Cayan had to be another highlight, he's another complex and multi layered character who has a lot of the same great qualities of Shanti. He's a little old fashioned and the last thing he wants is a woman on the battlefield but that is before he sees Shanti in action and once he realises quite how skilled she is he is more than willing to see her as an asset. The relationship between him and Shanti is complicated, he wants to know all her secrets and she sees him as a threat, but when they decide to work together they can achieve the impossible. I really loved the way Shanti goes out of her way to tease and irritate Cayan and I have high hopes that things might develop beyond friendship at some point. I don't think it's going to happen quickly because they're only just starting to trust each other at the moment but that kind of will they / won't they build up is the best kind of relationship if you ask me.

Chosen is a fantastic start to this series, it has a whole collection of fantastic characters, a lot of humour, plenty of action and I think the world has a lot of potential. I still have a lot of questions about things but I'm definitely looking forward to learning more about Shanti's Gift and how she can use it. If the rest of the series remains as good as this book then I definitely have a new favourite on my hands.