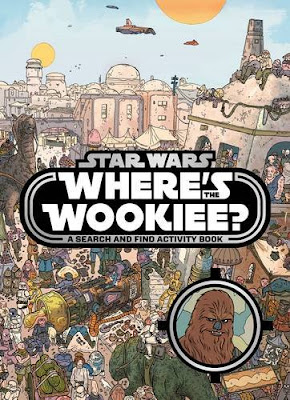 Chewbacca, a notorious rebel ally, is wanted for crimes against the Empire. Not often seen without his partner-in-crime, Han Solo, this Wookiee has evaded capture on multiple occasions, due in no small part to the fastest freighter in the universe, the Millennium Falcon. Chewie, as he is more commonly known, has a sizeable bounty on his head.

Can you find this furry criminal before other accomplished bounty hunters beat you to it?

Review:
If you'v ever enjoyed the Where's Wally? children's books and you're a fan of Star Wars then you're going to LOVE Where's the Wookie? It's exactly what you'd expect from a children's activity book in this style, it has some fabulous and very detailed cartoon images of very recognisable Star Wars locations and you have to search these double spread images for Chewbacca and 9 other characters from the movies (including Han Solo, the Millennium Falcon, Boba Fett & Bossk among others).

Some characters are fairly easy to find while others will take much longer (in fact there are a few I still haven't spotted!) but there is definitely hours of entertainment for all ages in the book.

Here are a couple of the images included in the book (pictures taken from Amazon): 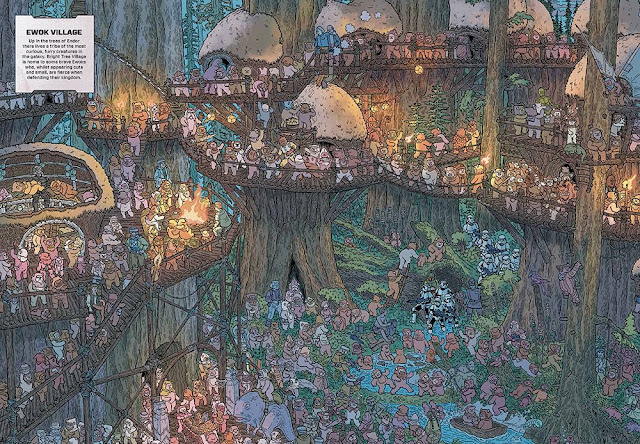 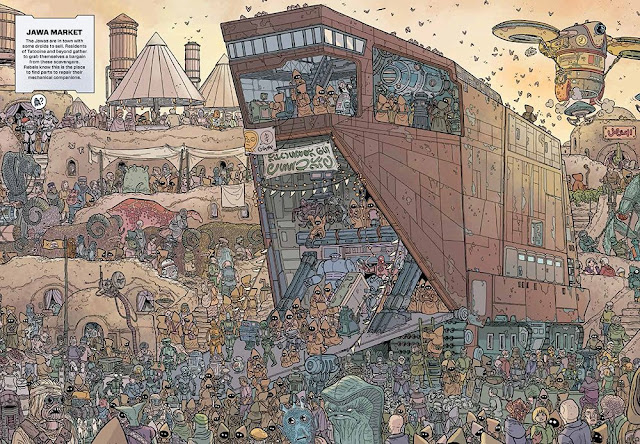 Where's the Wookiee? will make a great Christmas present or socking filler for Star Wars fans of all ages.