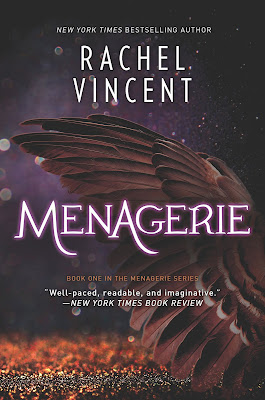 When Delilah Marlow visits a famous traveling carnival, Metzger's Menagerie, she is an ordinary woman in a not-quite-ordinary world. But under the macabre circus black-top, she discovers a fierce, sharp-clawed creature lurking just beneath her human veneer. Captured and put on exhibition, Delilah in her black swan burlesque costume is stripped of her worldly possessions, including her own name, as she's forced to "perform" in town after town.

But there is breathtaking beauty behind the seamy and grotesque reality of the carnival. Gallagher, her handler, is as kind as he is cryptic and strong. The other "attractions"—mermaids, minotaurs, gryphons and kelpies—are strange, yes, but they share a bond forged by the brutal realities of captivity. And as Delilah struggles for her freedom, and for her fellow menagerie, she'll discover a strength and a purpose she never knew existed.

Review:
Menagerie is set in a world similar to our own but one where all kinds of supernatural creatures, known collectively as cryptids, exist and are walking among us. Since humans found out the truth about these creatures they have been treated as less than animals, they have no rights, are unable to hold down jobs or own property and don't even have a say in what happens to their bodies or their children. Cryptids who are discovered are placed in the custody of the state, they can be bought or sold and if they're "lucky" they'll end up in a menagerie where people can pay to come and gawk at them through the bars of their cages. Unlucky ones will find themselves hunted & murdered for sport or used for all kinds of horrific experiments and testing.

Metzger's Menagerie is a travelling circus where all of the performers and attractions are cryptids. It travels around America and people pay exorbitant ticket prices to come in and see the "freaks" on display. Delilah visited the Menagerie as a child but now, 15 years later, it has come back to their area and her boyfriend bought tickets for her as a gift. She was kind of curious about the Menagerie and wondered if she would see any of the same cryptids from her childhood but she finds herself horrified by the way the cryptids are treated by their handlers and the Menagerie staff. When she steps in to defend a young werewolf child she discovers something about herself that gets her into more trouble than she ever could have imagined.

I've been a huge fan of Rachel Vincent's for a long time now and I'm consistently impressed with the new and interesting ideas she comes up with for every new series. Menagerie is like none of her previous books, it's much darker in tone and is actually more than a little disturbing in places. This isn't a comfortable read but it was a fascinating one and I was hooked from the very beginning. Delilah was a fantastic main character, one day she's just a normal girl having fun with her friends and then her entire life is turned completely upside down. She is stripped of everything she has ever cared about and becomes less than a second class citizen within a few terrifying moments. It was horrible seeing what she was going through but I admired her for her strength and courage, she is treated as an object to be ridiculed and laughed at but she never loses her humanity. The story actually raises a lot of interesting questions about what it means to be human and it really makes you think about the way we treat people who are different from ourselves. One of my favourite quotes from the story was:

We meet a whole host of interesting characters in this book, Delilah may be central to the story but she's only one of the major players and nothing is quite what it seems. All of the characters are fully three dimensional, they all have secrets and hidden motives and you can never be quite sure who you can trust. Every time you think you have things figured out Rachel Vincent manages to add in a new twist and I gave up trying to predict what would happen next. I loved the pure scope of this world, the sheer amount of different cryptids, each with very different skills and needs, was fascinating. There are characters you'll love, some you'll hate but more than a few who fall into such a grey area that you won't know which box to put them in. The plot unfolds masterfully and I loved the way things played out towards the end of the story, I don't want to say much about what happens but it has definitely left me desperate to get my hands on the sequel and I'm very excited to see where this series will go from here. 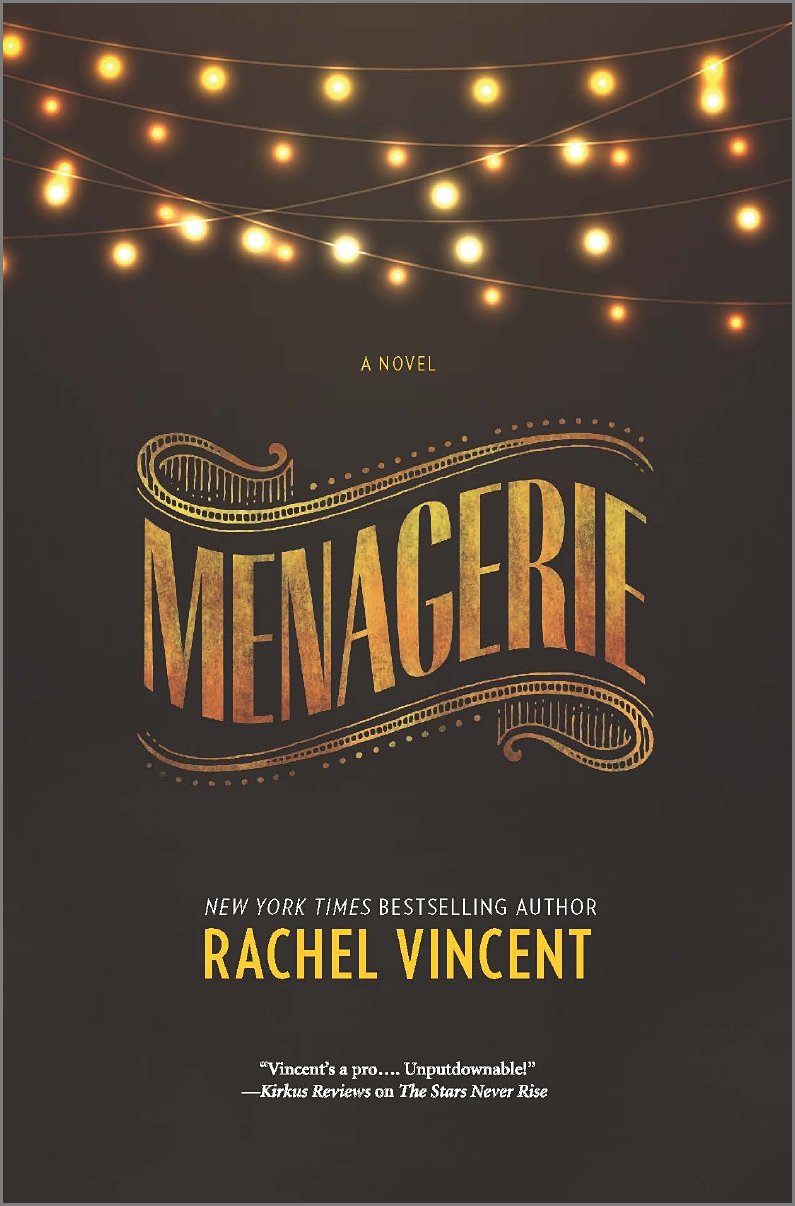