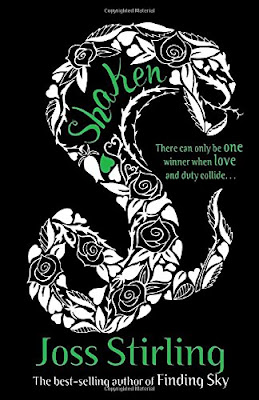 In Manhattan, New York, there is a girl with a secret.

That girl is Rose Knight. She needs to raise millions of dollars to save her father's life by any means necessary.

The arrogant and suave Damien Castle is good at uncovering secrets. He's even better at catching criminals.

When Damien meets Rose he knows she's trouble. It isn't her terrible dress sense that drives him to distraction, or even her obsession with Egyptology. It's the fact that he has never felt this way about a girl before.

But when duty and love are both on the line, which one will Damien choose?

Review:
Life isn't easy for Rose, she's only 16 but she's also the only person in her family that is even slightly responsible when it comes to money and she's definitely the only one who doesn't dabble in illegal activities. For months her father has been held hostage by criminals he owes money too and Rose is being blackmailed into paying a ransom fee for his safety. It's a good job she's extremely intelligent and has a knack for playing the stock market but that is only going to get her so far and things are about to get a whole lot worse. Damien is visiting fellow member of the YDA Joe and his family in New York when he meets their kooky next door neighbour Rose. Rose intrigues him but he can tell she's keeping secrets and it's not long before the boys start meddling in Rose's business trying to find out exactly what is going on. When things quickly go downhill Damien is determined to help Rose solve her problems but will she be willing to trust him when he already betrayed her once by sticking his nose in where it wasn't wanted?

I love Joss Stirling's books, they're always such fun and quick reads and a brilliant way to keep myself entertained for a few hours. You do have to suspend believe a little (what 16 year old would really be capable of raising millions of dollars in just a couple of weeks by buying and selling shares on the stock market?) but as long as you can just go with the flow and have fun with it I'm sure you'll enjoy these books. I love the idea of the Young Detective Agency, it's a school for teens that aims to teach them everything they need to know to go into a future career with law enforcement so it's at least somewhat believable that the students would be good at problem solving and investigations.

Damien is a character we've seen in the previous books and he's always been fun but definitely not a boy who is looking for a serious girlfriend. He's actually quite horrified that two of his best friends are now in a relationship and he makes a big point of telling Joe that he's planning on playing the field for a while longer. Of course everything changes when he meets Rose, she's nothing like the girls he normally goes for and he finds her all the more fascinating because of it. Rose is incredibly smart but not so good with people, she spends so much of her time looking after her father and brother and holding the home together that she doesn't have much left for anything other than studying so her social life is nonexistent. She would love to fit in but she just doesn't have the same interests as most of the people in her class and she's so focused on passing her exams and heading off to uni that she lets everything else pass her by. Damien pulls her out of her comfort zone a little which is really good for her, he finds her social awkwardness endearing but he won't let her hide away from the world. They actually fit together surprisingly well and I enjoyed seeing the friendship build between them.

There is plenty of action in the story, Rose is determined to do things her own way and although she does make a couple of really silly decisions they were forgivable because of her age. She wants to solve her family's problems and she has a dangerous plan but I had to admire the way she was so determined to do the right thing even when it meant putting herself in harm's way. Damien makes a couple of mistakes too but he steps up when she really needs him and that's the most important thing. I also enjoyed getting to know Joe a bit better so I'm really hoping he's going to be getting his own book too.