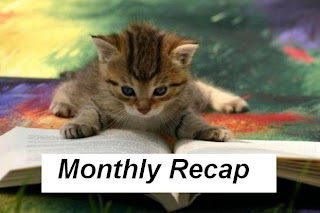 Before I talk about books I have to talk about the most exciting thing that happened in April, the arrival of the newest member of my family who entered the world on the 22nd at a whopping 8lbs 11oz.


Let me introduce you to my beautiful new nephew Aidan! 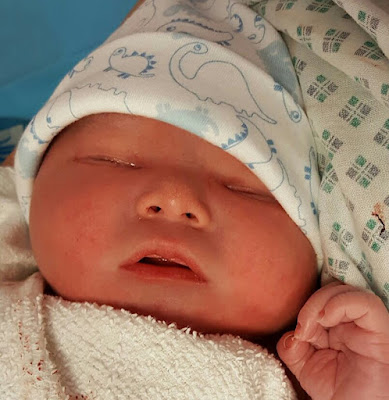 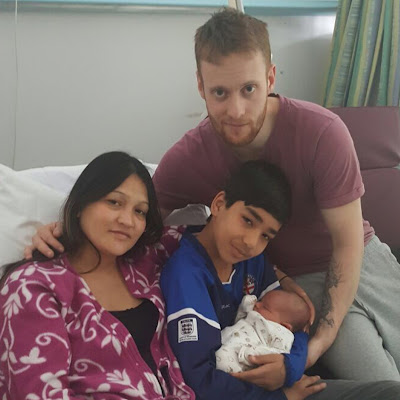 My brother James, sister in law Subasana
and nephews Swopan and Aidan 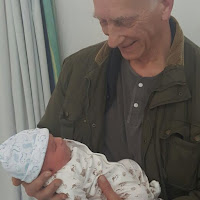 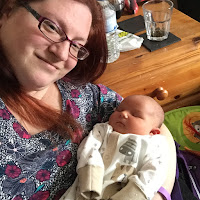 
Isn't he gorgeous! I'm totally in love & can't wait to watch him grow up :o)

My top YA read in April:

My top NA read in April:

Let Me by Cecy Robson (read my review here)

My top adult reads in April:


I've been pretty hopeless at writing up events recently so I've decided to start mentioning them in my monthly wrap up posts so they at least get a little attention! As you can see April was pretty eventful in the best possible ways and I got the chance to meet a couple of my favourite authors as well as celebrate the life of an author who I have been a fan of for over 20 years. 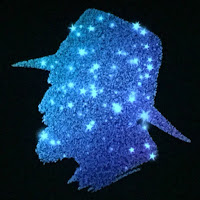 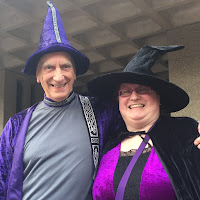 I already posted about the Terry Pratchett Memorial that I attended with my Dad at the Barbican Theatre in London (you can read all about it here if you missed it) but it was such a wonderful event and definitely one of the highlights of April so it has to be mentioned again in my monthly wrap up! 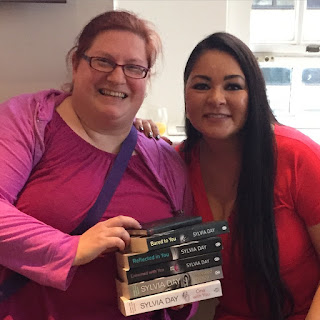 I was also lucky enough to be invited to the Penguin Random House offices (they have an AMAZING view across the thames from their terrace!) for a party to celebrate the release of One With You by Sylvia Day. I absolutely love the Crossfire series so I was sad that it's over but I've enjoyed every minute of the journey and chatting to Sylvia it sounds like she has a lot of exciting new books planned for us to look forward to. It was great to meet her again (I actually met her about 5 years ago at Authors After Dark in Philadelphia) and I was able to get my copies of the entire Crossfire series signed so they now have pride of place on my shelves. 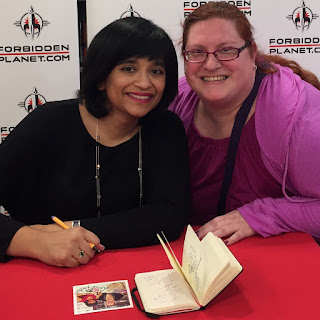 I was also thrilled to get the chance to meet Nalini Singh again, she is without a doubt my favourite author and I'm totally addicted to both her Psy-Changeling and Guild Hunter series. Last time she was over (about 3 years ago) I took about 20 books for her to sign so luckily this time I only had to carry books she had written in the last 3 years. She's quite a prolific writer so that was still 9 books and my back suffered for it the next day but it was totally worth it. If you've never read anything by Nalini you really are missing out, she creates such wonderful worlds and her characters are just amazing. If you're not a huge paranormal fan then you should try her Rock Kiss contemporary romance series because they're brilliant too!