Today I'm excited to be able to share the cover for the 2nd novel in Christi J. Whitney's Romany Outcasts series, Shadow, which will be published in the UK on the 2nd of June by Harper Voyager. I'm looking forward to catching up with Sebastian and seeing how he is coping with all the things that were thrown at him in the first book Grey! 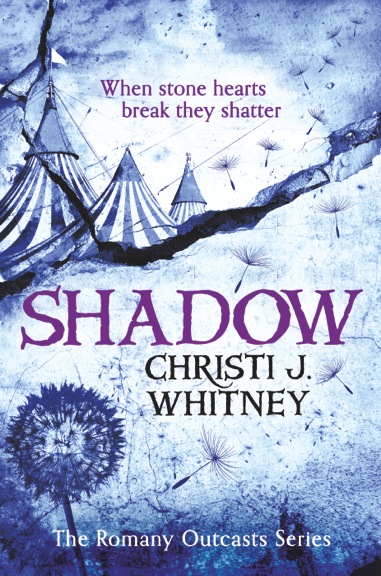 The second volume in this incredible YA trilogy. When stone hearts break they shatter.

Sebastian Grey used to be a normal teenager. Now he’s a creature whose sole purpose is to be a guardian for secretive gypsy clans.

When the Romany gypsies need his help, Sebastian is given a second chance to protect Josephine Romany – the girl he loves. But this is no easy task when some of them think he’s as bad as the shadow creatures attacking their camp.

Yet to keep Josephine safe, Sebastian might have to embrace his darker side. Even if that means choosing between his humanity and becoming the monster everyone believes him to be. 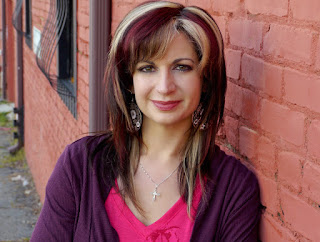 Christi J. Whitney is a former high school English teacher and theatre director with a weakness for sci-fi/fantasy conventions and superhero films. She loves a hot cup of coffee, a plate of sushi, and a good book—though not necessarily in that order.

She believes purple is the best color ever, chocolate fixes everything, and mismatched socks are a fashion statement. Christi lives just outside of Atlanta with her three favorite boys: her amazing husband, and her two spectacular sons.

She has written numerous scripts for theatrical productions and directed dozens of musicals and plays, but young adult fiction is her favorite pastime. When not inventing worlds on the stage or on the page, Christi surrounds herself with family and friends, artistic clutter, and enough geeky hobbies to last into the next century.

Connect with the author:

What do you think of the cover? I absolutely love the colours, the circus big top makes a lot of sense if you've read the first book and I really like the dandelion seeds being blown across the image. I'm glad we don't have to wait too much longer to get our hands on a copy!
at 20:14