For several months now the Terry Pratchett and Discworld websites have been teasing fans with hints about a Memorial event for Terry Pratchett. Tickets were free but had to be applied for and were given to fans at random since it was incredibly oversubscribed. Along with thousands of others I put my name down, with little to no hope of actually being lucky and in fact I was initially unsuccessful but thanks to some last minute dropouts my name was pulled from the reserves list!

I can't even begin to tell you how much excited jumping around was done when I opened that email but my Dad and I are ready. We've both been Discworld fans for about 20 years now and had the pleasure of meeting Sir Terry at the signing for I Shall Wear Midnight so I'm really happy that we get to share this experience together. We have our costumes sorted (hopefully we won't be the only witch and wizard in attendance!) and I couldn't be more ready for this event. 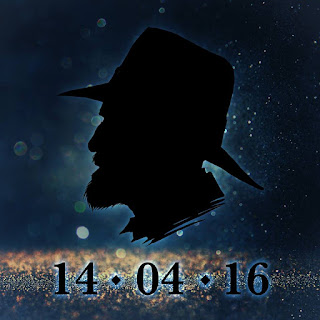 We have no idea what to expect tonight, the organisers have been VERY tight lipped about what the event will actually involve, but right about now we'll be arriving at the Barbican Theatre along with hundreds of other Terry Pratchett fans. I'm sure tonight will be a very poignant experience and I'm fully prepared to shed more than a few tears throughout the evening but I'm excited to be taking part in something so special in memory of someone who has been such a huge influence on my reading life.

We're not allowed to take photos or videos but I'll be sure to write about the event sometime in the next few days to try and share a little of the experience with fans who aren't able to attend.