I've been excited about Laure Eve's upcoming novel The Graces ever since I heard about it at the Faber & Faber blogger event in February. It's not out until September so we have a little longer to wait but today I get to share the gorgeous cover with you!

First let's have a look at this fabulous animated version Faber & Faber created:

Isn't it awesome! Now let's have a look at the finished cover and the blurb (taken from Amazon): 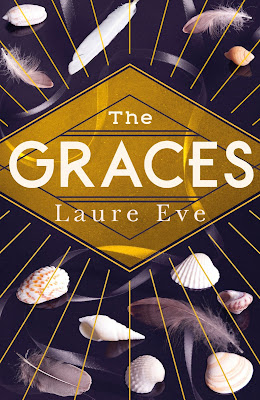 Everyone said the Graces were witches.

They moved through the corridors like sleek fish, ripples in their wake. Stares followed their backs and their hair.

They had friends, but they were just distractions. They were waiting for someone different.

All I had to do was show them that person was me.

Like everyone else in her town, River is obsessed with the Graces, attracted by their glamour and apparent ability to weave magic. But are they really what they seem? And are they more dangerous than they let on?

This beautifully-written thriller will grip you from its very first page.

Now just imagine that cover with lots of gold foil so it's all shiny and it's going to be so pretty. Another really cool feature is the invisible writing on the spine. If you look at the full cover wraparound below you can see the greyish looking writing on the spine that says "everyone said" and "were witches", well Faber are using a special technique to print that writing so that you'll only be able to see it from a certain angle when the light hits the cover just right. Isn't that brilliant! 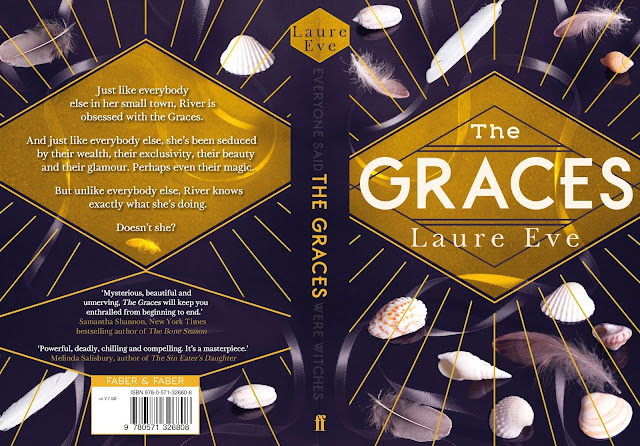 So what do you think of the cover? Was the book already on your radar or have you just added it to your wish list? Did you read Laure Eve's first series?
at 13:00