I absolutely love Philip Pullman's His Dark Materials series, it's a series I read and reread again and again when I was younger so it'll always have a special place in my heart. So I was incredibly excited when I heart he was going to be writing a new trilogy set in the same world. The first book, La Belle Sauvage, is going to be released in October (my copy is already on preorder!) and I found this video on YouTube of Philip talking about the series so I thought I'd share it with you here: 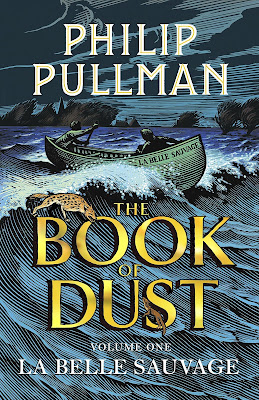 Eleven-year-old Malcolm Polstead and his dæmon, Asta, live with his parents at the Trout Inn near Oxford. Across the River Thames (which Malcolm navigates often using his beloved canoe, a boat by the name of La Belle Sauvage) is the Godstow Priory where the nuns live. Malcolm learns they have a guest with them; a baby by the name of Lyra Belacqua . . .

I'm excited that Lyra is still going to be a character in the new series but I'm looking forward to meeting Malcom too. I think it's time for another reread of the original books though, just to tide me over until October!
at 18:00