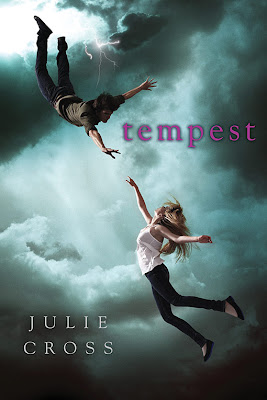 The year is 2009. Nineteen-year-old Jackson Meyer is a normal guy… he’s in college, has a girlfriend… and he can travel back through time. But it’s not like the movies – nothing changes in the present after his jumps, there’s no space-time continuum issues or broken flux capacitors – it’s just harmless fun.

That is… until the day strangers burst in on Jackson and his girlfriend, Holly, and during a struggle with Jackson, Holly is fatally shot. In his panic, Jackson jumps back two years to 2007, but this is not like his previous time jumps. Now he’s stuck in 2007 and can’t get back to the future.

Desperate to somehow return to 2009 to save Holly but unable to return to his rightful year, Jackson settles into 2007 and learns what he can about his abilities.

But it’s not long before the people who shot Holly in 2009 come looking for Jackson in the past, and these “Enemies of Time” will stop at nothing to recruit this powerful young time-traveller. Recruit… or kill him.

Piecing together the clues about his father, the Enemies of Time, and himself, Jackson must decide how far he’s willing to go to save Holly… and possibly the entire world

Review:
19 year old Jackson has recently discovered he has the ability to jump through time. He has been experimenting with the help of his best friend Adam trying to learn his limits and so far he only seems to be able to go a couple of days back in time. Everything changes the day gunmen burst in on him and his girlfriend Holly and she gets shot. In his panic Jackson somehow manages to jump two years into the past and now he's there he can't seem to find a way back to the present. Will he be able to find a way back home and can he do anything in the past to save Holly in the future?

I found the beginning of the story fascinating as we watch Jackson and Adam experiment to try and find out the limitations of Jackson's abilities. The rules of time travel were really interesting, particularly how nothing he does in the past actually makes any changes in the present. That did confuse me for a while but a lot of things are explained by the end of the book. I also really liked having a male narrator, there don't seem to be that many novels written from the boy's point of view so that is something that always makes me want to pick up a book. I really liked Jackson and thought he was a great main character, I enjoyed watching him try to figure out what was going on and I particularly loved seeing him spend time with his sister Courtney. In fact I would have loved to have seen more of Courtney because she was one of my favourite characters, I hope she has a bigger role in the rest of the series.

I did find the story slowed down in the middle and I felt it spent way too much time focusing on the romance between Jackson and Holly. That wouldn't usually be a problem because I love romance in my stories but for some reason I just didn't connect with them as a couple. Holly was likeable enough but there wasn't anything about her that made her stand out for me and I couldn't see why Jackson was so crazy about her. I really found the story dragged for a while and I was getting to the point where I wasn't sure if I would finish reading it but I'm glad I stuck with it because the action towards the end of the book had me hooked back in. The pace really picked up and I couldn't put it down, there were so many twists and I needed to know what would happen next.

Tempest is an impressive debut from Julie Cross and I'm looking forward to reading the rest of the series - I'm just disappointed we have to wait a year for the next instalment!

Other Reviews:
Review Diaries
If you have reviewed this book on your blog please leave a link to your review in the comments & I'll add the link here.