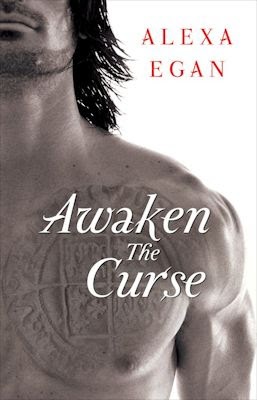 Now available only as an eBook, the dark and sexy prequel to the Imnada Brotherhood series about a clan of shape-shifters and telepaths living secretly as humans for centuries.

One very passionate and very scandalous kiss separated university student Justin McKeegan and professor’s daughter Kate Lacey. Now five years later, Justin, the new Lord Duncallan, receives an unexpected summons from Kate’s father begging him to come to Wales. When Justin arrives, he finds Professor Lacey has vanished while studying a mysterious ancient obelisk, and everyone blames the nightwalkers, sinister creatures said to haunt the surrounding remote Welsh mountains. Do these legends point to the existence of the Imnada, a race of shape-shifters said to have died off a thousand years ago? Or is the professor’s disappearance the result of a very human villain? Justin and Kate are determined to find out the truth, knowing it may be the only way to find her father.

Even as they work to unravel the mystery, they find that they’re not the only ones interested in the obelisk and the lost race of Imnada. Treasure hunter Gilles d’Espe believes the ancient dolmen is the focal point of the shape-shifters’ power and would do anything to lay his hands on the last of four silver disks he needs to unlock the dolmen. A disk that hangs around the neck of Justin McKeegan. While Cade, a local villager, is determined to refute both the claims of nightwalker sightings and the power of the dolmen as superstitious nonsense.

Justin and Kate soon find themselves fighting for their lives. Yet every hour they spend together makes it harder to lay aside the bitterness of the past and a very new and very real temptation…

Review:
I have a bit of a soft spot for books that combine paranormal romance with a historical setting, that does cover two of my favourite genres after all so I see it as a two for one deal! Awaken the Curse is a prequel novella to Alexa Egan's Imnada Brotherhood series, the first full length book, Demon's Curse, is being published at the end of December so I thought I'd try this story first.

Main characters James and Kate first met five years ago when James was a student of Kate's father. They fell headlong into a secret affair but things fell apart after they were caught kissing by Kate's father and they haven't seen each other since. But when Kate's father goes missing while investigating an unusual obelisk deep in the mountains James knows he must help Kate find out what happened to him. Kate's father believed that the obelisk is an artifact that was created by the extinct race of Imnada shape-shifters but with local rumours of nightwalkers attacking humans and now his disappearance Kate and Justin wonder if the Imnada are really as extinct as they have been led to believe.

It is hard to introduce a new world along with several different types of supernatural creatures in a novella so although I felt the author managed to catch my interest I have been left with a lot of unanswered questions. That isn't necessarily a problem though and I do think that there is a lot of potential for things to get really interesting in Demon's Curse. I'm looking forward to learning more about both the Imnada and the Others (who are somehow related to the Fae) and the different abilities that they may have. I also definitely want to see more of the mysterious Lucas!

As far as the romance in this story went I felt things were a little rushed but that is something I usually expect when reading a novella. The couple did have a past history so that helps to explain how they rediscover their feelings so quickly but I have to admit that I found Kate's actions confusing at times - especially towards the end of the book. I can't really say too much giving spoilers so I'll just mention I found her actions to James were very cold considering what had already taken place between them. Although Awaken the Curse didn't wow me as much as I'd hoped it would it wasn't a bad introduction to the series and I'm left with high hopes for the next book which I'm planning on reading very soon.