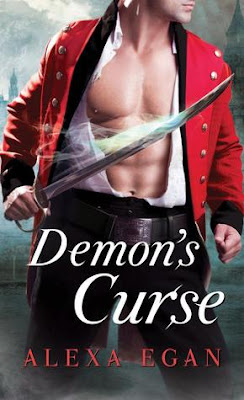 A fast-paced and captivating debut—the first in the dark and sexy Imnada Brotherhood series about shape shifters in Regency-era England.

A rising star on the Covent Garden stage, Bianca Parrino believes she has everything she wants. Independence. Wealth. And a life finally free of her violent, abusive husband. But when her close friend, Adam, is murdered, and Bianca is suspected in his death, she is unwittingly drawn into the search for his killer, and soon must question everything she believes—about her friend, about herself, and about a world she never knew existed.

A member of the mysterious race of shape-shifting Imnada and part of an elite military unit, Captain Mac Flannery gathered intelligence during the Napoleonic wars. As a result of a savage massacre, Mac and the men he served with are cursed. Now one of them has been found murdered, and Mac suspects the existence of the Imnada has been discovered at last. His only link to unearthing the truth is the beautiful actress who turns up unexpectedly at Adam’s funeral.

Before long, Mac has more to contend with than Bianca’s overt mistrust, his ill-fated attraction to the haughty and beautiful actress, and his ongoing search for an end to the curse. Because Adam’s killer is back, and Mac is next on his list.

Review:
Mac is part of an elite military unit who are gathering intelligence during the war, they are also part of a secretive race of shapeshifters called the Imnada. The Imnada were supposedly wiped out by the Fae related Others centuries ago but in reality they have just worked hard to remain in hiding. When threatened with discovery Mac's team do what they have to to protect their clan but as a result of their actions they find themselves cursed. Now with one of his until murdered Mac believes someone has uncovered their identity and that he is their next target. Bianca is a popular actress but when rumours link her to the murder of her close friend she is asked to take leave from her job. She is grieving for her friend and desperate to prove her innocence but she can only do that with Mac's help. Can they work together to catch Adam's killer and possibly find a way to break the curse?

After reading the prequel novella Awaken the Curse I had high hopes for Demon's Curse when I picked it up but unfortunately I found myself feeling let down by the time I finished it. I normally love the combination of a paranormal romance with a historical setting but in this case the book just really struggled to hold my attention and I even found myself skimming sections which is something I never usually do. Firstly I was surprised to see that there was no link between this story and the prequel novella, I wasn't expecting to see much of the previous couple but I did think that Lucas might have an important role to play in the series so it confused me that he wasn't even mentioned. I do wonder if he will crop up in future books but at this point it kind of feels like there was no point in reading the prequel, it certainly didn't give me any information that I needed to read this story.

At 400 pages this isn't a massive novel but the pacing really drags in parts which made it feel much longer than it was. You have to wait a long time between the action scenes and I just found myself getting bored. I know there is always a certain amount of world building to be done in the first book of a new series, in fact that is something I usually enjoy because I like finding out the details, but in this case I had so many questions and it took forever to get any answers. Perhaps it's just me but I didn't even understand what the curse on Mac and his team did to them until about half way through the book! I still don't know much about the Imnada or the Others (on a side note I have to mention what a boring species name Others is - especially when you compare it to Imnada!) and the whole feud between the two groups seems ridiculous.

Mac and Bianca were likeable enough characters but neither of them stood out in my mind, in fact barely a week on from finishing the book I can hardly remember anything about either of them without looking at the notes I took while I was reading. I did like the fact that Bianca's past isn't brushed under the carpet as soon as she meets Mac. She had suffered a great deal at the hands of her abusive husband and that made her especially wary of Mac. Even when she got to know him better and decided to give in to the attraction between them she still had moments where her memories would surface and effect the way she reacted to Mac. I felt that this was a very realistic reaction for someone who had been abused and I really liked the way Mac was so patient with her and helped her work through her issues. I also liked the fact that Bianca wasn't a useless female who sat around waiting to be rescued by her man and that she helped him as much as he helped her.

I would like to find out more about the Imnada and I really want to know what will happen with Lucas (from the prequel) but I'm really not sure if I'll continue reading this series. I can't say that I hated the story but I can only say it was OK, nothing about it blew me away or made me excited to carry on reading future instalments. I may well be in the minority with that though so I don't want to put anyone off giving it a try. Hopefully you'll enjoy it much more than I did.