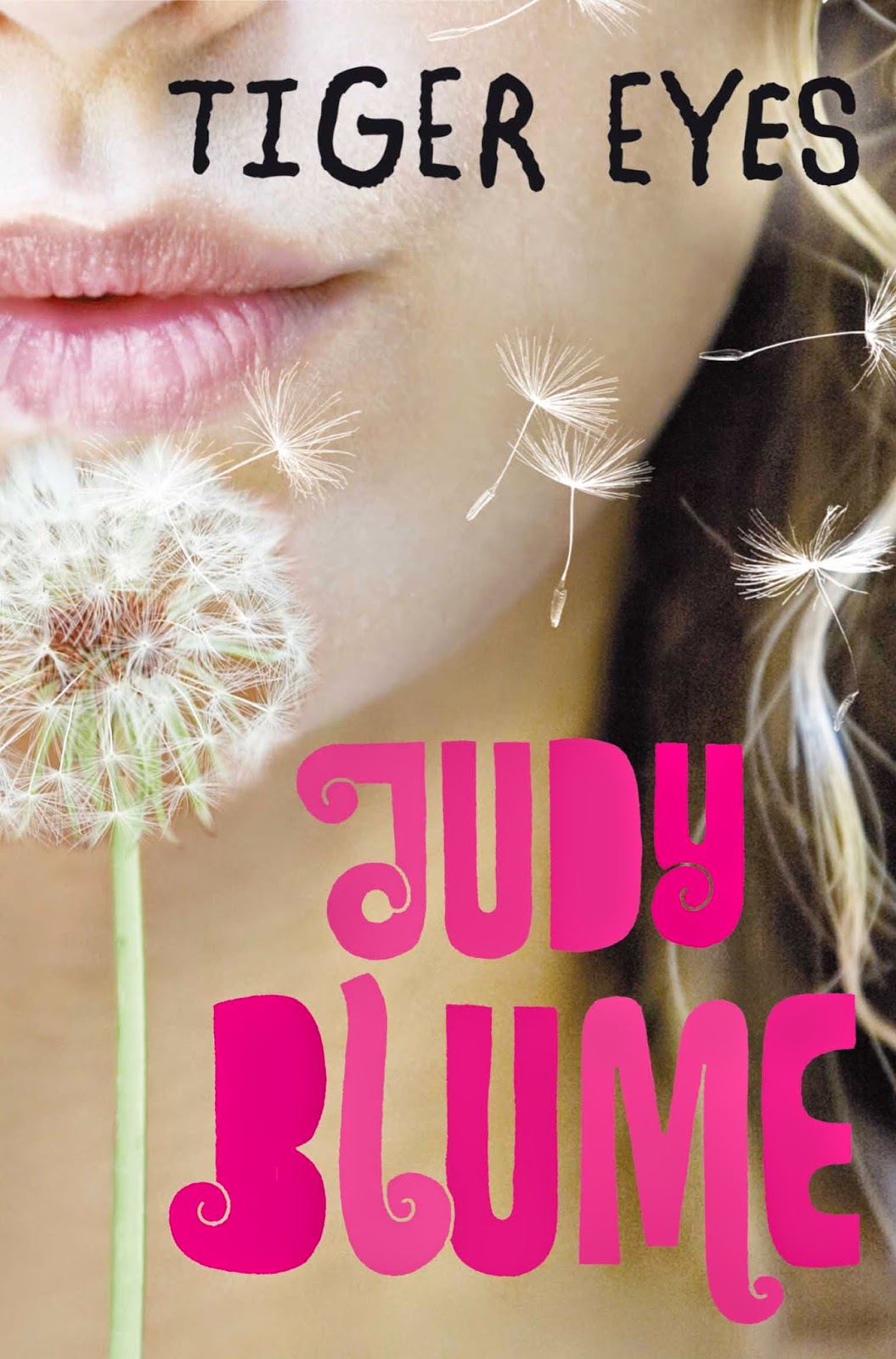 "You have sad eyes, Tiger", he says. "A bright smile but sad eyes." He waits for me to say something. I don't.

Davey's life has been ripped apart by her father's murder. Uprooted and taken to stay in New Mexico with her uptight aunt and uncle, she feels trapped - by their fearfulness, by her mother's grief, by her own anger and pain. Then she meets Wolf - intense, brooding, mysterious Wolf. Without asking questions, somehow he's the only one who understands what she's feeling . . .

A powerful, raw and brilliant novel about love, grief and learning to live again.

Review:
I was a massive fan of Judy Blume as a teenager, at the time there weren't the huge range of YA books that we have now and she was one of the few writers that I could turn to when I wanted to read a book about teenagers with real problems, ones that I could relate to. Recently Judy Blume visited the UK and I got the chance to attend an event with her and I can't tell you how excited I was to meet the author who wrote some of my favourite childhood books. It had been a long time since I'd read any of her work though so I decided to re-read a couple of her books before the event.

The first one I re-read was Forever and while I did still really enjoy it I have to admit in a lot of ways it was quite dated and I'm not sure if teens today would love it as much as I did when I was younger. Tiger Eyes has a different feel to it, although it lacks modern conveniences such as mobile phones and the internet (no those things really didn't exist when I was a child and doesn't that make me feel old LOL), it didn't feel quite so out of touch as Forever did. I'm not quite sure why that is but it doesn't really matter, it just meant that I enjoyed Tiger Eyes as much as I always used to.

Davey is just fifteen years old when her father is murdered during a robbery of their family store. She is completely devastated by his loss and since her mother has completely fallen apart she is feeling lost and alone. Her aunt and uncle offer to take the whole family in so that they can get away from the memories of what happened and Davey finds her life completely uprooted. She's living across the country away from all of her friends and forced to attend a new school where everyone has grown up together and she is the outsider. Her mother and young brother, Jason, seem to be thriving under the care of her aunt and uncle but she is suffocating with their strict rules and more lonely than she's ever been in her life. Can Davey find a way to put the pieces back together and be happy again?

Tiger Eyes is a coming of age story but most of all it's a story of loss and grief, it's about coping with the aftermath of something horrific and realising that life does go on even when you really don't want it to. It's about losing someone you love but it's also about realising how important the people left behind are to you, it's about family bonds and making new friends. There are just so many lessons to be learnt from this book and Davey's story is a heartfelt and emotional one. I grieved with her and I felt her loneliness but I also smiled when she started to move forward in her life and I enjoyed seeing her family learn how to lean on each other in their grief. Although there is a hint of romance it is by no means the main focus of the story but that doesn't matter because this book is so much more.

Whether you're an old Judy Blume fan, like me, looking to recapture childhood memories or someone who has never read one of her books before I would definitely recommend giving Tiger Eyes a try. It's a beautiful story and one that I'm sure will still be relevant in another 30 years.