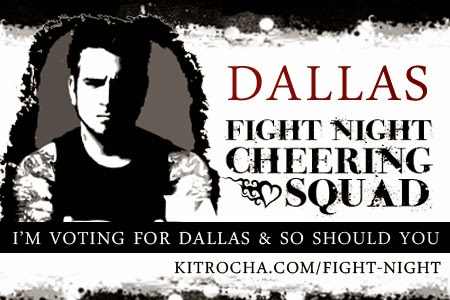 I have to confess I'm a little sad today - my favourite Ace was knocked out of Fight Night in the second round and I'm a bit gutted that means Kit Rocha won't be writing a short story about him at the end of the championship. However if Ace was going to be knocked out by anyone then I'm glad it was by Dallas, the undisputed King of Sector Four.


Final Round: Bren vs Dallas: 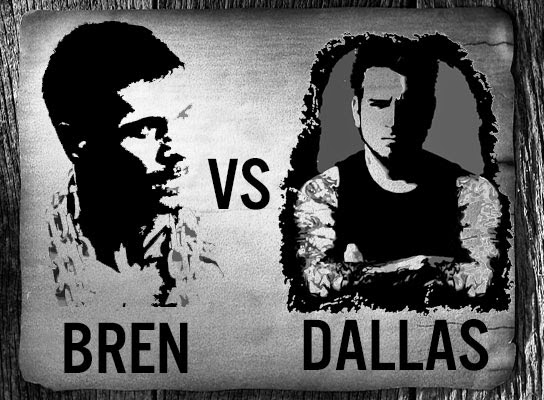 I mentioned in the last post that I felt a bit guilty voting for voting against Dallas even if it was for my man Ace so I'm definitely back to rooting for him in the final! He's tough enough to keep a whole sector in line so it's pretty obvious he has skills and as much as I love Bren I don't think he's going to be able to knock Dallas off the top spot. It's a matter of pride for Dallas and I don't think Lexi would ever let him live it down if he didn't win!

As per the previous rounds you can vote using the Rafflecopter form below and you'll be in with the chance of winning some fantastic prizes (including eARCs of book 5 in the series Beyond Addiction - I AM DYING TO WIN THAT PRIZE!!!).