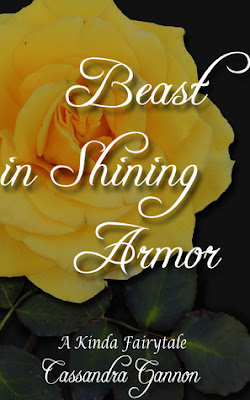 Contestant One: Avenant is a handsome prince with a dark side. There’s a beast inside of him, always waiting to get out. All his life, he’s been labeled a monster and he’s done his best to live up to his Bad reputation. His parents hated him, his fairytale kingdom fears him, and now he’s been dragged into court. Again. His newest legal troubles are all because Belle Ashman stole his throne. The beautiful bookshop owner is the one woman Avenant longs for. The two of them have been in competition since childhood and the contest just became winner-take-all.

Contestant Two: Tired of Avenant ruining her dates, firing Mother Goose, and tearing down Humpty Dumpty’s wall, Rosabella Aria Ashman decided to depose the tyrant. Eight months ago, Belle led a rebellion and had Avenant thrown in prison. Now, the Beast has returned, demanding his kingdom back. Avenant might be gorgeous, but he’s also arrogant, selfish and he’s been mean to her since kindergarten. This time, Belle’s determined vanquish him, once and for all.

The Ultimate Showdown: In the farthest corner of the Northlands, there is an impenetrable labyrinth. Made of ice and stone, no one has ever entered it and emerged alive. Now, Belle, Avenant, and other storybook contenders for the crown are heading into the maze. Whoever solves its riddles gets the kingdom. In order to win, Belle and Avenant are going to have to work together. Considering their lifelong feud, that would be challenging enough, but they’re also dealing with an angry minotaur, an unknown killer, miles of twisting corridors… and the fact that these two mortal enemies might just make a perfect team.

A Kinda Fairytale Series:
Wicked Ugly Bad
Beast in Shining Armor
The Kingpin of Camelot
Happily Ever Witch (release date to be confirmed)

Review:
I'm so glad that Ilona Andrews recommended this series, it's been such a joy to read and I love the way Cassandra Gannon has used so many familiar characters but created her own world and a completely unique story for them. While each book is about a different main couple and works as a stand alone romance I'd definitely recommend reading the series in order so you can get to know all the recurring side characters and learn about the world.

We met Prince Avenant in the first book, he was a member of the WUB Club and he was with Letty, Marrok and the others when they escaped the Wicked Ugly Bad Mental Health Treatment Centre and Maximum Security Prison. Avenant was only in prison because his long term rival Belle (& childhood crush) set him up for fraud and then led a rebellion against him so that she could steal his crown and he is determined to get back what is rightfully his no matter what it takes. Avenant is understandably bitter about the way things went down between them but when he tries to claim back his kingdom he finds himself having to work alongside Belle to stop other rivals stealing the prize from them both.

Again I don't want to give away much of the plot but it involves a hero's quest, a labyrinth and a couple with years of fighting and bitterness between them who both refuse to admit they might have made a mistake. Expect lots of high jinx, plenty of fun characters and a surprisingly sweet romance. My only complaint about this series is that it could use a final editing pass but overall the errors I've spotted haven't take away my enjoyment of the stories and I find myself smiling the whole way through. I'm definitely looking forward to reading the next book, The Kingpin of Camelot, and can't wait to see what Cassandra Gannon has in store for Guinevere and Midas.