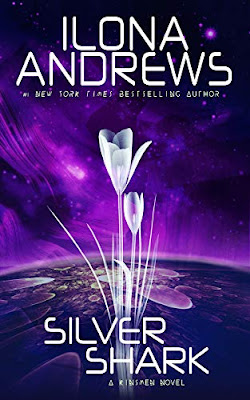 The World of Kinsmen

In a distant, future world Kinsmen—small powerful groups of genetically and technologically advanced families—control vast financial empires. They are their own country, their own rulers, and their only limits are other Kinsmen. The struggle for power is a bloody, full-contact sport: in business, on the battlefield...and sometimes in the bedroom.

Claire Shannon is a killer...and her weapon is her mind.

Born on a planet torn by war for over 300 years, Claire is a soldier: a psycher, with the ability to read, control, and destroy the minds of enemy psychers and to infiltrate the biological network where they battle to death.

When Claire’s faction loses the war, she barely escapes extermination from both sides, as her talent brands her as too dangerous to society. By so-deeply burying her ability that she avoids detection, Claire is instead deported to Rada as a refugee, where she must find work to remain. She finds a job as personal assistant to Venturo Escana, a premiere kinsman; one of Rada’s most wealthy entrepreneurs—and most powerful psychers.

She thought she had left war behind, but now she must hide her skills and her growing feelings from Venturo…and this battle might just cost her everything...

Review:
Claire is a psycher, a soldier with a lethal mental ability who fought on the losing side of a war that consumed her planet for the last 300 years. Now her entire unit is dead and the enemy is killing off any soldier they can find, especially ones with abilities like hers, so her only chance of escape is to hide her power, pretend to be a civilian and get accepted as a refugee on another planet. She has three months to settle on Rada, find a job and start building a new life for herself but if anyone finds out who she really is or what she is capable of she'll end up being deported back to her home world where she'll certainly be executed.

She has build strong shields around her mind to prevent anyone from finding out what she really is so it's quite ironic when she is offered a position working for a powerful psycher, Venturo Escana, as his personal assistant. Ven is in control of his family's security firm and if he knew what Claire was capable of she could be a huge asset to him but only if he can get over the lies she has told and learn to trust her.

This story had everything, kickass main characters who have some fantastic powers, fun world building - I especially love the battles on the bionet which were a bit like something out of the Matrix - and a romance I was totally on board with. This is a novella (around 130 pages) but the Andrews manage to pack a lot into those pages and I loved every minute of it.

I waited a long time for Silver Shark to be rereleased so I was really excited to finally get my hands on a copy. Ilona and Gordon never disappoint and this story was just as much fun as I thought it would be. My only complaint is that it left me wanting more, more of these characters, more of this world, just more of everything really! You can see how some ideas from the Kinsmen world were expanded upon and to help create the Hidden Legacy series so I think it's unlikely that they'll choose to write more Kinsmen stories but if they ever do I'll be first in the queue to buy them.