Book to Movie Comparison: Now Is Good (Before I Die) - Jenny Downham 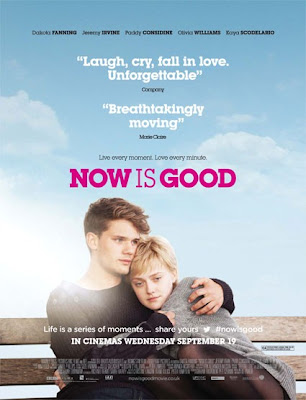 I absolutely loved Jenny Downham's book Before I Die (which has now been re-released as Now is Good to match the movie title) when I read it last year. You can read my review of the book here for more information but if you haven't read it yet then I'd highly recommend it. The story is a heartbreaking one that definitely requires tissues but at the same time it will make you appreciate the important things and want to make the most of every moment. 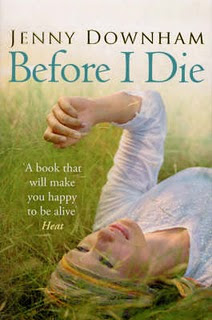 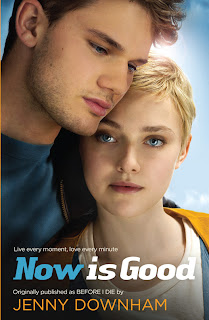 It's really going to happen. They said it would, but this is quicker than anyone thought.


Everyone has to die. We all know it.


With only a few months of life left, sixteen-year-old Tessa knows it better than most.


She's made a list though - ten things she wants to do before she dies. Number one is sex. Starting tonight.


Uplifting, life-affirming, joyous - this extraordinary novel celebrates what it is to be alive by confronting what it's really like to die.

Anyway, as a huge fan of the book I was looking forward to seeing the film adaptation so when Random House offered me the chance to attend a preview last month I couldn't say yes fast enough! Kirsty (from The Overflowing Library) & I set off for London early and spent the day hunting for Wenlock and Mandeville statues (more about that in another blog post next week!) before making our way to the Warner Bros offices to see the film. 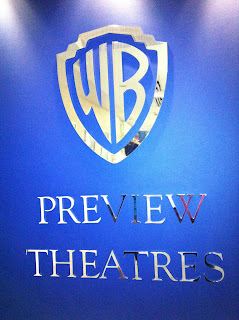 I have to say that I think Warner Bros have done a fantastic job with the adaptation of Now is Good. They can never fit as much detail into a movie as there is in a book but I felt they have captured the essence of the story perfectly. Dakota Fanning gives a heartbreaking portrayal of Tessa and I loved Jeremy Irving as Adam. The relationship between Tessa and her father was moving and her younger brother Cal was adorable.

Considering I cried buckets when reading the book I knew the film would be a tearjerker and I'm glad I'd remembered to take plenty of tissues with me. I don't think there was a dry eye in the theatre! My only warning would be for fellow blood phobics out there, if you are the kind of person who faints at the sight of blood then I can warn you when you need to leave the cinema. My blood & needle phobia has caused me to faint many, many times (during blood tests & injections, at the dentist, visiting people in the hospital, when I've had a bad nose bleed, during my first aid course - the list could go on forever!) but I had NEVER fainted at the cinema before!

There was one particular scene where Tessa has a very nasty nose bleed that sent me over the edge and yes I managed to faint in the middle of the film! Luckily Kirsty was the only one who noticed so although I practically frightened the life out of her I didn't completely humiliate myself in front of the entire cinema. One thing about fainting when you're already sat down is that you don't nessecarily fall out of your seat LOL. I thought I was probably the only one who had this problem so I wouldn't have bothered to warn people but Clare from Random House found out that one of the other publicists fainted at exactly the same point during another preview screening so you have been warned!

In spite of the awkward fainting moment and feeling rather traumatised after it happened I did really enjoy the film. I don't think the ending had quite the same impact on me that it would have if I wasn't still recovering though. I did cry but not as much as I think I could have!

Now is Good is in cinemas in the UK now so make sure you book your ticket. In case you haven't already seen it here is the UK trailer:


I'd like to say a massive thank you to Random House & Warner Bros for inviting us to the preview screening - it was definitely a memorable experience! 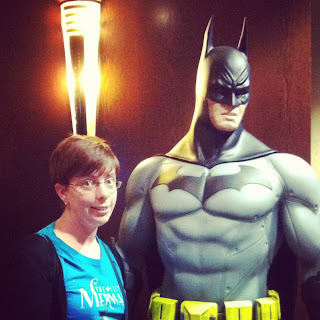 Shhhh don't tell everyone but Kirsty even got to meet Batman on the way out!


Who was there:
Clare - Random House
Kirsty - The Overflowing Library
at 18:00