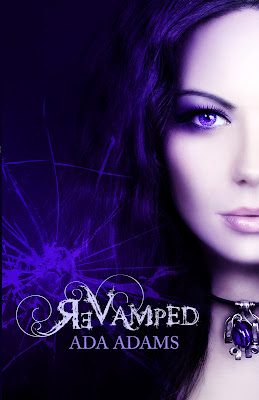 Nineteen-year-old vampire Dawn has led a sheltered life within the confines of her father’s presidential headquarters. Upon being sent on a mission to revamp four goofy misfits into guardians of a peaceful little town of Angel Creek, Dawn believes that all her dreams have finally come true. What starts off as a simple task, turns into something unexpected, changing Dawn’s life forever and leading the action-loving, thrill-seeking vampire teen on a path of mystery, danger and intrigue.

When a human girl is kidnapped by a group of rogue vamps, Dawn discovers that there is more going on in Angel Creek than meets the eye. And it all connects to Ethan, the cute newcomer who seems too perfect to be true, Sebastian, the mysterious vampire with a turbulent past, and even Dawn herself. Dawn must not only succeed in revamping the troubled recruits, but must also prevent the vampire race from being overtaken by a malevolent villain who has a strange and obsessive fascination with her. As threat escalates, romance blooms, and ghosts from her past begin to surface, Dawn is sure of only one thing: her life will never be the same.

Review:
As the daughter of the vampire President Dawn has lead a sheltered life rarely leaving the safety of the Scarlett House. She has spent her entire life training to defend her kind with all different types of weapons but until now has never been allowed to leave her home to go on a mission. Excited at the idea of her first task she is sent to Angel Creek to train four new guardian vampires to take over the town's protection. Thinking it will be an easy task she fully expects to be home within days but when she meets the group of misfits that she is expected to train she realises it is going to be a much harder job than anticipated. As she gets to work she soon discovers that there is more going on in Angel Creek than first meets the eye and soon the whole team is put at risk when a human girl is kidnapped by rogue vampires.

ReVamped is Ada Adams' debut novel and the first book in a series that has a lot of potential. I liked the author's take on different kinds of vampires, you have the standard Made vampires who were originally human and then turned by another vampire and you have the much rarer Born vampires. Born vampires are quite obviously born from 2 vampire parents, they are faster and stronger than Made vampires and they age like a normal human until they give birth to their first child at which point their ageing stops. I would have liked a little more information on why having a child would stop them ageing further but the premise was interesting enough for me not to worry too much about the science behind it.

Dawn is an OK heroine, she is strong and well trained so she has the ability to defend herself and can kick butt when the occasion requires it but for some reason she didn't stand out amongst all of the other YA heroines I have come across. The twist about her birth was good and definitely wasn't what I was expecting but again I needed more explanation - I don't understand how her eyes could be violet but I can't say any more about that without giving spoilers. The author has included lots of little twists on the more familiar mythology that we all know and this injected humour into the story. Sometimes this worked better than others though - I laughed at the twist regarding garlic but the author's take on werewolves felt too far fetched and just came across as ridiculous to me.

The other characters had potential but none of them really lived up to it, they feel too cardboard cut out at the moment and I need to see them given more depth in the next book. Dawn's recruits consist of Brooke, Sophie, Hunter and Seth. Brooke has spent the 50 years since she became a vampire travelling around the country starting at different schools so she can become the cheerleading captain and try to get voted prom queen. She was just as irritating as you could expect a vampire who is sixty seven going on seventeen to be and I wanted to scream every time she opened her mouth! I had hoped to see something more than the boy obsessed cheerleader by the end of the book but sadly it didn't happen. Sophie could have been really interesting and we did get a hint of a tortured background but it came a bit too late and throughout the rest of the book she was pretty much a nonentity. Hunter was an ex pop star and now drug addicted alcoholic who spent most of the book in withdrawal and hardly had any role to play. Then there was Seth, the geeky computer nerd who was accidentally turned by Brooke and spends most of his time complaining. We also had the beginnings of an obligatory love triangle with the human boy Ethan (who was quite obviously keeping major secrets from the beginning) and the vampire Sebastian. Sebastian did hold my interest more than any of the other characters but we didn't get to know him well enough for me to particularly care who Dawn ends up with.

Despite the problems I had with this story I do think that this series could turn out to be really good if the author works on adding detail to the world building and spends more time fleshing out the characters. She has the basic groundwork in place for an interesting world and each of the characters has room to grow as the series continues. ReVamped was a quick and light hearted read that I was able to finish in a few hours and I will be checking out the next instalment to the series ReAwakened to see where things go from here.

Source: I read this book for team #SebastiansAngels as part of the #ReVampedRelay organised by the author.