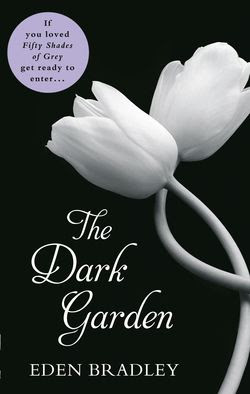 Are you ready to surrender?

When Rowan Cassidy meets Christian Thorne in an exclusive club, he challenges everything she's ever believed about herself.

He then makes an outrageous proposal: give herself over to him completely for thirty days and discover her most secret fantasies and her true nature.

Give in to absolute pleasure with Eden Bradley's romantic, liberating and utterly addictive debut novel.

I really loved Christian's character, the way he is so caring towards Rowan and he works so hard to slowly bring out her submissive side was really sweet. Although he is a Dom he was very patient with her and took the time she needed to gradually push past her fears. Rowan had been badly hurt in the past and was terrified of the idea of giving someone else control over her life. She has spent years hiding her submissive nature and trying to convince herself that she is a dominant so it isn't easy for her to accept the feelings that Christian brings out in her. I think most of us can find it easy to relate to her struggle to give up control - although the idea of submission intrigues me I don't know if it is something I'd actually be able to do in reality. The way their relationship developed felt very natural although I did find the ending a little rushed.

I also really enjoyed the side romance between April and Decker, in fact I developed a serious crush on Decker and would have loved to have seen more of him. April is a natural submissive and although she is newer to the BDSM scene than Rowan I liked the way she helped Rowan put her feelings into perspective. My only complaint was that I wanted more of their story - and would have especially loved to have seen some scenes from Decker's point of view. I wanted to know why he did certain things and to see him explain his actions to April. They make such a perfect couple that I would have loved to read about them in a full length book.

Overall The Dark Garden was an enjoyable read and one I would recommend. This is the first book I've read by Eden Bradley and I'll definitely be looking out for more of her books in the future. Don't pick this up expecting to find something similar to FSoG or you might find yourself disappointed. However, if you pick it up wanting to learn more about what it is like to become a submissive and hand complete control to someone else then you'll find it an enjoyable read.